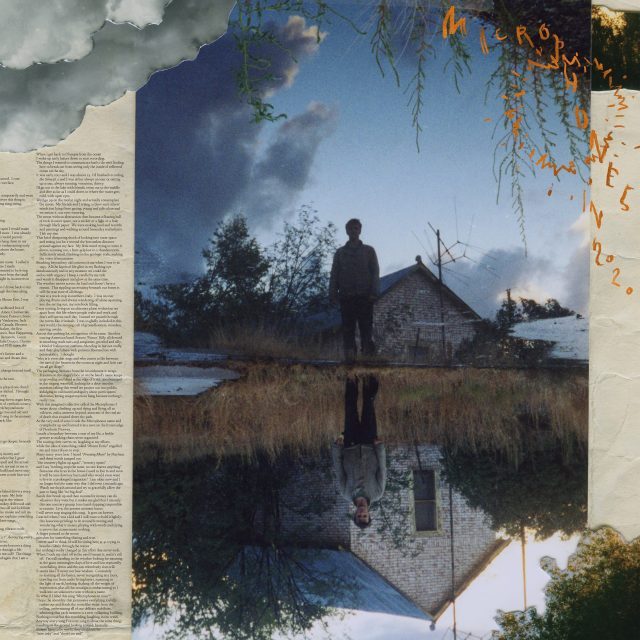 After 17 years, Phil Elverum resurrects The Microphones for a beguiling, cryptic album consisting of one long track.

For Phil Elverum, the past, present and future have a permeability which is both eternal and inconsequential. It’s been 17 years since Elverum released Mount Eerie under The Microphones moniker, so it feels significant that now he should choose to revisit the project. Since the passing of his wife Genevieve Castree in 2016, Elverum has explored life and death in an internalised manner to devastating effect, as the heart-rending A Crow Looked At Me and Now Only documented. These are themes that are discussed in great detail in Microphones In 2020, however, where in recent times there have been questions about the inconsequential nature of existence, on his latest LP Elverum is exploring the matter in the kind of holistic way in which only he can. The results are equally as thought-provoking as they are beguiling.

At a little under 45 minutes and featuring just the one track, this is unmistakably an Elverum project. As he so often does, he immediately invites us into his world; the first 7:40 of the record is spent setting the scene; gentle guitar chords soothe as much as they spellbind as we are eased into the album, ready to explore its meaning.

Instrumentally, Microphones In 2020 is an atypical Elverum piece; lo-fi guitars wash over you and provide an interesting constant as the lyrics search for their answers in each corner of his life. Moving into reverberated bass which bounces and fleets away as quickly as it enters, the calming nature of the sound almost echoes and laughs at the difficult questions Elverum is tackling. When the record removes itself from its looped guitars the instrumentals challenge with feedback and scratches used infrequently to wonderful effect, each flourish and extra instrument adding a splash of colour to the record.

At 26:54, the song removes its guitars instead opting for a mix of waves and loops which characterised the latter-day ambient Microphones work, abut after two minutes the early instrumental guitars return and again we are invited back to explore. The repetitive tones and textures providing a sense of acuity into what is being said. The grandiose nature of the record is its greatest appeal and the conflict which arises within it is its strength. Constantly searching for answers, not stopping to ask questions along the way everything is poignant. Lyrically, Elverum is as captivating as he ever has been. Sharp imagery is a constant, with a devastating sense of beauty its theme, its prose is concise and every moment is magical in its meandering majesty.

Stated in a Mark Kozelek-styled prose, Elverum uses the length of the track to be able to return to ideas in an all-encompassing style. Details into childhood, the early stages of his musical career, and questions of how long this will last are contrasted by thoughts of consequentialism and the irony of the singing of death without experience it first-hand, only to be cut apart when the matter stares at you first-hand.

Ultimately, Microphones In 2020 is a superbly written piece that provides an answer to grandiose questions in a way that fully cements Elverum as a premier songwriter in the modern-day. There may not be a simplistic answer to anything he’s said, but the LP is a thought-provoking challenge that constantly excites lyrically and enthralls instrumentally. From the looped guitars to crashing waves of electronics and field recordings, it’s a piece that needs to be taken in and allowed to envelop you. (8/10) (John Tindale)

Listen to Microphones In 2020 by The Microphones here – and tell us what you think below!