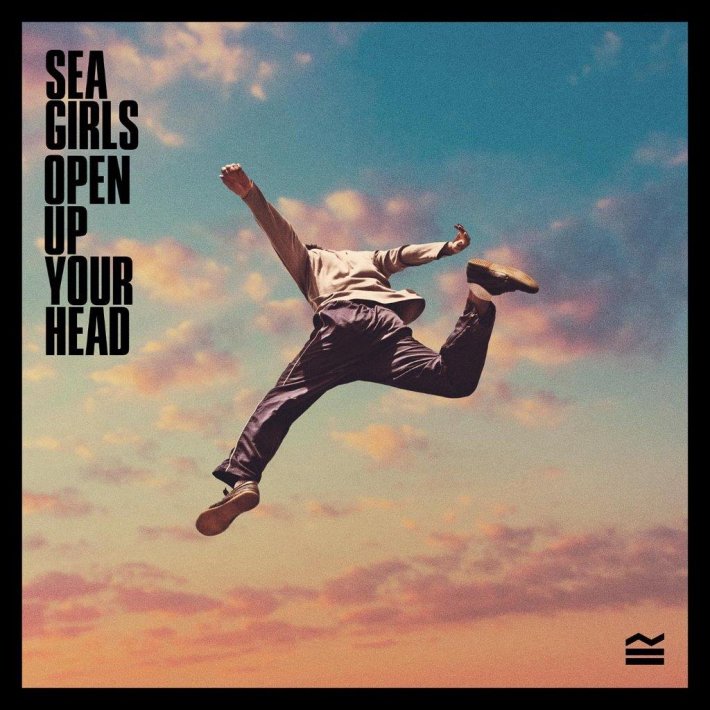 Songs designed for the live arena translate solidly to record on Sea Girls’ debut ‘Open Up Your Head’.

It hasn’t really felt like summer this year. There’s an obvious reason for that, of course, but for the purpose of this article we’re talking about the lack of festivals and gigs. Fortunately, Sea Girls’ debut album, Open Up Your Head, is here to remind us of exactly what we’re missing, consisting of music that is so clearly best suited to gigs and festivals. There are Circa Waves-esque vibes to it, but there are also so many other noticeable influences throughout. The inescapable feeling, however, is how much of a shame it is that it has to be enjoyed at home, because you know that listening to it live would add much more to the whole experience.

There’s an underlying sense of youthful camaraderie to Open Up Your Head that requires a live audience for its greatest effectiveness. Henry Camamile and his three bandmates reflect on previous experiences, both good and bad. A lot of songs are about love and relationships such as ‘All I Want To Hear You Say’ and ‘Lie To Me’, although there’s a theme of reaching out, almost desperately, to exes, which gets tiresome after a while. It does feel like Sea Girls acknowledge this as there is a change of theme towards the end, like they were also getting fed up and decided to move on. This reflected in the overarching sense of resolution in the album’s final song ‘Moving On’, which does suggest that they’re done with this period of their lives and ready to move on to next chapter.

Open Up Your Head is a perfectly decent first album, but it really does need to be experienced live to help carry it through – with a running time of 50 minutes, it drags in its second half. Nevertheless, the quality of the final song reminds you that it’s just the beginning for Sea Girls which is a reason to be positive, even if they’re going to require something special to avoid becoming just another landfill indie band. (6/10) (David Allsop)

Listen to Open Up Your Head by Sea Girls here via Spotify, and tell us what you think below!