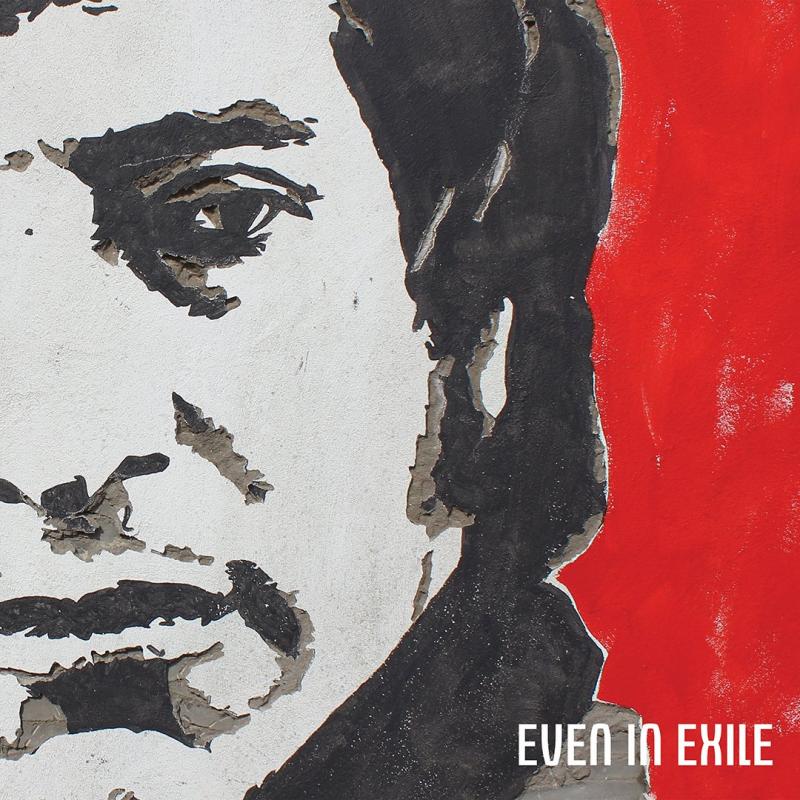 It’s entirely in keeping with the Manic Street Preachers ethic that James Dean Bradfield should focus on the life and story of Victor Jara, the Chilean musician and activist murdered by Pinochet’s fascistic thugs in 1973 soon after the military coup that ousted the socialist government of Salvador Allende, for his first solo album in well over a decade. Of course, Bradfield is not the first Western musician to draw influence from Jara, with diverse artists ranging from counter-cultural stalwarts like The Clash and Calexico to stadium-rock giants like Springsteen, Simple Minds and U2 referring to him in their work. Thusfar, however, no musical work before Even In Exile has attempted to tell his story in this kind of depth.

With lyrics adapted from poems about Jara by Welsh playwright and poet Patrick Jones – the older brother of his Manics bandmate Nicky Wire – set to music composed by Bradfield, Even In Exile is a reflective, thought-provoking and richly rewarding collection of songs. The overarching feel is of a soundtrack to a film that doesn’t yet exist. While the themes of peaceful defiance through music, poetry and art (messages that Jara evoked throughout his life, and ones that Bradfield has discussed on his mini podcast series ‘Inspired By Jara’) the songs are flecked with pieces of narrative, interspersed with instrumentals that focus on texture and emotion – check out the dynamism of ‘Seeking The Room With The Three Windows’ or the calm, filmic coda of the gauzy ‘Santiago Sunrise’.

Critically, that narrative isn’t just restricted to Jara himself: a number of moments, such as ‘From The Hands Of Violeta’ and ‘Without Knowing The End (Joan’s Song)’, tell the story from the points of view of some of the women in his life who knew him and influenced him, such as his wife, Joan Jara, and fellow musician and activist Violeta Parra. As well as being compelling in terms of biography, Bradfield’s music could hardly be better tailored to the narrative. Some of the rockier, more straightforward tracks, like the singles ‘Without Knowing The End (Joan’s Song)’ and ‘The Boy From The Plantation’, are fuelled by the same sturm und drang as latter-day Manics at their most anthemic.

However, there are gentle South American musical influences that mix in with the more melancholic moments, such as the tension of the drumbeats in ‘There’ll Come A War’, the fingerpicked intro to opener ‘Recuerda’ that gives way to graceful, mature MOR, and the beautiful ‘Partida’, the only straight cover of Jara’s music on Even In Exile. For Manics watchers, there’s also a backlink in ‘Recuerda’ to 1998’s should-have-been-a-single ‘Ready For Drowning’, mentioning again the fate of the Welsh village Capel Celyn, evacuated and flooded in the Sixties to provide water for Liverpool.

The cinematic nature of Even In Exile, dictated by the occasional instrumental passages, is very occasionally cause for the concentration to lapse if you’re only engaging with it for the first time. However, repeated listens reveal a vivacious and intelligent songwriting talent at work. Just like the Manics when they’re at their finest, Even In Exile makes you want to find out more about its subject, and that’s the greatest compliment you can pay to it. (8/10) (Ed Biggs)

Listen to Even In Exile by James Dean Bradfield here via Spotify, and tell us what you think below!

Another refinement of a very well established style, John Dwyer's…