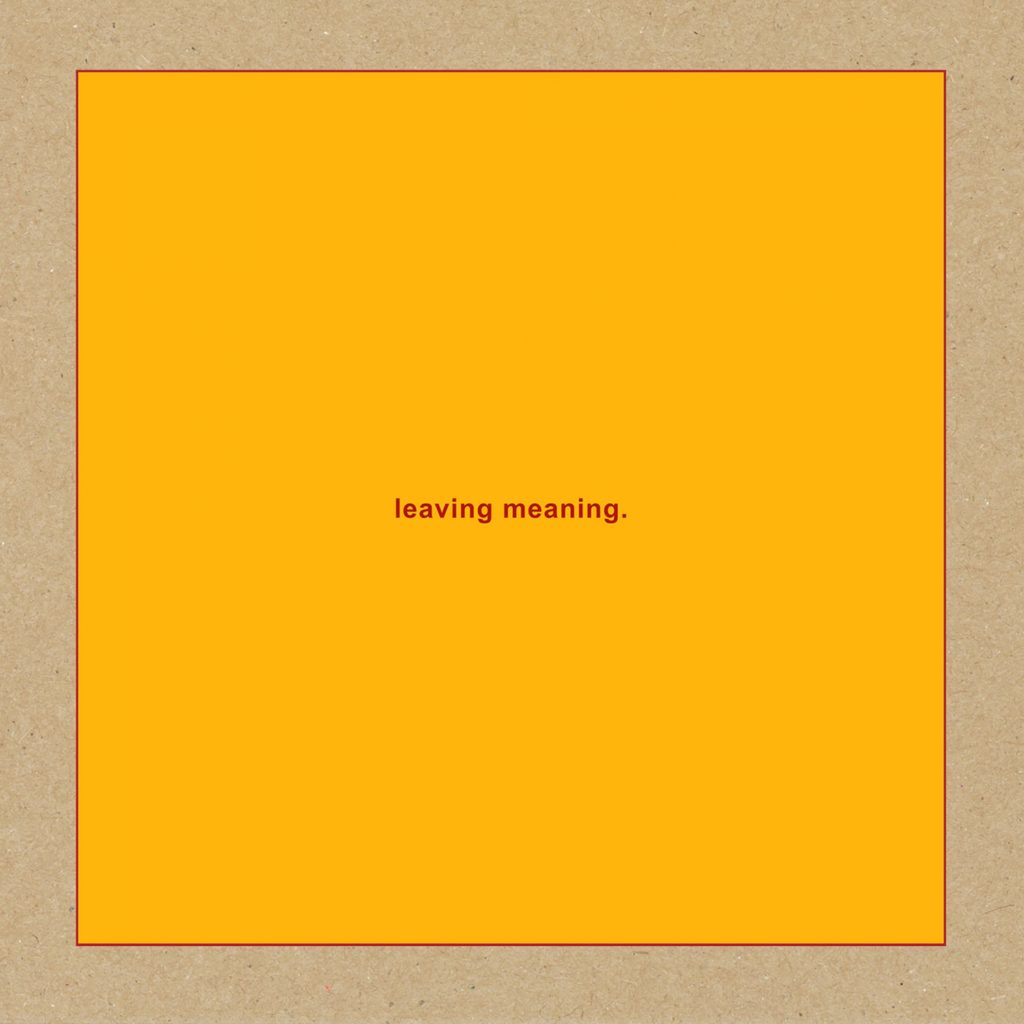 Michael Gira’s latest iteration of Swans is rather similar to that which gave us three consecutive masterpieces, but ‘Leaving Meaning.’ isn’t quite as revelatory.

When Michael Gira announced a couple of years ago that he was dissolving the line-up of Swans that had delivered three thematically and sonically linked masterpieces in a row throughout the 2010s, many new and established fans of the band would have wondered where he was going to take his life-long project next. That triptych of albums – 2012’s The Seer, 2014’s To Be Kind and 2016’s The Glowing Man – had been characterised by cinematic, ruthlessly economical and incredibly long rock that sat somewhere between no-wave, black metal and post-punk, so it was hard to imagine Gira travelling further down that path.

A cursory glance at Leaving Meaning., however, suggests that Gira has merely tinkered with the chemistry of Swans rather than overhauled it. Although he’s worked with constantly shifting group of session musicians picked with a unique feeling for each song in mind, as opposed to a fixed line-up, much of it sounds familiar. With a dozen songs clocking in at a hefty 93 minutes – slim compared to their last three records though it is – he’s clearly not lost his penchant for lengthy epics, with four of the tracks breaching the 10-minute mark. What has subtly changed, though, is the emphasis and tone of the music: mournful and delicate in many places, where its predecessors were heart-swallowingly epic.

After the misty, slow-moving ambience of the brief, two-minute opener ‘Hums’, the austere ‘Annaline’ offers to set the tone for Leaving Meaning. – Gira’s clear, time-worn baritone coming on like a drawled, even sadder version of Matt Berninger’s vocals. But it’s something of a red herring for the main body of the record, with ‘The Hanging Man’ establishing the same kind of hypnotic and unbroken tension as Swans’ last three albums – a taut, repeated figure complete with gibbering, incantatory vocals. The closing ‘My Phantom Limb’ is the most disquieting of the bunch, an overload of grueling no-wave decorated with over-lapping spoken-word sections disorientating the listener.

The solemn ‘Leaving Meaning’, with its ringing piano figure, is similarly structured (if somewhat more ambient) to recent epics like ‘Screen Shot’, and is the clear highlight of the album. The wide-eyed ‘It’s Coming It’s Real’ seems to have proselytising feel to it, but in a positive manner, a new demeanour for Michael Gira’s typical work. Less successful is the horror soundtrack-esque ‘Sunfucker’, beginning with its quasi-tribalistic chanting and ululating from Gira and a backing choir, but mutating halfway into something disappointingly mundane. ‘The Nub’, apart from some ghostly effects, passes without incident.

For all that, though, Leaving Meaning. does let us at least glimpse a different side of Swans on a few occasions, albeit a more melodic one that revisits the likes of The Burning World, the group’s solitary major-label release from a whopping 30 years ago which split fans and commercially under-performed. ‘Cathedrals Of Heaven’ is like a folk song rendered through drone rock. Even ‘Leaving Meaning’ retains a sort of soft accessibility, despite its repetitive and lengthy structure. The gentle and delicate brace of tracks ‘Amnesia’ and ‘What Is This?’ are gaseous, all-enveloping atmospheres that serves as a break from what came before.

Quite how long Michael Gira will continue with his latest method of creating Swans material isn’t clear, but on the evidence of Leaving Meaning., it’s not as consistently successful as what he’s delivered in years gone by. (6/10) (Ed Biggs)

Listen to Leaving Meaning. by Swans here via Spotify, and tell us what you think below!