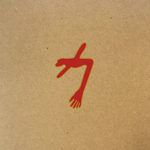 Following the reformation of his legendary, pioneering no-wave/noise rock outfit Swans at the end of the noughties, Michael Gira has overseen the most powerful, emotional and, arguably melodic sequence of albums in the band’s catalogue. Only hinted at in 2010’s returning effort My Father Will Guide Me Up A Rope To The Sky, this monstrously epic iteration of Swans, dealing in songs that more often than not last nearly half an hour at a time, came to full bloom on 2012’s The Seer and 2014’s To Be Kind, which stand as two of the most stunning accomplishments in alternative music of this decade so far. Punishingly epic, physically draining and emotionally cathartic at eight tracks and nearly two hours long, The Glowing Man purports to be the last such album with the line-up that has served him so well over the last six years, featuring two skilled guitarists in Christoph Hahn and Norman Westberg but also twin drummers in the shape of Thor Harris and Phil Puleo.

With music as distorted, distended and downright physical as this, there’s little else to compare it to except other Swans albums, or the doom-metal merchants like Sunn-O))). Featuring three tracks that last well over the 20-minute mark, The Glowing Man picks up where To Be Kind finished – as an exploration of the recesses of the human mind, the contradictions and choices we make for good or evil that define our humanity. This is conducted not only through Gira’s broken lyric fragments but primarily through the compositional brilliance on display. To actually get a piece of music to hold together, as a coherent whole, for such a massive amount of time is rare – to get an entire album of such songs to work together as a sequence is an astonishing achievement. And this is the third such time Gira has accomplished it. Therefore, it’s best to see The Glowing Man, its two predecessors and Swans’ entire career as the transcendental effect of sound and noise on one man.

The opening track ‘Cloud Of Forgetting’ opens in ethereal fashion, with shimmering guitars and piano, before building imperceptibly on a stately, anxiety-ridden undertow. It’s an exercise in restraint, comparatively speaking, which continues into the linked track ‘Cloud Of Unknowing’. Eventually, Swans lock in to the kind of metronomic, deathly precise rhythm they’re now so closely associated with about 10 minutes in. Reminiscent of To Be Kind’s centrepiece ‘Toussaint L’Ouverture’, it then brightens into something a little more contemplative and less harrowing towards the end of its 25-minute length, despite Gira’s dead-eyed intonations.

The ruminating, patient rhythms of ‘The World Looks Red / The World Looks Black’, building incrementally with great use of a simple synthesiser motif that gets stronger as the track progresses, is a great display of the compositional strength of this iteration of Swans. ‘Frankie M.’ is another multi-segmented marvel, beginning with an eerie cloud of backing vocals and Gira’s wordless moans, before hitting the chugging, doom-laden and dramatic atmospheres in a textured mid-song section. Surprisingly, Swans then hit something approaching a groove, with Gira sounding the closest he’s come in a long time to a traditional rock track, with a bright vocal performance. Showing us that the line between spirituality and evil is a thin one, this changes into an outro that offers the listener catharsis from absolute despair.

‘When Will I Return?’ offers the most intriguing moment of all, with his wife Jennifer Gira taking charge of vocals and seemingly recounting repelling a terrifying assault (whose nature may or may not be sexual). Those of you aware of the allegations aimed at Gira earlier this year will want to make up your own minds as to any deeper significance. It’s set to a stalking, menacing rhythm (like many recent Swans tracks), and the drama is palpable. This feeling is continued in the next track, which is the album’s centrepiece and feels like the endpoint of a massive sonic journey, one that Swans have been building up to for half a decade. The sheer malevolence in 29-minute ‘The Glowing Man’s first movement, reigniting itself at around the 7:30 mark in a pummelling rhythm reminiscent of their very earliest work in the 1980s, is astonishingly bleak. However, it then about-faces and launches into something fast-paced and demonic, like something Queens Of The Stone Age might have contemplated at the start of their career, before falling into a cataclysm of piano. It’s a relentlessly, savage experience, and shows Swans at their impeccably organised best.

After so much sonic brutality and emotional trauma, The Glowing Man ends on a note of resolution with the appropriately titled ‘Finally, Peace.’ The full-stop at the end of the title says it all: with piano twinkles and an airy bounce in its rhythm, it is as if the record has finally emerged into the light after an eternity of darkness – beaten, damaged, but free. It feels like an intensely spiritual moment for Swans and Gira. After this record, who knows whether he’ll revive Swans again, as he spent nearly 14 years after their first break-up in 1997 happily making albums with his folk-influenced side project Angels Of Light.

The serious accusations of sexual assault currently hanging over Gira’s head (which he denies) are deeply regrettable, least of all because they will overshadow this record, which ought to be held up for what it is – the final instalment of the most breathtakingly powerful sequence of recordings in this venerable band’s long history. While it may not say anything that The Seer and To Be Kind didn’t already say so spectacularly, it’s nevertheless unbelievably impressive, even at very nearly two hours long. After three sonically brutal but awe-inspiring records of forcing the listener to delve into the innermost workings of the human psyche, not necessarily liking what they find but embracing the moral conundrums thrown up by the paradoxes in human behaviour, The Glowing Man captures Swans approaching something resembling a resolution. (8/10)

Listen to The Glowing Man here via Spotify, and tell us what you think below!