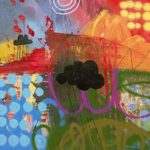 An artist employing the aid of external songwriters in the 21st century is by no means unusual. Whilst the music industry remains dominated by large corporate record labels, commercial viability has never been so important and if the writing talent doesn’t match up to the attractive image, the necessary precautions must be taken. Perhaps with something to prove, the title of Jake Bugg’s new record, On My One aptly references his first attempt at an album written solely as an individual songwriter. Although his 2012 self-titled debut appeared to mark the arrival of a young artist set to embark on a long and prosperous career, On My One follows his less inspiring 2013 album, Shangri La in an effort to rejuvenate his potentially stagnating career. His third album therefore being the make or break point of his career so far, Jake Bugg leaps into uncharted waters as he looks to prove his artistic independence.

‘On My One’ being a colloquial phrase from his hometown of Nottingham meaning ‘to be on your own’, the album begins in typically surly Jake Bugg style with the title track in which he reminisces about his isolated time on the road. Although the sombre twang of his acoustic guitar sets the mood accordingly, Bugg sounds like a self-proclaimed, old school blues musician who at just 22 years of age believes he’s seen and achieved enough to warrant an overly weathered tone to his lyrics. Of course this not being the case, Bugg’s approach comes off as transparently false and unjustified, and doesn’t fall well on the ear.

Another recurring issue lies within the album’s coherence. Although many will stray from giving any praise whatsoever to his previous two records, what you can’t take away from them is the distinct trend in sound. Whilst his debut combined everything from Bob Dylan to early Beatles before progressing to Shangri La’s more rigid approach on the guitar, On My One marks an artist lost in his own perception of style. ‘Gimme The Love’, channelling Second Coming-era Stone Roses, is clumsy and the obvious result of Virgin EMI demanding a hit single from him. ‘Ain’t No Rhyme’ veers off on an immediately unwelcome tangent that involves Bugg half-heartily attempting to rap. That’s right, you heard me, rap. To give him a modicum credit, the funk-stained riff on ‘Ain’t No Rhyme’ is undeniably catchy, but considering the track’s poor and somewhat patronising attempt in dealing with Bugg’s sympathy towards social injustice and poverty, the whole song kind of totally misses its own point and ends up just being something that’s easy to tap your foot to.

Having probably envisioned new single ‘Love, Hope And Misery’ to be the dramatic sing-along album epic, Bugg’s vocal lets him down in spectacular fashion with whines of, “I’m just a man” not having anything like as much power as it sounds it should. This is a continuing theme throughout the entire record as over and over again, Bugg’s limited vocal range undermines his ambition to write his desired grand masterpiece. Although his desire for artistic independence is admirable as a theory, in practice On My One spirals away from Bugg’s strengths and demonstrates his absence of any real platform without a guiding hand for him to grasp on to. (4/10)

Listen to On My One here via Spotify, and tell us what you think below!