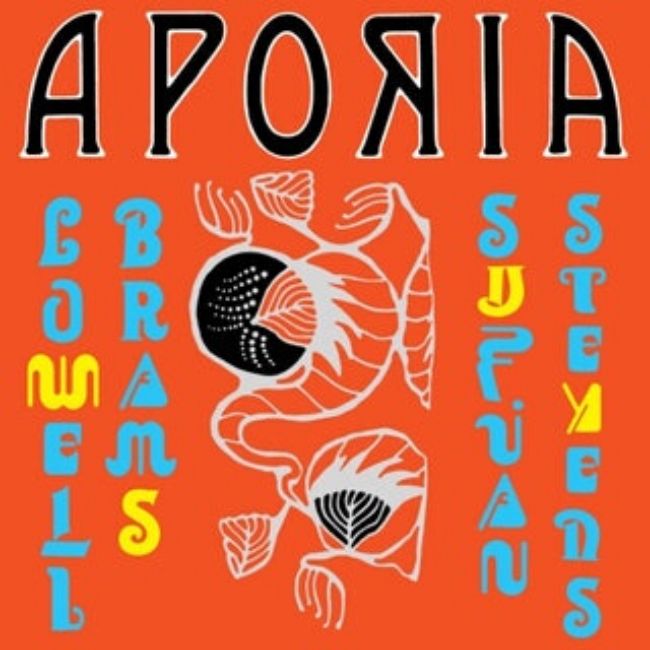 A curate’s egg only of interest to hard-bitten Sufjan fans, ‘Aporia’ is a series of frustratingly half-formed good ideas recorded with his stepfather Lowell Brams.

Aporia is the long-awaited new album from indie phenomenon, singer and songwriting icon Sufjan Stevens, but it’s not quite the package that his ravenous and enthusiastic fanbase might have expected. It’s a series of collaborations with Lowell Brams, a familiar name referenced in Stevens’ last outing Carrie & Lowell, who is his stepfather and business partner with whom he established the Asthmatic Kitty label.

Sufjan Stevens has made his name as a prodigy and legend of the 21st century era of indie-folk with his soulful melodies, painstaking lyricism and beautiful composition on masterpieces Michigan, Illinois and Carrie & Lowell. It seems forever ago when Stevens semi-seriously envisioned releasing 50 albums, one for each American state. But since, he’s moved on to releasing several EPs of Christmas songs and various collaborations and even earned a nomination for an Oscar for ‘Mystery Of Love’. After such illustrious and acclaimed output, we come to Aporia, another curveball in a career characterised by them.

Aporia marks the departure of Brams from the record label, and this experimental new age album is the testifying proclamation of love that Sufjan portrays for his stepfather. His interest in music was heightened by Lowell with their jam sessions that they had when Sufjan was young, and this arrangement of their various experiments is in a way appropriate for the situation, where each song feels like an atmospheric ambience you find near the end or in the credits of a movie. A beautiful sentiment which unfortunately doesn’t equate to a great album.

The teaser tracks that were released flagged up that Aporia might be tricky going, extremely experimental in a nature similar to that of 2010’s inscrutable The Age Of Adz,but what sets this apart is the fact that there is almost no acoustics involved in the development of Aporia, where it was all electronic composition with glitchy synths. The teaser tracks were too scattered to get a general overview on the tone of the album, something that can only be derived after a holistic listen. But even after going through the whole album, there seems to be no concrete, overarching feeling.

The major problem with this album is that almost every track is too short-winded to develop into something remarkable. Every song in this 22-track piece is basically a thumbnail sketch, characterised by synths and electronica. Abrupt endings plague this instrumental record so much so that it borders on irritating, a feeling distinct from euphoria, catharsis or melancholy that seem at the centre of every previous Stevens record. There are some tracks that have the potential to be beautiful, even charming, but do not get the turnover they deserve.

All the facts presented above interlace into a whole that can described as disappointing, to say the least. Ultimately, it feels unreal that Sufjan Stevens, legend of the indie-folk scene, should release something so fundamentally inessential. A curate’s egg of a record, for those interested in a deep dive into Stevens’ personality. (2/10 by Sufjan’s standards, 4/10 by everyone else’s) (Aryan Agarwal)

Listen to Aporia by Sufjan Stevens & Lowell Brams here via Spotify, and tell us what you think below!