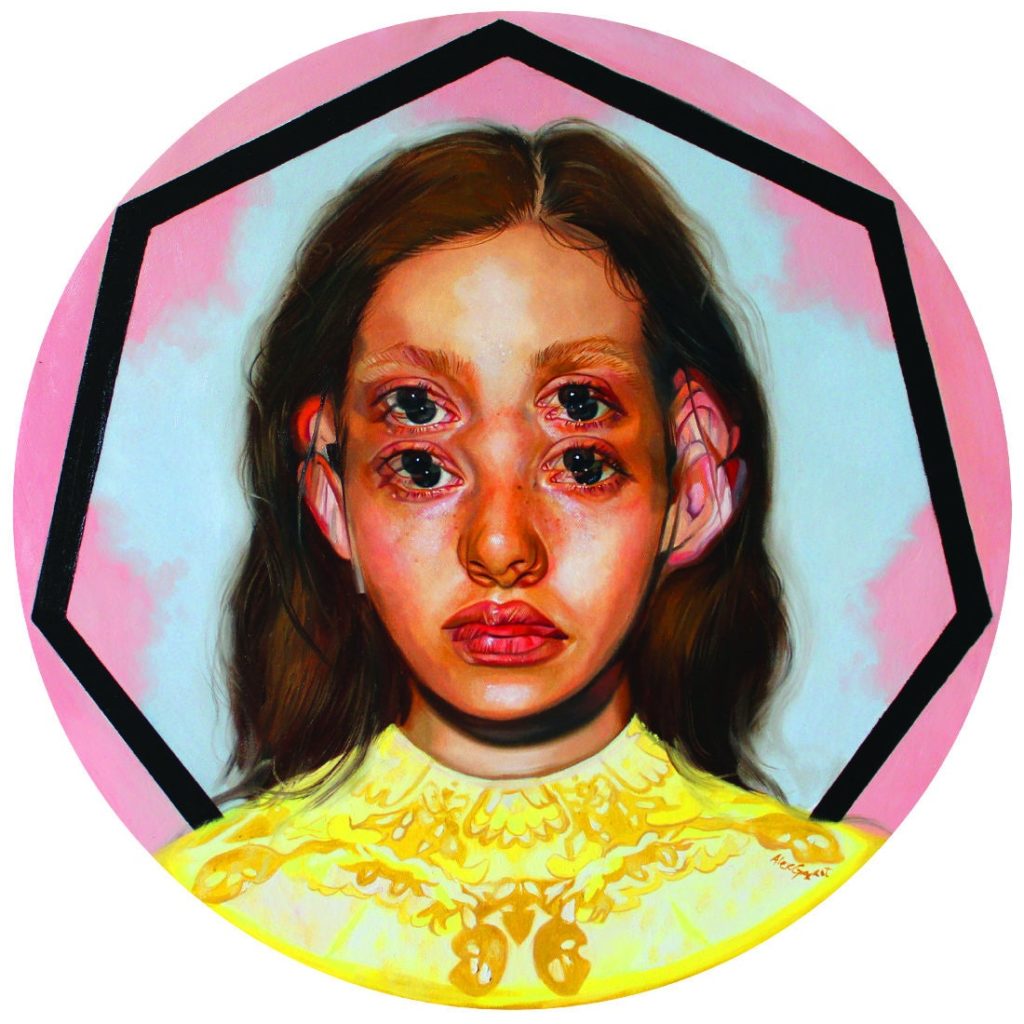 An album suffering a slight identity crisis, split between jazz, electronica and punk, ‘100% Yes’ is a blip for the talented Melt Yourself Down.

Since the late Sixties, jazz has been at its best when it has served as a tool for collaborating with genres, absorbing what it is offered and morphing into a distinct style that is undoubtedly jazz. For Melt Yourself Down, the last decade has seen the expansive group solidify their spot as one of the key performers in UK jazz by fusing elements of North African percussion into a free-flowing brass sound. Built upon a wonderful combination of stalwarts, led by saxophonist Pete Wareham (formally of experimental pioneers Acoustic Ladyland), the group served as a formative place of learning for Shabaka Hutchings (Sons Of Kemet & The Comet Is Coming). Now on album three, 100% Yes, the group evolve further, but not every attempt at innovation hits its mark.

Opening track ‘Boot And Spleen’ almost epitomises the failings of 100% Yes; lyrically, the track attacks colonial Britain profoundly, but the message becomes lost in its latter stages due to the poor mixing between the backing and main vocals. Instrumentally the track is aggressive in its blend of saxophones, losing impetus in its outro, and as such delivering a flat note to open.

Flat could be used to describe large portions of 100% Yes. ‘Every Single Day’ says nothing profound on the problems of over-consumption of social media, with a terrible vocal effect making things all the worse. The track does not ignite sonically until the superb surging bridge of electronics, frustrating all the more as the capabilities of Melt Yourself Down show themselves in full.

For all its failings, though, Melt Yourself Down are too good to not strike gold at least a handful of times on 100% Yes, and that is never more apparent than on ‘It Is What It Is’. The deep tones on the saxophones are served excellently by energetic guitars and keys, while the heavy crashing drums give the track a pointed energy reminiscent of the punk-infused jazz of the early-Eighties, which is missed at times on the record.

Single ‘Crocodile’ is another great example of how Melt Yourself Down have positioned themselves at the forefront of the genre; a snappy vocal delivery, combined with saxophones drenched in psychedelia and reverberating electronics which evoke John Zorn encompass the record and give 100% Yes new life. Elsewhere ‘Born In The Manor’ fully allows the superb drumming of Dave Smith to take the forefront. Subtly supporting the slower instrumentation and disparate vocal, the solo in the breakdown provides a truly standout moment with the raw vivaciousness a joy to behold.

But ultimately, 100% Yes is a mixed bag of a record, something exemplified by the lack of lead sound. There’s not a coherence to the record where there has been on previous efforts. Guitar led cuts ‘Chop Chop’ and ‘This Is The Squeeze’ both show promise without ever fulfilling it, whether that be because of obnoxious vocals in the latter or just not knowing when to end in the former.

100% Yes is disappointing because there are moments where you hear the talent on show – and lyrically this is the best Melt Yourself Down has ever been. But, much like the evolving cast, this feels like a sound in transition that doesn’t know what it wants to achieve yet. Is it a continuation of the fusion of North Africa and the UK’s experimental jazz, or is it simply an electronic jazz record with a punk homage? By trying to be both, it ultimately ends up as neither. There’s a lot to applaud in constantly pushing and not settling on one sound, but on 100% Yes, unfortunately, the group has produced their worst record yet. (5/10) (John Tindale)

Listen to 100% Yes by Melt Yourself Down here via Spotify, and tell us what you think below!