REVIEW: The Comet Is Coming – ‘Trust In The Lifeforce Of The Deep Mystery’ (Impulse! / UMG) 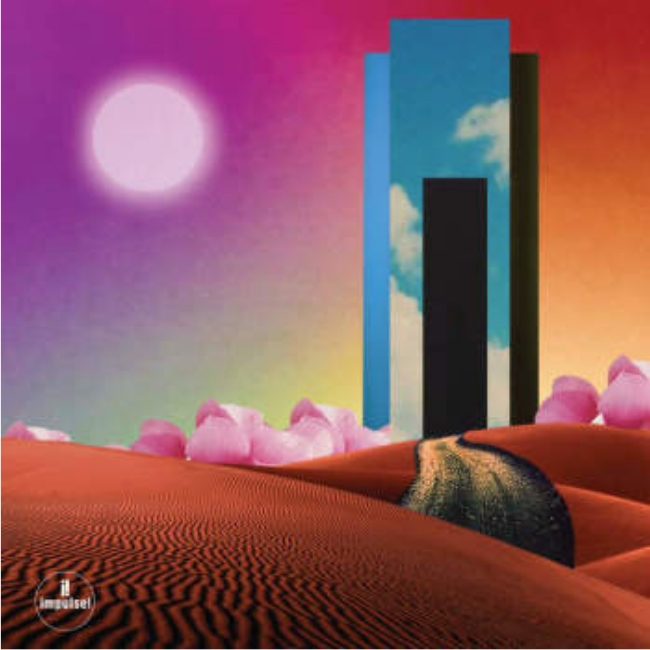 Shabaka Hutchings’ brilliant career continues with ‘Trust In The Lifeforce Of The Deep Mystery’, the invigorating sophomore record from The Comet Is Coming.

When people describe the London jazz scene as being as vibrant as it ever has been, few could argue that this indebted to the incredible work of Shabaka Hutchings. Leading the crossover success story Sons Of Kemet, the group captivated the world in 2018 as they broke through into the mainstream with their incredible Your Queen Is A Reptile album, nominated for last year’s Mercury Prize. This was an album which invigorated all that listened. Incorporating Afrobeat and off-the-wall percussion, the record was an instant success story for Hutchings. A year later, the saxophonist and band leader is back releasing music under his The Comet Is Coming moniker with sophomore record Trust In The Lifeforce Of The Deep Mystery, and though it’s certainly different to those only familiar to Hutchings’ work with Sons Of Kemet, the results are just as invigorating.

Where Sons Of Kemet and The Comet Is Coming differ is in the way in which language is used; in the former, vocals and duelling percussion take the forefront, whereas TCIC is a project where its anarchic nature comes more purely from the instrumentation. The saxophone fights with the drums, the drums with the synths and so on, to create a bombastic sound full of life.

Opening track ‘Because The End Really Is The Beginning’ ushers in the record superbly. Reflective in its sound, cymbals shimmer and brass weaves its way into one’s head as we are slowly hypnotised into another world. From this delicate beginning, the album takes lift-off during the frantic ‘Summon The Fire’; synths drive forward the record as the saxophone and drums vie for the limelight. It’s a wonderfully crazy track, encapsulated by the screeching work of Hutchings’ saxophone.

Elsewhere, ‘Super Zodiac’ flows magnificently into ‘Astral Flying’, a track which could just as easily find its way onto a film soundtrack as it could lighting up the underground. The production and mixing is scintillating yet subtle adding another dimension to the LP as the tracks dip into post-rock and psychedelia on their ever-expanding voyage.

For that’s what this album is: a journey. Where previous experiments had seen the world burned to the ground on Channel The Spirits, this record completely dives into the rebirth process into a new world, as if Shabaka Hutchings and co. are akin to Noah leading us away from the flood. Throughout the record’s 45 minutes, we are treated to a plethora of experiences each creating just as much intrigue as what has come before it. Whether it be the almost tribal calming nature of ‘Unity’ or the explosive ‘Timewave Zero’, Trust In The Lifeforce… always challenges and never fails.

Consistently creative in its instrumentation, the record never feels as if it needs to explicitly tell you what it is saying – it is instinctive, it is universal. So when on ‘Blood Of The Past’ we are treated to the spoken word of punk-poet Kate Tempest, it truly resonates. Discussing the failures of global leadership, the track poignantly and emphatically incorporates itself magnificently with the instrumentation to create one of the best songs of 2019.

READ MORE: 100 Years of Jazz – the ten most important records in the history of jazz

Trust In The Lifeforce Of The Deep Mystery only continues to emphasise the prominence of jazz in 2019; this is an album seemingly destined for a Mercury prize nod (the second for The Comet Is Coming but Hutchings’ third). Throughout the project, the three-piece create a blissfully anarchic sound which deserves to be heard by the masses. Like Kamasi Washington and Flying Lotus before him, this is a record with crossover appeal like few can create. Jazz which doesn’t abide by a convention, as all jazz should… for years people have spoken about the death of jazz and it simply isn’t true; The Comet Is Coming prove it. (8/10) (John Tindale)

Listen to Trust In The Lifeforce Of The Deep Mystery by The Comet Is Coming here via Spotify, and tell us what you think below!

Tags: album, John Tindale, review, Shabaka Hutchings, The Comet Is Coming, Trust In The Lifeforce Of The Deep Mystery, UMG