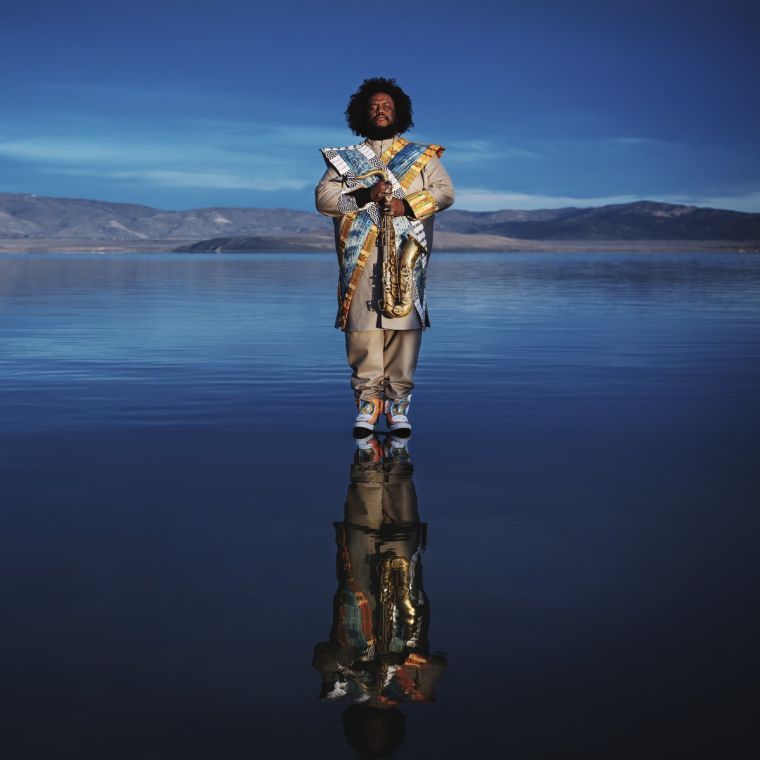 In a 2016 feature for The New York Times, Kamasi Washington – larger than life in both physical presence and sound, a saxophonist, band leader and near-cult jazz figurehead – detailed a saga of a dream he had that inspired the title of his ground-breaking debut triple album The Epic: “I had this dream about a group of young warriors living in a village beneath a mountain. […] At the top of that mountain, there’s this gate, protected by a guard. The warriors spend all their time training to kill the guard and seize control of the gate. One by one, they are defeated by the guard. But the last warrior has the power to win, and the guard hesitates for the first time, because he sees that the warrior’s heart is good and that his own time has come.”

He goes on to explain that the guard is the designated figure “who protects the music and pushes it forward”, and the young warrior is the one trying to replace him and set his own standards, while maintaining the same purpose. After getting the initial observation of Washington’s inclination for grandeur out of the way, one might come to see how underneath the veneer of lofty allegories and metaphors lies a simplistic and clear vision of the handling of tradition.

Kamasi Washington is a cultural anomaly to say the least. A jazz musician headlining popular music festivals and selling out venues typically occupied by rock and pop acts, when jazz as a genre has currently been all but pushed down to the most pretentious of popular culture footnotes. His sound leans heavily on traditional jazz, and some people have commented on it bordering on derivative, but there’s something profound about the exclusively flowy-garment-wearing figure keeping jazz alive in the public consciousness, following events like the Black Lives Matter movement, continuing on jazz’s legacy of being high-brow protest music. And if someone has to be “the guard” of traditional jazz in the mainstream, who better than the guy who contributed creatively on To Pimp A Butterfly, and toured with people like Snoop Dogg and Lauryn Hill.

On the album, Washington seems to revel in the repurposing and re-contextualisation of tradition and texts. Take for example the opening track, a cover of the theme from Bruce Lee’s ‘Fists Of Fury’. In his hands, the classic kung-fu movie track now reads as a call to arms and a manifesto. “Our time as victims is over / We will no longer ask for justice / Instead we will take our retribution”. And in 2018, that seems about as iconic a call as any.

The following ‘Can You Hear Him’ exemplifies all the qualities that make up Washington and co.’s general sound. Big band orchestra, pastoral choir, drumming that always seems just on the edge of bursting into a solo, carefully allocated and time-slotted solos to shine light not only on the excellent musicians, but to evoke the different influences they’re clearly pulling from. Sometimes it’ll be a tribute to John Coltrane in the form of a smashing saxophone solo, sometimes a Stevie Wonder reference in the form of a funky synth. Either way, there’s constantly a wall of sound that never really diminishes or gives you a breather. If you sign up to listen to a Kamasi Washington release back to back, you’d better be ready for two-to-three hours of constant bopping.

Such is the first half, Earth, of the double LP. While the second side also wouldn’t win any awards for minimalism or restraint, it definitely goes for a different type of mood. ‘The Space Travelers Lullaby’ wouldn’t seem out of place on a soundtrack for any of the modern Greek epic (in space) movies. ‘The Psalmnist’ is a peak odd-meter jazz bop. ‘Show Us The Way’ has one of the most grandiose uses of the choir, juxtaposed against one of the biggest instrumental freak-outs of the album on the last leg of the song. It’s just as intense, yet slightly more spacious, both in harmonic arrangements and production. The sense of distance from what Washington describes as the way he perceives the outer world as it is, to his inner worldview and the idealised version of what came before is felt, yet doesn’t seem unbridgeable.

Heaven And Earth once again highlights Kamasi Washington’s strengths as a band leader and songwriter. Channelling his influences and experiences into something urgent and exciting. Aiming for rather simple-concept premises, but executed to the highest possible standard. This second full length release re-instates his place as the current figurehead of jazz and possibly the only person to pull off such ambitious and elevated arrangements without even the slightest hint of dishonest jest or pretension. (9/10) (Ellie Wolf)

Listen to Heaven And Earth by Kamasi Washington here via Spotify, and tell us what you think below!