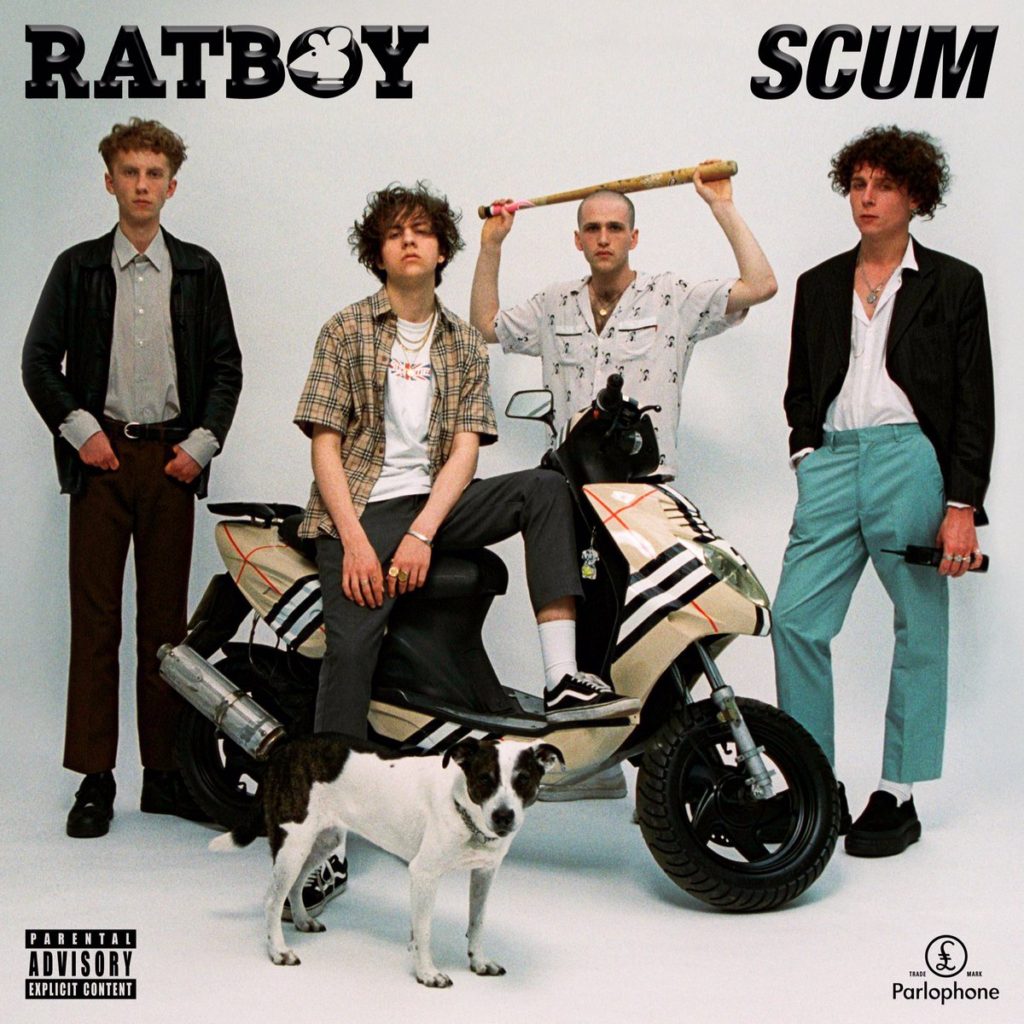 Jordan Cardy, a.k.a. Rat Boy, is doing pretty well for himself. Getting sampled by Kendrick Lamar even before the release of a debut album points to potential, and SCUM is the eventual result. Cardy even emulates the Lamar-esque capitalisation of song titles, and these are all tracks that frankly but whimsically get to the core of everyday conundrums that face today’s youth.

Stylistically SCUM is volatile, and with Rat Boy’s aggressive hip-hop style sandwiched between each new bouncing guitar riff and simple drum sequence one cannot help but be reminded of recent rock and punk greats: Jamie T and Arctic Monkeys’ matter-of-factness is emulated to a high degree here. Rat Boy taps into slower grooves at points too, and on the song ‘TURN AROUND MATE’ his adoption of a ska-pop style adds a cheeriness to his confrontation of bleakness. It’s a frank account of what a young person must go through to survive, turning the other cheek to get by. His offhand style adds a layer of self-deprecation that acknowledges the slight pettiness of such issues but doesn’t at any point trivialise them.

The topics explored move between the personal and the political, and in ‘REVOLUTION’ Cardy expresses his frustration at the suppression and bad press faced by millennials. He explains how he only feels “alright” after he’s put on medication, and how he “can’t breathe right” due to the pollution that makes him cough and splutter, even when spitting out the lyrics to his songs – the generation that complains about young people seems to be the one that has caused most of the problems. He reflects on these complaints in ‘MOVE’ and concedes that for young people today, “everything’s free if you want it to be”.

Cardy presents a chaotic and confused view of the generation he comes from, but this isn’t a drawback, and if anything seems like the most reasonable and accurate account a songwriter with the responsibility of being a voice for such a large group of people can give. This is a responsibility Rat Boy has no problem with, and mixes in anecdotes about his own experiences with the larger statements of the record, and he understands that his personal problems are reflective of something bigger, no matter how small they may be: “not rich, not poor, what you living for?… Can’t afford the bus I used to run for”. Rat Boy also offers a self-critical assessment through his account of love in ‘LAIDBACK’, in which he accepts that his indifference is to blame for his bad luck in finding it.

While SCUM hits the mark in providing some kind of overarching voice for the disillusioned and has a lot of fun doing so, it only feels like it’s doing something new in the sense that it’s particularly pertinent for 2017. The themes of chaos and carelessness that bleed out of each track can be found on so many other records released in the last fifteen years. A mix of styles and Cardy’s frustrated rap drawl aid this to some extent, but for Rat Boy to really succeed in what he’s doing, he needs to create his own space and do something truly different. (7/10) (Josh Kirby)

Listen to SCUM here via Spotify, and tell us what you think below!