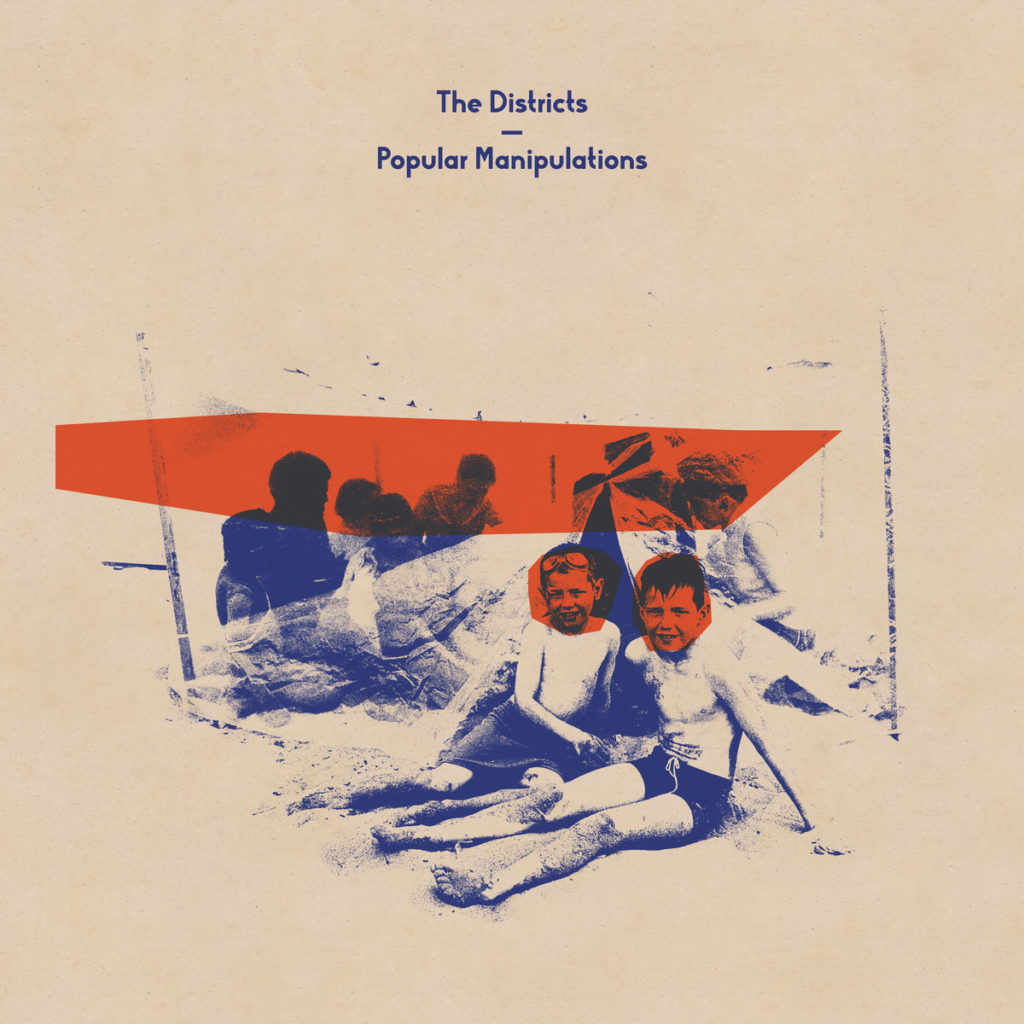 On their previous two efforts, Pennsylvania’s The Districts have proven themselves to be capable and passionate songwriters, dabbling their indie-rock formula with a blusey influence, making them comfortable stylistic neighbours to the likes of Cage The Elephant and Cloud Nothings. However, the foursome have seemed to lack the ingredient to make themselves one of the scene’s leading lights, but could their third album Popular Manipulations change that?

With John Congleton returning to handle production duties, the album’s 11 tracks are varnished with a delightful rustic tone, which makes a perfect canvas for The Districts folksier, Americana-flavoured detours, blending the punchy distortion of the bass and guitars with the gentler, emotive melodies on cuts such as opener ‘If Before I Wake’ and the anthemic ‘Ordinary Day’, each of which sound destined to become staples in their live set.

Despite some catchy highlights, Popular Manipulations also shows The Districts at their most beige, with the album’s latter half in particular tending to wander with no real destination in mind, and most tracks feeling too similar or nondescript to really be that memorable, and at their worst start resemble a poor knock-off of a rockier Mumford & Sons in their Babel era.

The Districts are certainly a likeable band, and do a good job of soaking up what remains of the summer vibes, but unfortunately doesn’t quite achieve its desire to be a staple of modern guitar music. (6/10) (Woody Delaney)

Listen to Popular Manipulations here via Spotify, and tell us what you think below!