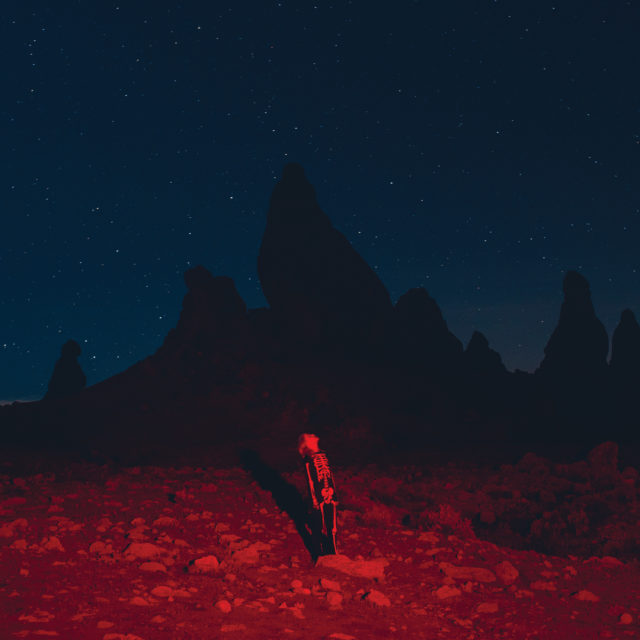 The beloved singer-songwriter Phoebe Bridgers’ second solo album Punisher is a dreamy collection of songs bearing hefty loneliness, co-dependency and unrequited sacrifice towards self-hating partners. Ranging from country tinged to outright chaotic, it’s a record with a lot of heart, and surprisingly soothing despite disorientation and isolation being the subject matter.

The ‘soft’, emotional variant on the indie music genre has been flourishing over the last decade or two with artists such as Mitski, Julia Jacklin, Snail Mail, Soccer Mommy and Phoebe Bridgers herself releasing widely lauded music narrating loneliness, hopelessness and other extremely relevant (mental) struggles of our generation, soundtracking the lives of many a twenty-something. Not to lump all these artists together – they all stand out in different ways – but there’s something special in managing to maintain your own signature sound in an increasingly expanding genre.

With Punisher, Bridgers further asserts her songwriting style as dream-like yet haunted, tales of loneliness amidst companionship. Having previously worked with Conor Oberst of Bright Eyes on Better Oblivion Community Center and teaming up with Julien Baker and Lucy Dacus on boygenius, on her newest solo effort Bridgers sounds like she’s finally figuring out the Catch-22 of her saviour complex, better than ever articulating the nuances of offering another person your all, despite them staring right through you.

Dreams, death and Americana mysticism seem to inform a lot of Bridgers’ music. The ghostly cover of her debut Stranger In The Alps echoes the intangibility of the new album’s first single ‘Garden Song’, which excellently fuses tale-like imagery of houses on the hill and romantic tenderness with Practical Magic-esque burials of skinheads becoming fertilizer for your rose patch. The eponymous track ‘Punisher’ addresses the heft of influence the late Elliott Smith’s music and life has on Bridgers’ songwriting, pointing out their lyrical similarities and ruminating on the weird feeling of intimacy a fan has with their favourite artist, as if relating to their songs echo a genuine personal connection.

‘Moon Song’ starts the second part of the album, and can be articulated as ‘I love a self-destructing person and their lack of love for me is destroying me’. Romantic in sound yet self-aware in such a relationship’s futility, Bridgers explores this in both platonic and romantic flavours, articulate in descriptions yet without a sense of self-pity. Both ‘Moon Song’ and ‘Savior Complex’ are constructed from extremely hummable, almost lullaby-esque melodies that cut through the vivid imagery of pissing contests and crocodile tears, second album single ‘I See You’ having a manic depressive twist, addressing the one person that makes one feel something in such a low state.

The album closer ‘I Know The End’ manages to brilliantly encapsulate the relatable sense of impending doom that each of us live with every day, growing from a wistful melody to a surprising, growling beast of a chorus featuring guitar from Nick Zinner, Nathaniel Walcott on trumpet, Conor Oberst on vocals and many more, resulting in a cathartic release, only to finish off with lowkey creepy, breathy screaming. It’s both together and alone, constantly wishing to be somewhere else, chasing solitude and companionship simultaneously, not knowing what to do with oneself when the quaintness and familiarity of one’s surroundings are infused with a twinge of upcoming dystopia.

Punisher might sound like an extremely lonely record due to the repeating narrated failures to form healthy relationships and, well, the undercurrent of a sort of End, but its soothing tone and memorable melodies carry Phoebe Bridgers’ signature voice with a caring affectation, the album coming off as calming and understanding instead of depressing and isolating. It’s an obvious development from Bridgers’ excellent debut, and it shines due to the grown confidence with which she writes, a master of her own voice. (7/10) (Aiste Samuchovaite)

Listen to Punisher by Phoebe Bridgers here via Spotify, and tell us what you think below!