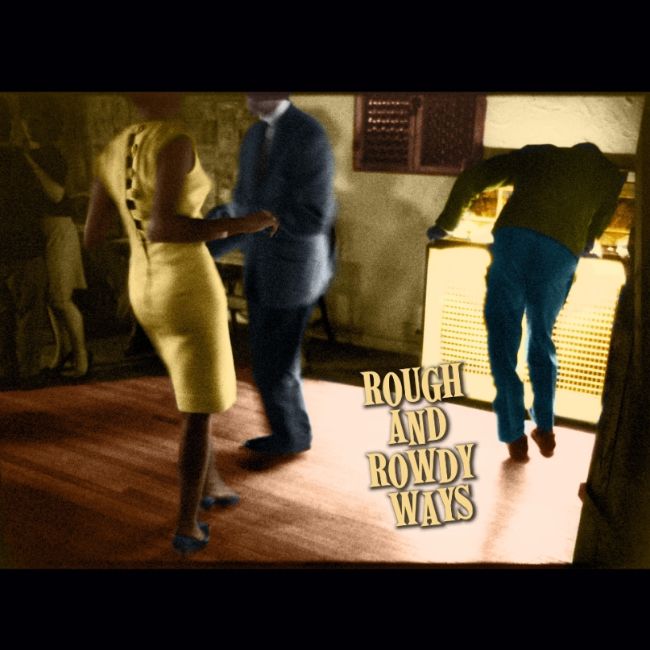 Stripped down and delivered with a hushed ambiance, ‘Rough And Rowdy Ways’ is possibly Bob Dylan’s most straightforward album ever.

When the world got to hear ‘Murder Most Foul’, the first original new music from Bob Dylan for the best part of a decade, there was something typically bloody-minded yet comfortingly familiar that it was a 17-minute-long track based on the assassination of John F. Kennedy. Immediately, it got people thinking about his wide-ranging epics like ‘Sad Eyed Lady Of The Lowlands’ or ‘Desolation Row’, and speculation mounted that the upcoming album would be a late-career revival harking back to his Sixties glory years, in the same way that 1997’s Grammy-winning Time Out Of Mind was. So it is that we now have Rough And Rowdy Ways, Dylan’s 39th studio album and released a few weeks after his 79th birthday.

It’s very easy to get stuck in a hole when trying to analyse Dylan’s work, something that’s not helped by Dylan superfans’ tendencies to project meaning or significance onto every single little thing about his work, even when the man himself is clearly toying with those expectations. Like bestowing the title Rough And Rowdy Ways upon an album that’s full of sepulchral, meditative blues ballads that are almost completely free of percussion. For almost all of its 70 minutes, it dwells in the same hushed atmosphere that he established with his last three studio albums, all of them cover versions of classic pop standards popularized by Frank Sinatra. From the smoky blues haze of opener ‘I Contain Multitudes’, things proceed a pace that’s stately at its fastest. Dylan’s singing voice, never the strongest by any kind of conventional measure, has gotten even deeper and more fragile, becoming a husky growl by this point.

That simplicity is reflected in the lyrical content – this is one of Bob Dylan’s most straightforward and easily understandable albums ever, with the complex cultural references and knotty allegories ditched. “The lyrics are the real thing, tangible, they’re not metaphors,” the man himself explained to the New York Times recently. Perhaps that award of the Nobel Prize for Literature provoked some kind of conscious de-cluttering of his art. Instead, we get simple reflections such as “can you tell me what it means / to be or not to be?” (‘My Own Version Of You’) or “today and tomorrow and yesterday too / the flowers are dying like all things do” (‘I Contain Multitudes’) whose delivery makes them oddly profound.

The one point at which the mood breaks into something more lively is the excellent bar-room blues shuffle of ‘Goodbye Jimmy Reed’, a heartfelt tribute to the legendary bluesman who was a key influence on Dylan. But for the rest of it, the spotlight falls entirely on Dylan and his ruminations, with even guest musical performances from Fiona Apple and Blake Mills careful not to steal that attention away. The swampy, stalking blues of ‘False Prophet’, executed with a Waits-esque gargle, is a more fully-formed highlight standing out ever so slightly from the general mood, while the beautifully understated ‘Black Rider’ and ‘Mother Of Muses’ demonstrate this album at its most captivating.

Rough And Rowdy Ways does have its moments where the mystique fails for want of a bit more economy. For instance, there’s no reason why the final three tracks need to last a cumulative 32 minutes, even if it does include the aforementioned ‘Murder Most Foul’. For context, that’s a sequence that goes on longer than the entirety of Nashville Skyline. The subtlety of many of the songs makes them quite hard to penetrate initially, and difficult to stay with unless you’re giving them your complete attention, something exacerbated by the long running time.

But still, this is Bob Dylan, and if there’s any artist alive who’s earned the right to do what the fuck he likes and command respect and attention while doing it, it’s him. Once you get accustomed to the extremely understated nature of it, Rough And Rowdy Ways is a remarkable if clearly imperfect work, which at its best demonstrates that Dylan’s creative muse is as alive as at any point in his iconic career. (7/10) (Ed Biggs)

Listen to Rough And Rowdy Ways by Bob Dylan here via Spotify, and tell us what you think below!