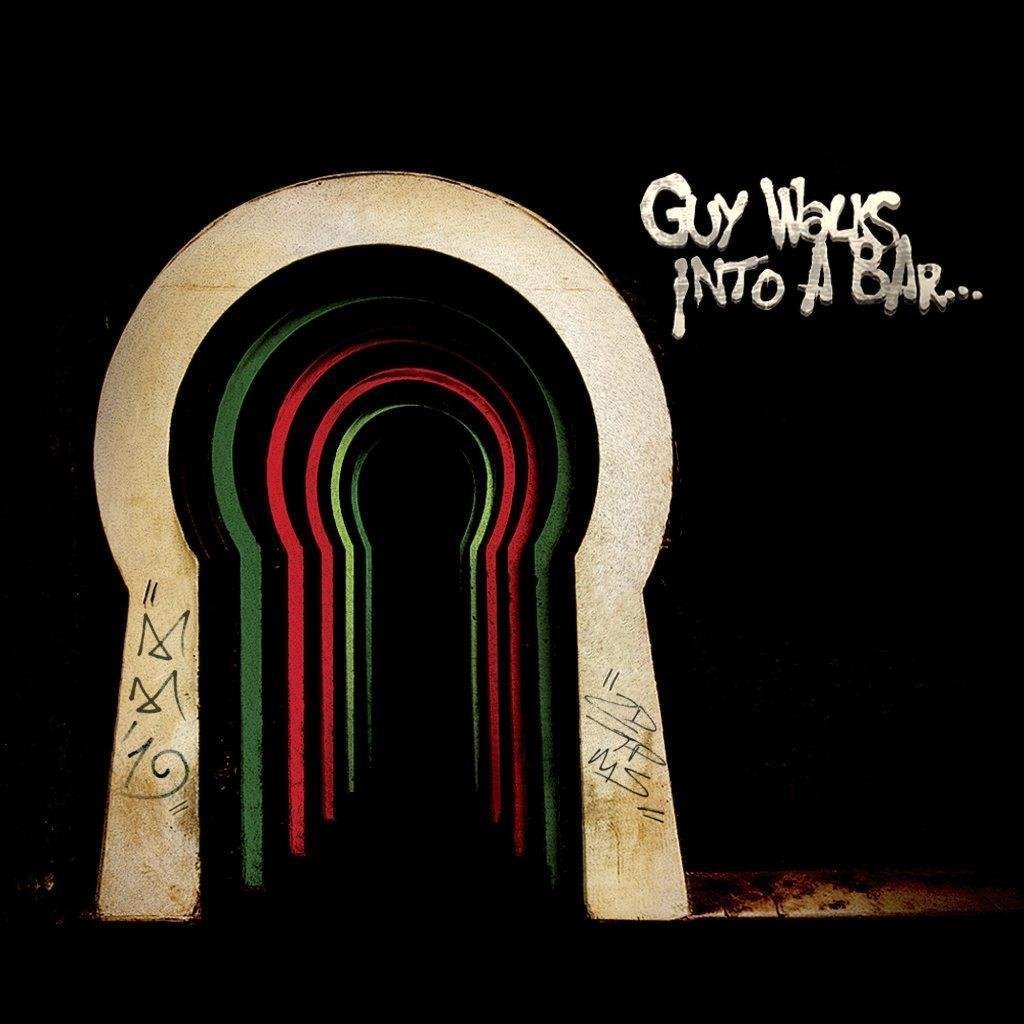 With their carefully observed retro pop stylings, Mini Mansions should sound far more enjoyable and effortless than they do on ‘Guy Walks Into A Bar…’

A side-project consisting of various musicians from other bands fronted by Queens Of The Stone Age bassist Michael Shuman, Mini Mansions scored one of the surprise hits of 2015 with their sophomore album The Great Pretenders, a record that assimilated the group’s mutual love of classic Sixties rock and pop influences and turned them into something that sounded instantly timeless. It’s with great disappointment, then, that its follow-up record Guy Walks Into A Bar… should contain almost nothing of the magic that made them so compelling the last time out.

Instead, Shuman and co-vocalist Tyler Parkford opt for attitude and poise over tunes, and it largely backfires. This is partly because of the range of influences they’re referencing this time around: we get smooth ‘70s AOR and over-produced ‘80s pop aesthetics. From opening track ‘Should Be Dancing’, aping the flashier end of Eighties mainstream rock, it’s a veritable tour-de-force of vintage sounds, tricks and effects of the kinds that you don’t really hear any more – unsurprising, as Mini Mansions have always been keen students of the past. But it’s the lack of self-awareness in constructing this world of retro disco dreams and love-lorn protagonists that makes proceedings head-scratchingly dull. Instead of breathing new life into clichés, they’re just… well, clichés. The lyrics range from naff (“it’s sweeter than what you might blow up your nose” – ‘I’m In Love’) to cringeworthy (“I wonder how you touch yourself when you’re alone” – ‘Don’t Even Know You’).

The Tame Impala-esque ‘Works Every Time’, taken from last year’s EP of the same name, and the lilting, twinkling synths of ‘Time Machine’ are decent moments to salvage from the record, as well as the star appearance of Alison Mosshart’s soulful vocals on ‘Hey Lover’. But very little of Guy Walks Into A Bar… has anywhere near the same kind of care and attention that they displayed on The Great Pretenders, with its loving homage to Brian Wilson and John Lennon influences. Where Mini Mansions used to be effortless, they now sound workmanlike. Where there were once glorious pop cascades like ‘Freakout!’, there are now knockabout Sigue Sigue Sputnik soundalikes with ‘Bad Things (That Make You Feel Good)’. Some nice flourishes aside, it’s resoundingly less than the sum of its parts. (4/10) (Ed Biggs)

Listen to Guy Walks Into A Bar… by Mini Mansions here via Spotify, and tell us what you think below!