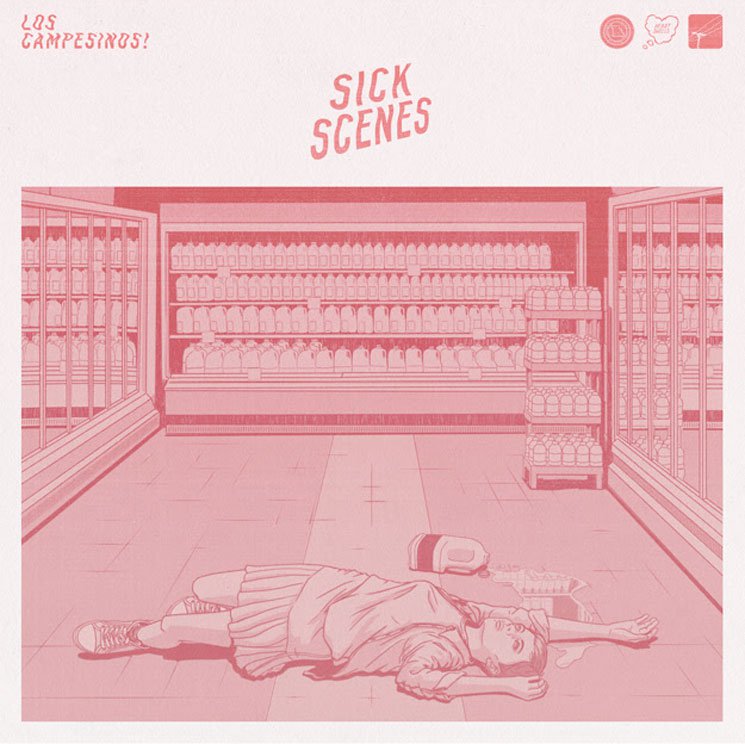 It’s hard to believe Los Campesinos! have been around for 10 years, but their sixth album ‘Sick Scenes’ finds them in strong form.

A lot has changed in the ten years since Los Campesinos! (‘The Peasants’ to our non-Spanish- speaking friends) released their first single. 2007 was a simpler time for British indie: Arctic Monkeys were dominating the music stratosphere whilst being ably supported by Bloc Party and Franz Ferdinand and approximately 25,000 bands that all sounded the exact same (I’m thinking of you Pigeon Detectives…). However, Los Campesinos!, though commonly associated with many bands long forgotten, always had something different, more literate and witty than so many of their discarded contemporaries. Now, in Sick Scenes, their first record since 2013, the seven-piece look to rekindle a sound confined to history with mainly positive results.

Sick Scenes at its best is a triumph in a melancholy euphoria full of self-aware moments and nothing epitomises this more than opening track ‘Renato Dell’Ara (2008)’ (a reference to the rise and fall of the England side of the early ‘90s) discusses the band’s peak around the release of their debut Hold On Now, Youngster… and the feelings of playing venues on the way up the precipice of the music industry and those negative feelings on the way down. It’s insightful as it is witty and with the pop-sensibility the band has always possessed in abundance, it provides one of best tracks they’ve even penned.

The album also features some brilliant moments of percussion; the lo-fi percussion to assist the otherwise overtly clean sounding ‘Sad Suppers’ works wonders as the band recalls Frankie & The Heartstrings at their best, whilst the use of cymbals helps build a moment of lovelorn sadness during ‘A Litany/Heart Swells’ as the lone percussion and the orchestral strings take over.

There’s a certain maturity not seen in previous work that is a joy to behold at times; ‘Got Stendhal’s’ speaks of a love so pure it approaches art and with shimmering guitar lines galore and nods to The Velvet Underground it shows Sick Scenes to be their most mature record to date.

However, the record does miss its mark at times. ‘I Broke Up In Amarante’ is an attempt at a raw guitar oriented pop, but washes over compared to some of the high spots on the record, whilst ‘5 Flucloxacillin’ evokes textures of early ‘00s pop-punk, but without the charm to match.

Los Campesinos! were born during a time when indie music in the UK was at a peak and in 2017 we could be building to a renaissance of sorts. So it feels apt that a band who were at their peak have released potentially their best album in 2017: Sick Scenes, though repetitive and basic at times, shows a maturity not seen before by the Welsh band. (7/10) (John Tindale)

Listen to Sick Scenes here via Spotify, and tell us what you think below!