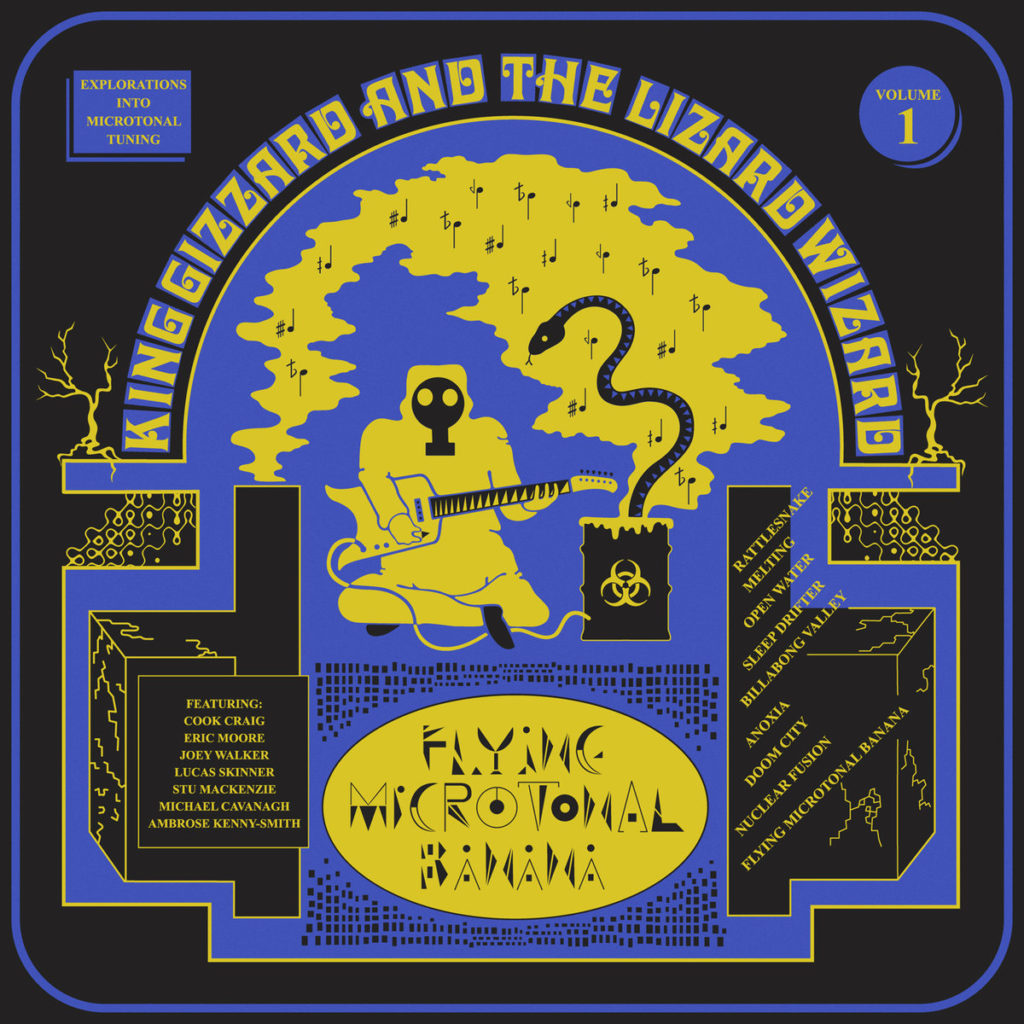 The first of FIVE King Gizzard albums to be released in 2017, ‘Flying Microtonal Banana’ is business as usual for the Aussie psych-rockers.

Since their 2010 inception, King Gizzard & The Lizard Wizard have yet to remove their foot from the accelerator. Averaging very nearly two records a year, it remains a mystery how Stu Mackenzie and his Aussie-based troop of psychedelic mavericks are yet to take a well-earned break. Instead, they continue push the limits of their work ethic to unprecedented territory after announcing that this year, they will release five full-length albums. The first of the series arrives bearing the title Flying Microtonal Banana – a name that fittingly compliments King Gizzard’s often-unorthodox approach.

Make no mistake; despite their prolific output rate, repetition is yet to establish itself. Of course, their style is cemented but their desire to experiment is forever apparent. This time, they’ve gone about customising the fret boards on their guitars, allowing double the amount of notes ordinarily available. Frontman Stu Mackenzie explained that the challenge was, “to make music that didn’t sound too wrong within those parameters”, and Flying Microtonal Banana achieves this feat.

In some ways, it’s a rehash of last year’s Nonagon Infinity, however this time bearing a slightly subdued approach. The record frequently executes ascending and then declining guitar arrangements, a form that sits comfortably within King Gizzard’s psychoactive mantra. At times, the album feels as though it’s King Gizzard by numbers – lead single ‘Rattlesnake’ reverting us back to the quintessential King Gizzard groove. However, tracks such as ‘Sleep Drifter’ and ‘Melting’ give something more. The delicately placed harmonica sections colour the regimented style and provides necessary fragmentation within each melody.

Flying Microtonal Banana doesn’t fulfil the potential of King Gizzard’s expansive qualities, however that’s not to say it doesn’t serve a purpose. If the next four albums set for release follow a similar sonic direction, I’ll stand uninterested and disappointed, but that’s just not King Gizzard’s style. Flying Microtonal Banana is the entry point to what should prove to be an all-encompassing landscape. Speculating that the sequel takes us even further, it’s an exciting twelve-month expedition to keep your eyes and ears on. (6/10) (Ollie Rankine)

Listen to Flying Microtonal Banana here via Spotify, and tell us what you think below!