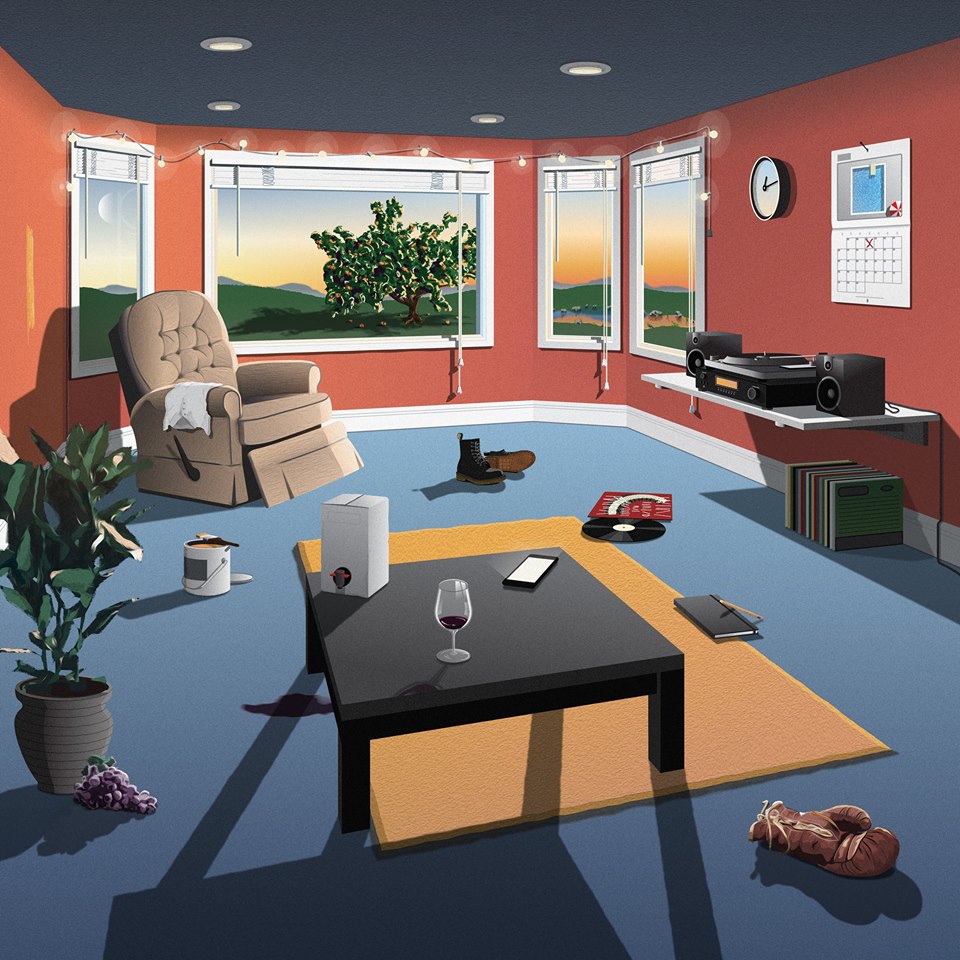 landmark is one of those albums that grab the listener’s attention from the very first track. ‘way it goes’ is an excellent single material – energetic, with gripping vocals floating over lively guitar riffs. The song is as a perfect opening to Hippo Campus’ debut album, which is surprisingly consistent and mature. Considering that the Minnesota quartet have only released two EPs before, 2014’s Bashful Creatures and 2015’s South, it would be fair to say that their newest material does not make it seem so obvious. The boys from Hippo Campus treated their listeners with more than a handful of great tunes. ‘vines’, an up-beat, indie-flavoured song is followed by “epitaph” which allows the band to expose their softer, more laid-back side, captivating listeners with its dreamy melodic lines.

The opening of landmark is more than satisfying, but Hippo Campus have managed to record an album that does not simply rely on making a good first impression. By discovering more and more songs on the record, it becomes easier to believe that Jake Luppen (vocals/guitar), Nathan Stocker (guitar), Zack Sutton (bass), and Whistler Allen (drums), worked on this album not for the sake of becoming the next indie sensation, but because music is something that they breathe. Although the band did not admit having agreed on a setting a tone or vibe for landmark, the album conveys Hippos Campus’ eagerness to experiment, but within a framework of their own capabilities. The record is not necessarily diverse, but rather a reflection of the young, hungry spirit that took these four high school buddies to where they are now – and it’s not a bad place at all.

With songs such as ‘monsoon’ and ‘vacation’, Hippo Campus are off to a great start to become the next band to deliver songs that bring peace in the moments of the biggest struggle. Luppen’s comforting vocals, complemented with mesmerizing arrangements, dominate many songs on landmark, and ask the listener for nothing more, but to enjoy the music and forget that anything else exists. The simplicity and gentle instrumentation on the album’s slower tracks, create an ambience that so often seems to be hard to attain, by those who want to have it all in just one song.

Fortunately, Hippo Campus decided to take one step at a time, giving their fans a chance to appreciate their different sides. landmark’s closing tracks, ‘boyish’ and ‘buttercup’, invite the audience to stay with the band for a little bit longer, as both constitute for a very promising live-show material – vigorous, and a bit more noisy, will definitely become the crowd’s favourites. (7/10) (Alicja Rutkowska)

Listen to landmark here via Spotify, and tell us what you think below!