REVIEW: The Pigeon Detectives – ‘Broken Glances’ (Dance To The Radio) 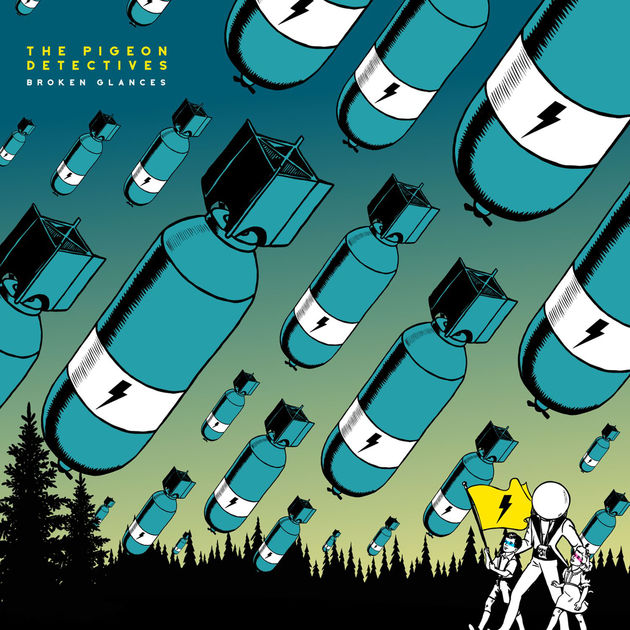 The Pigeon Detectives’ fifth album ‘Broken Glances’ attempts their biggest musical evolution yet, but the results are extremely mixed.

The Pigeon Detectives have fallen a long way from their platinum-selling 2007 debut Wait For Me and their distinctive jumpy guitar riffs, danceable hooks and anthemic choruses. Broken Glances is their first record in four years, produced by Leeds label Dance To The Radio following the artistic and commercial flop of 2013’s We Met At Sea. Gone are the cheeky-chappy vibes previously associated with the band, and in their place is a more reflective somber tone in the band’s search to find a new sound of their own.

Ruminative opening track ‘Wolves’ challenges listeners’ preconceptions of the bands’ sound with its deeply melodic bassline, spacey guitars and post-rock structure that sees the song hit a gradual climax. ‘Munro’ shares this introspective sound, offering refreshing moments despite being six minutes long, touching on War On Drugs territory; likewise, the sparse piano ballad ‘Falling In Love’ and the unexpected eruption of ‘Postcards’ offer pleasant surprises for the listeners’ in terms of the bands’ new-found dynamism.

Yet the album retains rather too many elements of the band’s original sound as demonstrated in ‘Lose Control’, a bassy-indie dance track that is perfectly suited for some FIFA soundtrack a few years ago. ‘Sounding The Alarm’ and ‘Stay With Me’ illustrate the buzz, despite the fact that the tracks hit a more engaging musical direction, through strong grooves, jagged riffs and a synthetic, occasionally minimalist sound.

The Pigeon Detectives have attempted to create an album that demonstrates their maturity (after all, they are all approaching, or in, their thirties) and have strived to find their own original sound to match that. But the polished nature of the record as a finished article falls a long way short; there is a distinct lack of grit to make songs sound authentic or even distinctive, meaning that sounds that should sound epic and expansive come off as a bit thin and inert. Moreover, the album does not do enough different to what they’ve done before, and what changes there are fail to impress. Ultimately, Broken Glances is a misguided record falling under the weight of its own ambitions and although there is a new maturity to the lyrics, it feels corporate and formulaic. (4/10)

Listen to Broken Glances here via Spotify, and tell us what you think below!