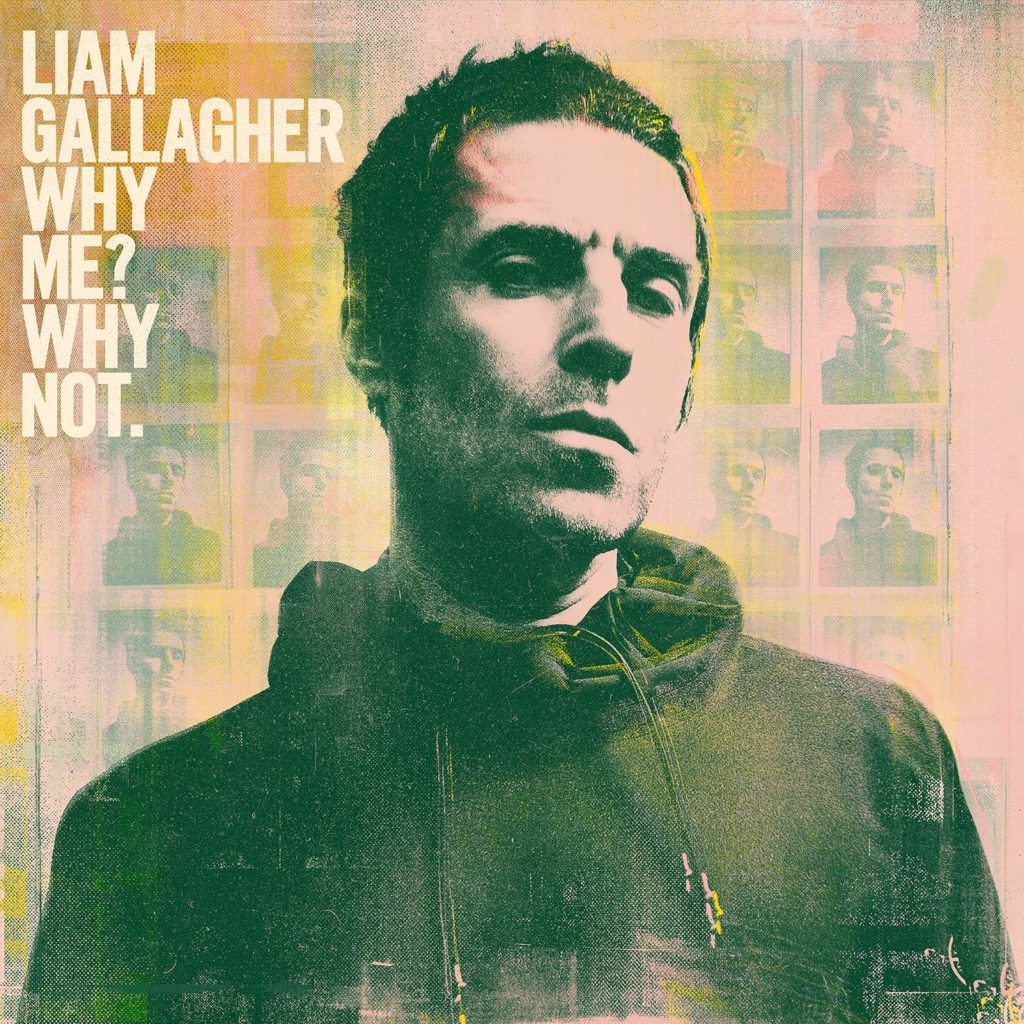 On ‘Why Me? Why Not.’, Liam Gallagher amplifies and doubles down on the successful parts of his 2017 solo debut, making for a consistent and enjoyably unforced experience.

To criticise an album by one of the Gallagher brothers as being unadventurous is to both be correct and to miss the point entirely. In the quarter of a century since Definitely Maybe came out, Liam Gallagher has both been borne up and weighted down by his media portrayal – the forthright, no-nonsense mouthpiece for his older brother’s songs; a cartoonish amalgamation of Ian Brown, John Lennon and John Lydon, adored by his fans for precisely the same reasons his detractors detest him. In 2019, however, the re-invigorated Liam now fulfills something which, for all his attempts to push his music into new areas, Noel’s High Flying Birds haven’t been able to do, which is to truly retain the hearts and minds of the former Oasis fanbase, a demographic hungry for nostalgia and disillusioned by much of the current British rock landscape. As a marketing exercise, Liam’s 2017 debut album As You Were was a massive success on its own terms, reconnecting the star with his audience in a way that his outings with Beady Eye had so utterly failed to do. Two years later, he successfully repeats the trick with Why Me? Why Not., a record that doubles down on all of its positive aspects and amplifies them.

The opener and lead single ‘Shockwave’ – currently the biggest selling vinyl single of 2019! – gets things off to an entirely predictable start. Aiming but failing to be this album’s ‘Wall Of Glass’ moment, it’s honkingly obvious but effective as a rousing crowd-pleaser, a barely disguised dig at his older sibling (“you sold me right up the river / just to hold me back”) set to lairy blues harmonica. So far so meh, for sceptics, but from here on, things settle down and improve. Recent single ‘One Of Us’ is a glorious, string-swept rock mammoth boasting a wildly infectious chorus, featuring Liam’s 18 year old son Gene on bongos, and that sense of consistency lasts right through to the closing track ‘Gone’, whose epic theatrics for all the world make it sound like a James Bond theme song, and a very credible one at that. An outside shot for No Time To Die, maybe?

Why Me? Why Not. works best when Gallagher isn’t trying too hard, when he allows himself and his voice (which sounds better than it has done for many years, by the way) to be natural and unassuming. The piano-led reminiscence of ‘Once’ sees Liam look back at the start of his fame (“it was easier to have fun when we had nothing”) in a way that’s sentimental but effective. The glam-rock / Stones stomper ‘Halo’ and the exhortation to youth of ‘The River’, with its ‘60s garage-rock drumbeat, are both examples of this unforced disposition that has often eluded Liam’s post-Oasis material. The unabashedly Rubber Soul-esque pop of ‘Now That I’ve Found You’, inspired by his reunion with previously estranged daughter Molly, is the best of the lot – ego-free and effortless. Gallagher’s crack team of co-writers, including Adele collaborator Greg Kurstin, sound like they’re having an enormous amount of fun with their brief, indulging old-fashioned influences in a way they you don’t imagine they get to do with their regular clientele of modern chart stars.

Why Me? Why Not. does exactly what it says on the tin, building on the quality aspects of its predecessor and containing a healthy number of very enjoyable songs to boot, giving its audience exactly what they’ll want. Furthermore, its general demeanour speaks to a much happier and contented soul than at pretty much any point in his career. More of its punches connect than miss, something that couldn’t be said about the often uneven As You Were. As said at the start, it won’t win any prizes for originality, but it seems churlish to end on that note alone. The fact is that, in his late forties, Liam Gallagher has established an effective method of remaining true to himself musically and communicating with the masses – something that very few would have predicted just a couple of years ago without being laughed out of the room. Love, loathe, or shrug your shoulders at Why Me? Why Not., you can’t deny he’s bloody good at what he does. (7/10) (Ed Biggs)

Listen to Why Me? Why Not. by Liam Gallagher here via Spotify, and tell us what you think below!

Tags: album, Greg Kurstin, Liam Gallagher, review, Warner, Why Me? Why Not