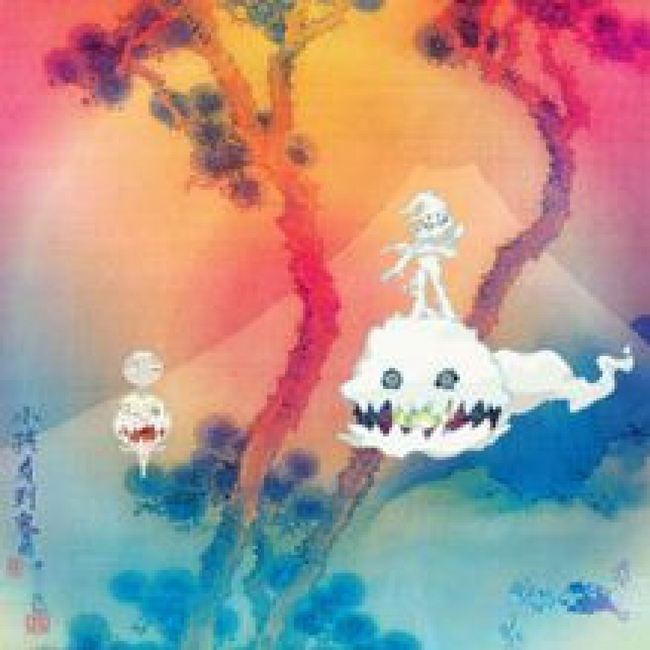 On ‘Kids See Ghosts’, Kanye West and Kid Cudi find in each other the perfect creative foil – Cudi setting the mood and bringing lyrical honesty, while West provides the edge with his verses and ingenious sampling.

Kid Cudi and Kanye West have had a polarizing relationship over the years. Both close collaborators – Kid Cudi is credited at least once on practically every Kanye release and is heavily responsible for Ye‘s 808s & Heartbreak‘s sound –  they‘ve had their fair share of beef as well. Now, reunited, their years of partnership have finally come into fruition with the new project Kids See Ghosts. The seven-track release format is nothing out of the ordinary from the other four projects Kanye has set out to release (his own ye and Pusha T‘s DAYTONA), yet stands out as a fresh, off the bat accessible collaboration that brings out the best of both Cudi and West as songwriters and producers.

Starting off with the rather bombastic ‘Feel The Love’, melodically reminiscent of Cudi’s older work, one can already say that KIDS SEE GHOSTS will become at least a 2018 classic. The fusion of rock, trap and modern rap elements make both the track and the whole release feel explosive from the off. On the song, it’s largely due to Kanye’s scatting/trap beat that sounds both ridiculous and impressive in its raw aggression and percussive quality. ‘Feel The Love’ serves almost as a sort of reconcilement of all that Cudi and West’s relationship has been, both of them still “feel(ing) the love”.

It’s followed by ‘Fire’ where West raps “I love all your shit talkin’, I love all your shit talkin’/ You ain’t got nothin’ better to… do with yourself?”, fitting the current discourse around West as a public figure, as his latest activity on social media and political statements on freedom of speech has had a rather polarizing effect on his fan base. ‘4th Dimension’ starts off and ends with peculiar sampling, making it one of the most distinguishing features of KIDS SEE GHOSTS, as it is littered with surprising usage of unrelated tracks for added texture.

This is no surprise for fans of Kanye, as he, being hailed one of the best producers of our time, is practically crowned the King of sampling, now getting to show off his ability once again in collaboration with Cudi. There’s reference to Eazy-E’s ‘Eazy Duz It’ on ‘Feel The Love’; Louis Prima’s ‘What Will Santa Claus Say?’ is used as the hook on ‘4th Dimension’ while Shirley Ann Lee’s ‘Someday’ is the closer and, lastly, Kurt Cobain’s guitar riff of ‘Burn The Rain’ from the posthumous compilation of home recordings Montage Of Heck (2015) is used to create a grimy instrumental for the final track ‘Cudi Montage’.

The fourth track ‘Freeee (Ghost Town pt.2)’ is an invigorating song about liberation and defying others’ expectations, logically the sequel of the track ‘Ghost Town’ from West’s own ye: “He lift me up every time that I fell / And set me freeee, yeah / Ah! You should quit your job to this” as continuation of 070 Shake’s “And nothing hurts anymore, I feel kinda free”. The longest track ‘Reborn’ is the emotional centre of KIDS SEE GHOSTS, as Cudi and West discuss their hardships with mental health and drug abuse without the bombast and hard beats of the previous tracks, as Cudi’s constant “I’m so—I’m so reborn, I’m movin’ forward / Keep movin’ forward, keep movin’ forward” and Kanye’s verses “I was off the chain, I was often drained / I was off the meds, I was called insane / What an awesome thing, engulfed in shame” set the sincere mood while the track’s instrumental visually could be drawn in watercolour, fitting the art work of the album by Takashi Murakami perfectly (also curiously similar to Kid Cudi’s Man On The Moon: The End of Day, which is regarded as his defining work).

KIDS SEE GHOSTS is uncharacteristically cathartic to listen to, as the high energy of the beats and the production fuses with the themes of self-assertion and overcoming personal struggle. Not one moment feels boring, as both Cudi and West deliver what both can do best – Cudi setting the mood and bringing lyrical honesty while West provides the edge with his verses and ingenious sampling. It’s a refreshing, polished listen, leaving us awaiting what Kids See Ghosts can bring to the table next as a duo, if they record more together. (9/10) (Aiste Samuchovaite)

Listen to KIDS SEE GHOSTS by Kids See Ghosts here via Spotify, and tell us what you think below!