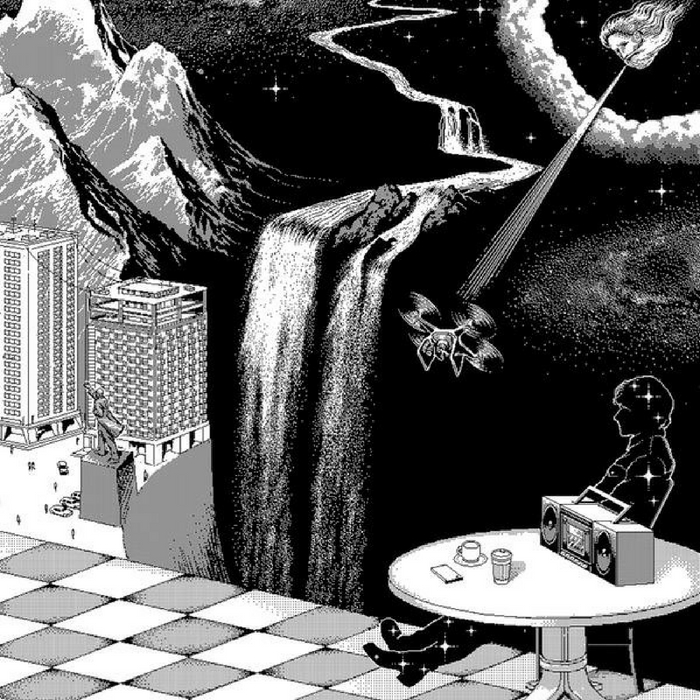 As one hot-take review has already succinctly put it, Gruff Rhys is the musical equivalent of an actor who’s just brilliant in everything he’s in, who most people would know instinctively but probably struggle to name. Going back to the first stirrings of Super Furry Animals, who are probably second only to Radiohead in terms of the most consistently creative British bands of the last 25 years, everything that the Welsh songwriter has put his name to has been, at the very least, interesting, and frequently exceptional.

In contrast to the gleeful eclecticism of his Furries output, Rhys’s solo records have tended to focus more purely on songcraft, taking the mature, classic pop leanings of Neil Diamond and Steely Dan that informed SFA’s later albums to make understated yet beautiful collections like 2011’s Hotel Shampoo and 2007’s Candylion. Though it’s now coming up to a full decade since SFA went inactive, Rhys has continued to hone his skills by himself, in a catalogue which now notches up its fifth instalment, Babelsberg. Made in conjunction with the 72-piece BBC National Orchestra of Wales, it’s richly redolent of the wanderlust, string-laden folk-pop that used to do huge business in Middle America in the late Sixties, from Surf’s Up!-era Beach Boys to the dusty country of Glen Campbell.

More so than any other Gruff Rhys solo album, it’s the arrangements that are key on Babelsberg, elevating what would otherwise be a fairly innocuous and merely pleasant collection to an array of sparkling, low-key pop jewels. It’s much more stripped-back than the troubadour-pop theatrics of the conceptual American Interior four years ago, this time envisaging a kind of present dystopia connected to the biblical story of the Tower of Babel. The thematic concept doesn’t hold together as well this time, unless it’s read as a basic-level entreatment to stay positive despite the state of the world, but the musical theme is iron-strong and uniformly very pretty indeed.

The heart-bursting MOR-pop of opening track and lead single ‘Frontier Man’ is one of those effortlessly infectious songs that you can’t quite believe nobody’s written up to now, and a perfect illustration of why Gruff Rhys is such a brilliant craftsman. Borne up with breezy brass, woodwind and strings, it’s another demonstration of his career-long ability to re-mould influences that many cooler-than-thou posers usually dismiss as naff and make something great.

As the album wears on, the orchestral manoeuvres begin to bear more of the weight of Rhys’s occasionally slight lyrical gambits, and make Babelsberg hold together. The arrangements never lay it on too thickly and know when to hold back and make Rhys the focus of attention. The quick, gentle patter of ‘Oh Dear!’, the sultry ‘Negative Vibes’ and the early Steely Dan inflections of ‘Take That Call’ are all great examples of the dynamics on display. The closing ‘Selfies In The Sunset’, a gild-edged duet with Lily Cole powered by a wistful piano motif, is the record’s absolute zenith, as if those weirdly menacing Lee Hazlewood and Nancy Sinatra duets had been resurrected for the 2010s.

Over more than a decade of solo work and de-coupled from the band dynamic, Gruff Rhys has consistently found new ways for his music to be more reflective of his voice. It’s simply impossible to feel too unhappy when listening to something as beautifully crafted as Babelsberg – that alone, in our troubled and alienating times, is worth it. (7/10) (Ed Biggs)

Listen to Babelsberg by Gruff Rhys here via Spotify, and tell us what you think below!