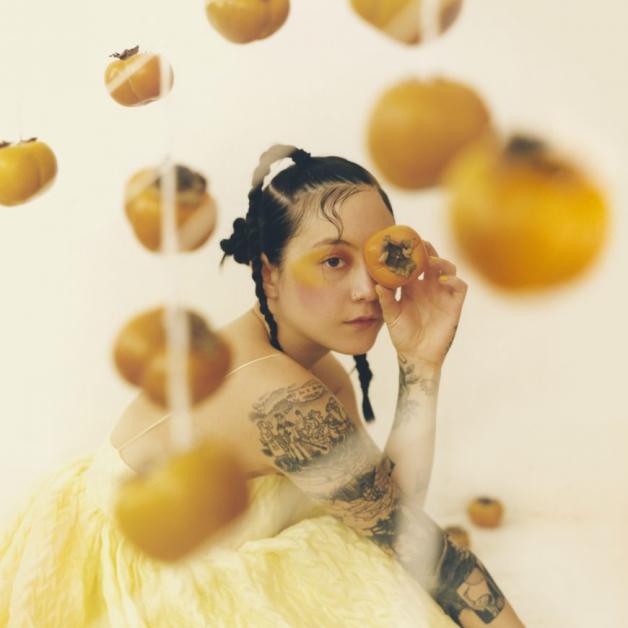 It would be too simplistic to characterise Michelle Zauner’s latest Japanese Breakfast album as merely ‘going pop’, as if that were a case of just putting on a different costume. Certainly, the bold melodies, clean arrangements and detailed production of Jubilee make it a notable departure from her first two albums. But although Psychopomp and Soft Sounds From Another Planet were centred around sombre themes following her mother’s death from cancer in 2014, those tendencies have always been detectable in her work. Jubilee not only foregrounds them, but uses those aspects to show us a previously hidden side to Zauner’s artistry – possibly also the result of her undertaking music theory lessons in the intervening years – and one that fans of the first two LPs may not have expected, the tones of grief giving way to ones predominantly of joy.

From the opening moments of ‘Paprika’, with its shimmering tropical rhythms and wanderlust melodies, the shift is profound and the highlights numerous. The gregarious, outgoing synth-pop banger ‘Be Sweet’ is one of the finest singles of 2021, with its pleasingly elastic Eighties bassline, and the rousing yet darkly humorous ‘Savage Good Boy’ are only the most immediately attractive moments. The real pleasures of Jubilee are to be found in its slightly slower moments. The delicate, Björk-esque ballad ‘Posing In Bondage’, composed with Wild Nothing’s Jack Tatum, and ‘Sit’, which both appear right in the middle of the album, drop the pace but not the intensity or the listener’s attention, while the bright, string-swept ballad ‘Tactics’ and the lush orchestral pop of ‘Kokomo, IN’ are real treasures that, while they may take longer to leave an impression with multiple listens, mark themselves indelibly.

There’s a lot going on in the mix, with bright-coloured synths and bubblegum melodies jostling with strings and blasts of horns, but at no point does Jubilee seem cluttered or ever come across as try-hard maximalism for its own sake. Michelle Zauner has produced a stylish and diverse record of potential crossover material that nonetheless remains grounded in independent sensibilities. (8/10) (Ed Biggs)

Listen to Jubilee by Japanese Breakfast here via Spotify, and tell us what you think below!