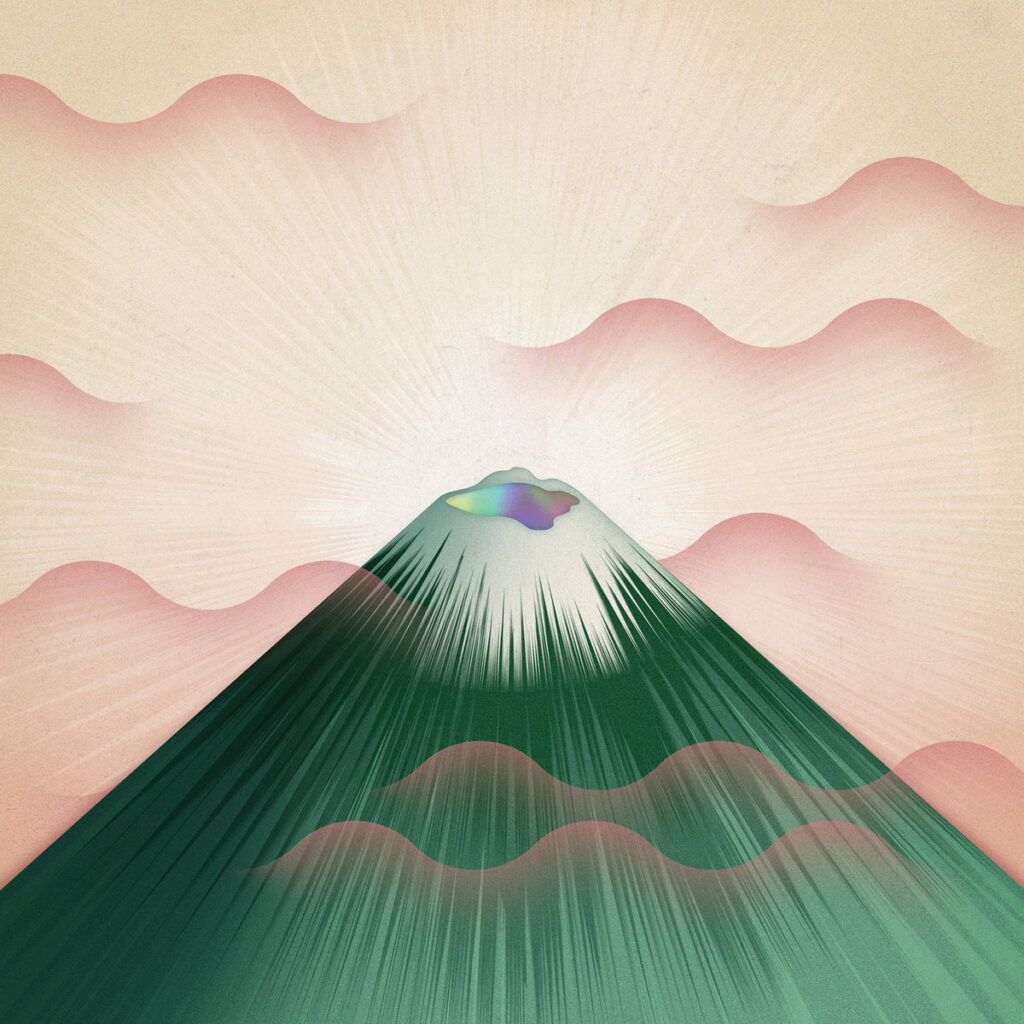 ‘Seeking New Gods’ is another well-executed collection of understated yet joyous classic pop and rock from Gruff Rhys.

As the lead singer of perennially undervalued Britpop anarchists Super Furry Animals, Gruff Rhys has always sought to put his own gentle but idiosyncratic twists onto classic rock and pop influences. Since the Furries went into hibernation a little over a decade ago, Rhys’s steady stream of impressive solo releases have revealed more of this side of his artistry, culminating in the sublime Babelsberg in 2018. Following the pleasantly weird turn into globally-sourced dance music of 2019’s Pang!, Rhys heads back to comparatively normal territory on his seventh album Seeking New Gods, a loose concept album about an active volcano named Mount Paektu on the border between North Korea and China. The volcano, its remote location and volatility seem to be cited as a metaphor for humanity’s very existence, at the mercy of natural whims yet enduring in its shadow – suitable material for an album released after more than a year of pandemic lockdown.

But while such geological topics might imply some explosiveness in the music, neither the content nor its execution are particularly incendiary or combustible. Any political references are allusive, and everything about Seeking New Gods’ nine tracks speaks to a calm, controlled method of songwriting. Thankfully, this Welsh troubadour’s artistic chops are as established and well-honed as practically anybody else operating in music currently, resulting in a consistent level of low-key but technically superb performances.

From the glorious West Coast folk-rock of first track ‘Mausoleum Of My Former Self’, festooned with gorgeous brass, Seeking New Gods becomes gradually but progressively stranger over its economical running time. The Queen/Elton John-style soft rock of ‘Loan Your Loneliness’ and the clipped, pop-orientated ‘Can’t Carry On’ give way to the loose, Velvets-influenced garage rock of ‘Hiking In Lightning’ and the jaunty strut of ‘The Keep’ that becomes shot through with jazzy, avant-garde dissonance. It all ends in the tenderly evocative ‘Distant Snowy Peaks’, the kind of understated yet show-stopping piece that Gruff Rhys has excelled in dating back to the Furries’ prime. A brace of moments such as the title track and the psych-jam of ‘Everlasting Joy’ are perhaps a bit ponderous, but Seeking New Gods is yet another characterful addition to a catalogue brimming over personality and sonic diversity. (7/10) (Ed Biggs)

Listen to Seeking New Gods by Gruff Rhys here via Spotify, and tell us what you think below!