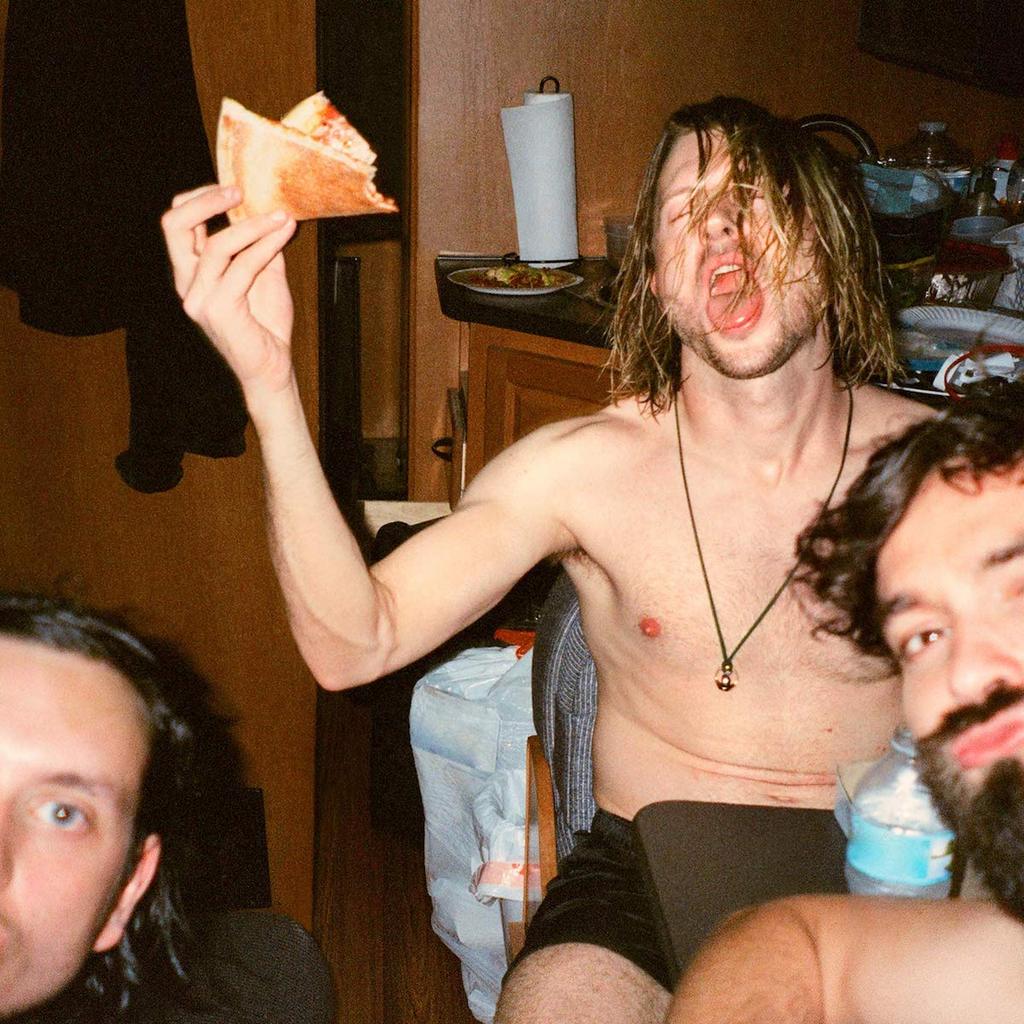 Thrilling riffs and humorous lyrics make the four-year wait for the new Dinosaur Pile-Up album ‘Celebrity Mansions’ worth it.

Leeds-based three-piece band Dinosaur Pile-Up have established a loud-and-proud voice in the alternative rock and, to some extent, heavy metal communities since the beginning of this decade. Frontman Matt Bigland singularly wrote their first two efforts, 2010’s Growing Painsand 2013’s Nature Nurture that displayed immense promise. But it was on their third LP Eleven Eleventhat Dinosaur Pile-Up homed in on their distinctive sound and personality with monster tracks like ‘Red And Purple’, ‘Grim Valentine’ and the almighty opener ’11:11’ highly resonating with fans. When listening to these albums, it’s not hard to see where they draw their influences from. Nirvana is by far the dominating force behind their songwriting, but remnants of Weezer, Smashing Pumpkins, Pavement and Foo Fighters can also be spotted here and there.

With the release of their fourth album Celebrity Mansions, it seems Bigland, bassist Jim Cratchley and drummer Mike Shelis, have further embedded the Weezer and Pavement within them and throw in traits of pop punk too. But the listener wouldn’t believe that as the rocket-fuelled opening track ‘Thrash Metal Cassette’ throws them off the scent. This track fires on all cylinders with palpable energy and hard-hitting riffage that will give the listener the urge to rev the engine of a powerful supercar and blast up the motorway. ‘Back Foot’, while the tempo has slowed down, is equally tough and an instant heavyweight track. When interviewed, Bigland was “questioning whether we’d wasted our lives doing this”. Lines like “I wish I was on ‘Conan’ and was rollin’ at the top / I wish I was a billionaire and balling like The Rock” highlights the band’s yearning for stardom but Bigland feels like he’s “always on the back foot”.

The title track ‘Celebrity Mansions’ sees Bigland singing in the style of Rivers Cuomo about not giving up on making music and knows achieving true celebrity status is unlikely, but that won’t stop him from trying (“And the chicks on Instagram will earn more than I ever will / Movie stars and supermodels all getting rich / Guess I should throw in the towel, but I know I’ll never quit”). Tracks ‘Black Limousine’ and ‘Round The Bend’ feature catchy vocals from Bigland and the guitar chords capture the fun essence of the pop punk genre, albeit they sound a tad formulaic at times. The same cannot be said for ‘Stupid Heavy Metal Broken Hearted Loser Punk’ which also contains trademark pop punk characteristics, but one cannot help but sense irony in lovesick lyrics like “I want you to want me like I want you” or “Didn’t want a girlfriend but now I got your disease”. In fact, one could argue that most, if not all, of Celebrity Mansions’ lyricsare ironic because of their flippant attitude.

While the songwriting is not as bold or ambitious as what they achieved with Eleven Eleven, Dinosaur Pile-Up stay true to their roots on Celebrity Mansions and provide plenty of thrilling moments and humorous lyrics to make it a worthwhile affair. (7/10) (Harry Beynon)

Listen to Celebrity Mansions by Dinosaur Pile-Up here via Spotify, and tell us what you think below!