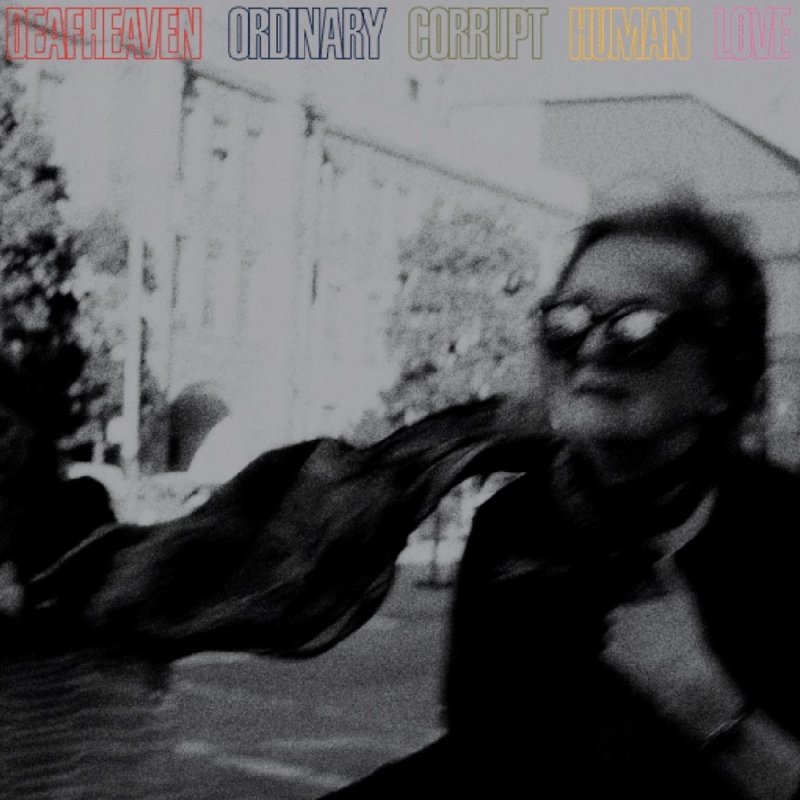 Deafheaven’s fourth album ‘Ordinary Corrupt Human Love’ sees the post-black metal masters blot their copybook for their first time, with an interesting but rather flawed outing.

It’s amazing to think that, when Deafheaven started out in 2010, they were a black metal band, considering their evolution in sound over the subsequent eight years. The masterful blend of post-rock mannerisms from the likes of Godspeed You! Black Emperor and Mogwai, and instrumentation from black metal groups like Marduk and Gorgoroth, has made Deafheaven one of the most eclectic as well as progressive metal groups in existence. The contrasting transitions between blast-beat and melodic passages on their first release Roads To Judah was exemplified on 2013’s critically acclaimed Sunbather, which incidentally was the same album that coined the term post-black metal.

2015’s New Bermuda saw a slight musical transmogrification with more intricate guitar patterns protruding from the songs ‘Luna’ and ‘Baby Blue’ and the tri-bust guitar riff that appeared during the opening of ‘Brought The Water’. With their new album Ordinary Corrupt Human Love, George Clarke and co. largely shy away from the rancorous black metal passages we know and love, although not excluded entirely of course. Instead, the band seem to be treading deeper into rock as well as post-rock territories. As a result, Deafheaven seemed to have slightly lost that post-black metal fusion that made their magnum opus Sunbather a masterpiece. In hindsight, Ordinary Corrupt Human Love is not your usual bread-and-butter Deafheaven album.

Deafheaven albums usually open with a guitar crescendo of some sort that maximises the listener’s fascination but ‘You Without End’ opens Ordinary Corrupt Human Love with piano balladry that, while angelic and beautiful, doesn’t pique interest. The spoken passages from actress Nadia Kury do add aesthetic, but Clarke’s backdrop screaming vocals are disappointingly mismatched and nonsensically placed here. But proceedings improve wholeheartedly on ‘Honeycomb’ with some exciting double-bass drums from Daniel Tracy and malicious vocals from Clarke that make sense where they are. The song then transitions from a customary Deafheaven track into what sounds like a Kvelertak-inspired rock song before mellowing into a post-rock outro, which could have been more original, that sees out the final three and a half minutes.

‘Canary Yellow’ also delves into rock music judging the guitar solos which have a classic feel to them. Here, Deafheaven merge black metal and post-rock together as effectively as before but the album’s shining beacon of hope is the fifth track ‘Glint’ which is thrilling from beginning to end. Everything from the innovative and unclichéd intro to the sharp and electrifying black metal riffs are stunning. This track represents everything Ordinary Corrupt Human Love could have been.

Structurally, the album is not too dissimilar from Sunbather as the archetypal 10 to 12-minute tracks are surrounded by shorter ambient and more distant tracks which in this case are ‘Near’ and ‘Night People’. The reverberant clean guitars on ‘Near’ do create a vivid post-rock atmosphere but contains poorly-mixed background vocals which undermines the song’s presence on the album. ‘Night People’ also brings very little to the table, even with eerie guest vocals from singer-songwriter Chelsea Wolfe. But it is the closer ‘Worthless Animal’ that lies at the bottom of the scrapheap – not only is it the worst and most profligate song on the album, but also it’s the most uninspired and drab composition out of the longer tracks in Deafheaven’s discography.

Ordinary Corrupt Human Love could have had the pedigree to triumph, but is instead a bitter setback for a truly wonderful band. Inspiration, originality and creativity are traits that Deafheaven have gone above and beyond to satisfy, but regretfully not this time around. (5/10) (Harry Beynon)

Listen to Ordinary Corrupt Human Love by Deafheaven here via Spotify, and tell us what you think below!