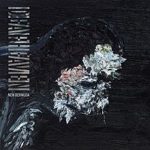 Nominally beginning life as a black metal band in San Francisco at the beginning of the decade, George Clarke’s Deafheaven very quickly transcended the limitations and codes of the genre to win fans from all across the independent music community with 2013’s spectacular Sunbather. With massive arcs of impenetrable narrative, seguing from one discipline to another sprawling over ten-minute long tracks, Sunbather’s sound was a broad church – you didn’t have to be a black metal devotee to appreciate it, appealing to fans of The Cure, Slipknot, My Bloody Valentine, Sigur Ros and Godspeed You! Black Emperor with elements of goth, metal, shoegaze and post-rock all incorporated into these vast, multi-coloured sonic cathedrals of sound. As if they had to prove it again, their third LP New Bermuda is another awesome display of beauty, intelligent design and raw power.

Five tracks spanning 47 minutes says everything you need to know about Deafheaven’s approach to songwriting. Clarke and his four colleagues seamlessly meld blisteringly fast, technically brilliant guitar work with mellow, melodic moments to create stunning soundscapes, which are a testament to the transcendental, quasi-religious powers of music. First track ‘Brought To The Water’ opens with the foot fully down on the accelerator, with the stabbing guitars and percussion coming over like one long drum fill, constantly on the verge of breaking down but remaining intact until it fades out into a cavernously beautiful second half, which then proceeds to gently burn out into a short, stark piano outro. The way that Deafheaven shift seamlessly from one tempo and approach to another is ingenious: not the arbitrary, illogical jolts favoured by Everything Everything or Enter Shikari, or even the intelligent, frazzled time-signature jumps of Battles; instead, the shifts are entirely naturalistic and unforced, and seem like the logical progressions of a masterful DJ at work. You try to think back to where the transition happened, but you can’t pinpoint it, and this is a rare talent.

‘Luna’ begins in similar fashion, a blindingly fast cascade of drums and coruscating guitars. After nearly five minutes of Clarke’s unearthly, just-about comprehensible screaming, the group finally applies the afterburners just as it bursts out of the stratosphere. In terms of synaesthesia, the change is like moving from black-and-white to multicolour, and it’s here that Clarke’s bizarre non-sequitur lyric about “a multiverse of fuchsia and light” begins to make sense as a descriptor of the album itself. This music is brutally real, but also services as a kind of abstract, alternative universe to be transported into and subsumed by.

‘Baby Blue’ picks up where ‘Luna’ leaves off, swimming in the more melodic end of the shoegaze and post-rock genres, before the volume gradually increases and intensifies to become something truly mammoth. Its pace is positively glacial, but so are Kerry McCoy’s gorgeous guitars that decorate the peaks of this veritable mountain of sound. The cathartic ‘Come Back’ showcases Clarke’s vocals as a spectral presence, barely audible behind the veil of noise, and the way his howl dissolves into hiss at the end of the first movement is a perfect illustration of role his voice plays.

Closing track ‘Gifts For The Earth’ is probably the most immediately gratifying moment for a newcomer to Deafheaven. With a shimmering post-punk intro, it slowly transmogrifies into a series of chunky rock riffs that tumble out of the speakers and assault the senses, before burning out into a short intro of piano and acoustic guitar. It brings to a close a technically superb album of beautiful, poignant and well-executed contrasts, which speak to the listener on a wordless, primeval level. Anybody who has seen them performing live will testify to these songs’ emotional resonance, and of how the group are just as effective when they’re quiet and sparse as well as in full-throttle, all-channels-open distortion mode. As a demonstration of sheer musicality, Deafheaven are one of the best groups currently in operation in any genre, and New Bermuda will have few rivals in 2015. (9/10)