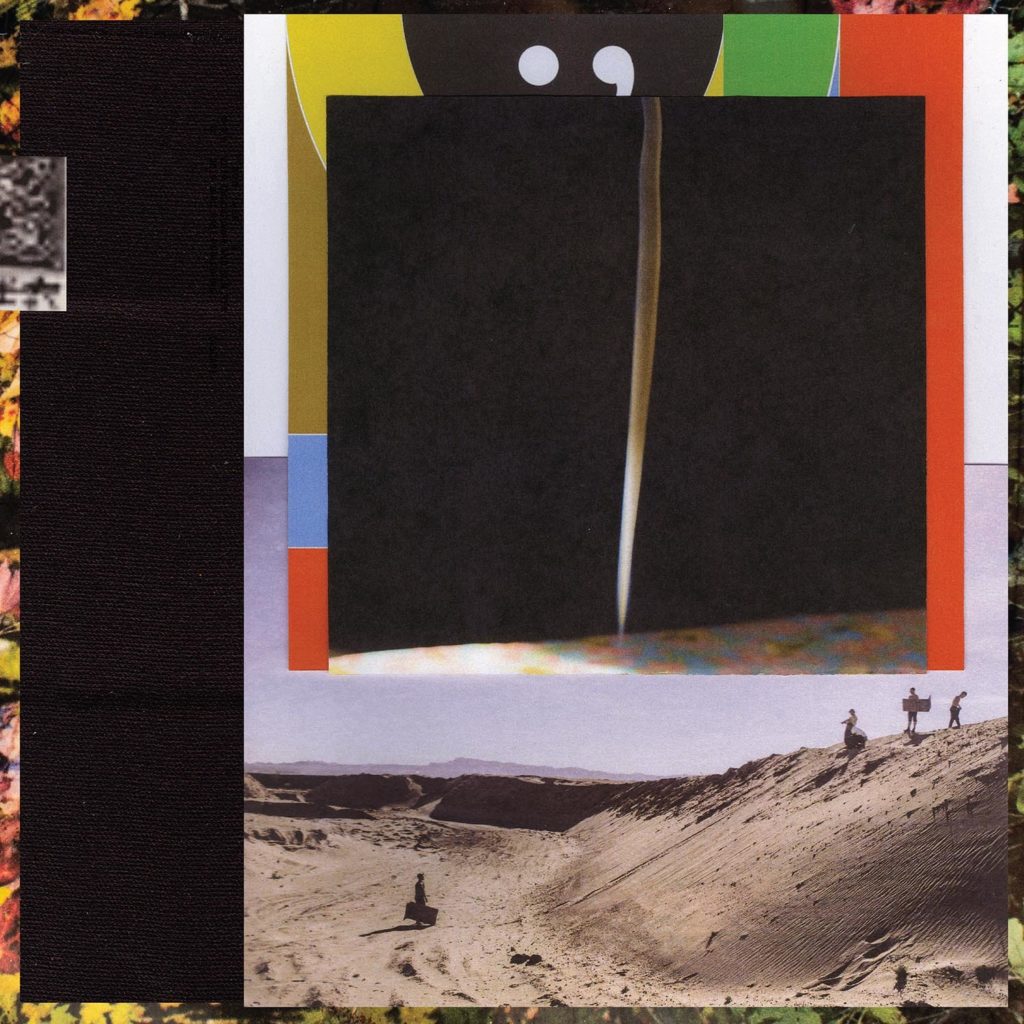 Justin Vernon’s fourth Bon Iver album ‘i, i’ emphasises the balance that needs to be struck between community and the individual, and is his warmest music yet.

Who knew that the over-romanticised live embodiment of the heartbroken woodsman-bard Justin Vernon will take the road of the bloopy, fuzzy sounds? The likes of Kanye and James Blake in his closest creative circle, the development of Vernon’s musical identity and exciting (if rocky) rise to fame and pedestal of Good Folk Music of the ‘00s has been one to acutely watch, with each Bon Iver album building upon what’s become modern folk music for the individual and for the masses. Maybe ‘Holocene’ is part of your ‘relax, wind down, drink a cup of coffee’ playlist; maybe you danced to ‘Skinny Love’ at your wedding; maybe Vernon’s anxiety-in-sound 22, A Million is what “totally expanded your consciousness” three years ago. Now, the fourth iteration of Bon Iver i,i sounds like a culmination of everything Vernon has done to this point, using all of his musical toolbelt to create a gorgeous, fresh sounding record without a sense of pretence.

Highly anticipated after the aforementioned anxious bloop and sample monster 22, A Million that sounded more like something Kanye would put together than the author of ‘Skinny Love’, i,i brings a sense of well-roundedness and general calm, embodying ideas of community and musicianship in its collaborative writing process and touring strategy. Representing autumn in the admitted seasonal form of all so far seen Bon Iver albums, i,i sounds the warmest and most finished, housing not only accessible, experimental soulful pop, but featuring an array of over 30 collaborators, including James Blake, Moses Sumney, and The National’s Dessner brothers. Wound tight with layers upon layers of vocals in that signature brassy baritone of Vernon, the likes of Sumney, Bruce Hornsby and the Brooklyn Youth Chorus providing back-up singing on ‘U (Man Like)’ and others, i,i blooms differently but in harmony with each track.

Opener ‘Yi’ being a field recording of Vernon and friend Trevor messing around with radio audio, it sets the mood for the resourceful and almost eavesdropping nature of the album, where the songs that one finds on i,i surround gently rather than engulf one into over-produced artful chaos like in 22, A Million. ‘iMi’ gently follows, with the already familiar waves of edited radio audio crashing like waves, the mood hopeful, even though the 22, A Million-esque auto-tune vocals greet the listener first. The gentle guitar re-introduces organic sounds into the mix, whilst the blend of Vernon, Velvet Negroni and Camilla Staveley-Taylor’s voices sings about forgiveness and acceptance of the constant movement and changeability of life. ‘We’ is the most menacing track of the 13, the main guitar line that gives it that brooding sound bore by none other than Wheezy, the occasional Young Thug beat-maker, Vernon’s falsetto coming back to play. ‘Holyfields,’ is a scattering landscape of light play in sound form, the lyrics scanning more as stand-ins for variety in sound rather than profound thought-out poetry, nonsensical and improvised like most of the track.

And then, of course, come the singles that anticipated it all. ‘Hey, Ma’ gets stuck in your head, reminiscent of the sacred communal atmosphere well-aged folk music brings, one that could be felt in that Vernon and The Staves performance of ‘Heavenly Father’ at Sydney Opera House, a live show whose elaborateness is probably closest to the arena tour Bon Iver promises for the fourth album. The song celebrates the mother, again in its impressionistic way of lyricism, irresistible to sing along to, very Bon Iver, Bon Iver in its sonic palette. ‘U (Man Like)’ runs in a similar vein, another melodic triumph in that old-school Bon Iver way, piano chords wistful but assured, the array of expert vocalists shining bright.

A personal favourite, ‘Jelmore’, is an eerie mix of a synth that sounds like it’s about to die, Vernon’s baritone painting visuals of the inevitable death of our world because of climate change, as he sings of the everyday with a touch of Armageddon: “where there’s thrift store manager in a poke camadee/ And a gas mask on his arm/ And one by one by one/ We’ll all be gone/ We’ll all be gone by the fall”. Old habits die hard with ‘Faith’ and ‘Marion’, the latter embracing the sole acoustic guitar and layered vocals, tender in that classic Bon Iver way, the lyrics giving some impressionistic vision of a ‘half love’.

The closer ‘RABi’ presents some meditative lyrics as well, expressing relatively obvious statements aloud, repetition making it into a sort of hopeful plea. The loose lyricism and mystical song names are what outlines the impressionistic nature of this record, leaving it plenty of air to breathe and grow in the listener’s mind, adjusting with each individually, but grounding it into basic truths. “Well, it’s all just scared of dying / But isn’t this a beach?” is a sentiment on ‘RABi’ that probably encapsulates the point of i,i – the calm acceptance of the human condition whilst respectfully enjoying the now – calling your mother, noticing the hurt ones and embracing the hurt, the now most importantly being the collaborative creation that’s so prevalent on the record and blends beautifully with each track, adding a different crystal to the kaleidoscope that is i,i.

The glitchy production in accordance with the traditional instrumentation and the (non)organic vocals, the plurality of collaborators and yet the warm tone and pleasant chord progressions remind one that even though the album’s named after the I – the individual, it stresses the multiplicity of said individual, becoming a community, wrapping up the seasonal change of Justin Vernon’s music on a high, hopeful note, that few saw coming in 2007. (9/10) (Aiste Samuchovaite)

Listen to i, i by Bon Iver here via Spotify, and tell us what you think below!