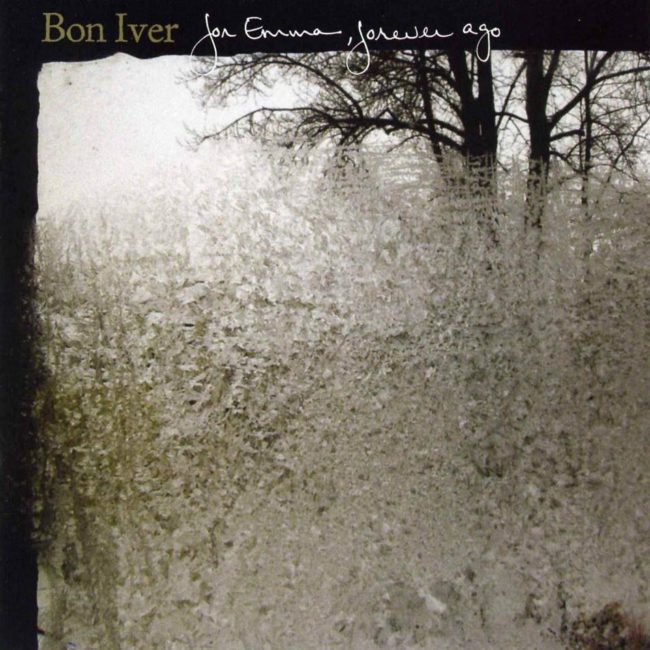 It’s the Saturday night headline slot at Glastonbury 2015 and Kanye West is stumbling through ‘Hold My Liquor’ from the experimental hip-hop of Yeezus, when an unlikely saviour comes to his rescue – Justin Vernon. Perhaps the biggest surprise of a set, which included many, was that it wasn’t actually a surprise to see the indie-folk artist take the stage with the rap icon.

It was a long journey for Justin Vernon and one that took more than its fair share of bumps in the winding country road. Starting out in jazz bands in the Eau Clare area (the Eau Clare campus is renowned for its jazz programme) where Vernon resides to this day, he read Religious Studies with Music Theory on the side – claiming he “wasn’t ready” to invest himself fully into music.

Of course he already was. By 2001, Vernon had formed multiple groups and was self-releasing and collaborating at an alarmingly fast rate. However, it was the DeYarmond Edison project which would ultimately prove the most influential for what was to come.

The group, in typical early Vernon fashion, released music quickly after moving to Raleigh, North Carolina in a bid to test the 10-strong band. It wasn’t to last, and, after two albums, Vernon split with his girlfriend and headed back to Wisconsin for that now legendary 18-hour trip into the woods…

Vernon was recovering from mononucleosis and pneumonia which had seen him bed-ridden for three months prior to his split from DeYarmond Edison. It was during this time which Vernon came up with the Bon Iver name; he spent days watching television and during an episode of 1990s comedy-drama ‘Northern Exposure’ he became transfixed with the term ‘Bon Hiver’ (French for “good winter”). Eventually the “h” would be dropped with hiver evoking negative memories of the liver infection he was overcoming.

Winter is still a theme for the album which was recorded in his father’s cabin, where he would learn to hunt and fend for himself (something Vernon viewed as important following his time of dependence). Every strum of a guitar emphasises the fragile state that Vernon experienced prior to For Emma’s… recording.

The record begins with the one track written before the escapade, ‘Flume’. Lo-fi strumming provides the first backdrop for the gorgeous falsetto of Vernon as ringing strings and wintry swirls surround the licks of vulnerability during the song’s breakdown – as it literally does just that, break down.

‘Lump Sum’s’ choral intro and urgent guitars are as magnificent as they are disarming. The track is the embodiment of why For Emma… has to be listened through headphones; cold textures enamour as the vocal tracks bounce around the shack.

The idea of a man singing folk about tranquillity in the pastoral doesn’t sound inspiring but as Vernon showed, it could be groundbreaking. ‘Blindsided’s’ pulse-like percussion remains a highlight, with the opening verse remaining lyrically ambiguous but masterful all the same. “I crouch like a crow / Contrasting the snow /For the agony, I’d rather not know” is but one example of the poignant imagery used by Vernon to show his forlorn state.

This lyrical ambiguity only further serves to show the loneliness of Vernon, as if Vernon is so lost within himself that even he struggles to depict just how he is feeling. The additional musicians during ‘For Emma’ don’t take away from the solitude of the album; the horns used show an outwardness that is missing for much of the album – but it makes sense. Emma is not the name of a girl who broke his heart, more an idea – a concept for all the world. The fact that ‘For Emma’ is the most outward track on the LP hints at recovery from the self-imposed hibernation that Vernon brought upon himself.

Perhaps the most significant aspect of For Emma, Forever Ago is its use of electronics. An old Macintosh was used throughout the recording and it was this which led to the now-trademark Bon Iver sound. Vernon layered his falsetto vocal over itself to create an echoed choir effect, all the while staying true to the folk sounds which Vernon had been a part of in his more formative musical years.

The best examples of this sound, which would go on to influence so many, can be seen in ‘The Wolves Act I & II’. Layer upon layer upon layer of vocals with auto-tune take to the forefront creating an effervescent effect. You would expect that the use of Auto-Tune and the Macintosh would take away from the intimacy of the album, but it does anything but – it magnifies the loneliness of the subject matter.

However, the LP would never have been able to gain the traction it did if it weren’t for the worldwide smash-hit single ‘Skinny Love’. The song is a terrific example of the new brand of Americana folk which was blossoming in 2007 with Sufjan Stevens and Fleet Foxes accompanying Bon Iver in the classic album stakes at the time too. There aren’t many people who haven’t heard the track with The Gaslight Anthem and Robyn especially bringing an even wider audience to the acclaimed single.

Musically, ‘Skinny Love’ breaks at the seams. The raw passion of a lost love is something which instantly connects with the listener, while the lower register of Vernon allowed itself for greater commercial success. The drum beat grows louder until there is a howl of pure pain and desperation.

Without this, the likes of Kanye West, Rick Ross and others would not have come across Bon Iver and his electro-based indie-folk style. As a result it’s hard to say just where music would be. My Beautiful Dark Twisted Fantasy was released just two years after the album rose to fame where you could hear (literally) the influence of Justin Vernon. 2009 Blood Bank EP track ‘Woods’ was sampled by Kanye West on ‘Lost In The World’, with Vernon also featuring on ‘Dark Fantasy’  and ‘Monster’. West’s 2010 epic was another masterpiece and this is in no small part thanks to Bon Iver’s For Emma, Forever Ago. It may be the strangest bromance in music today, but that is just the worldwide appeal of Bon Iver (and West’s insane ability to find the perfect collaboration).

Now, a decade later, Vernon is a superstar – he headlines European festivals and is one of the few musicians who is able to jump between collaborators while maintaining his sound. For all the hip-hop (and let’s not forget folk) Vernon has influenced, it all stems from that winter of 2006. It seems strange to say that the most insular album recorded in a decade is the one which turned Vernon into a name known across the world, but in the story of Justin Vernon and Bon Iver, it makes perfect sense.