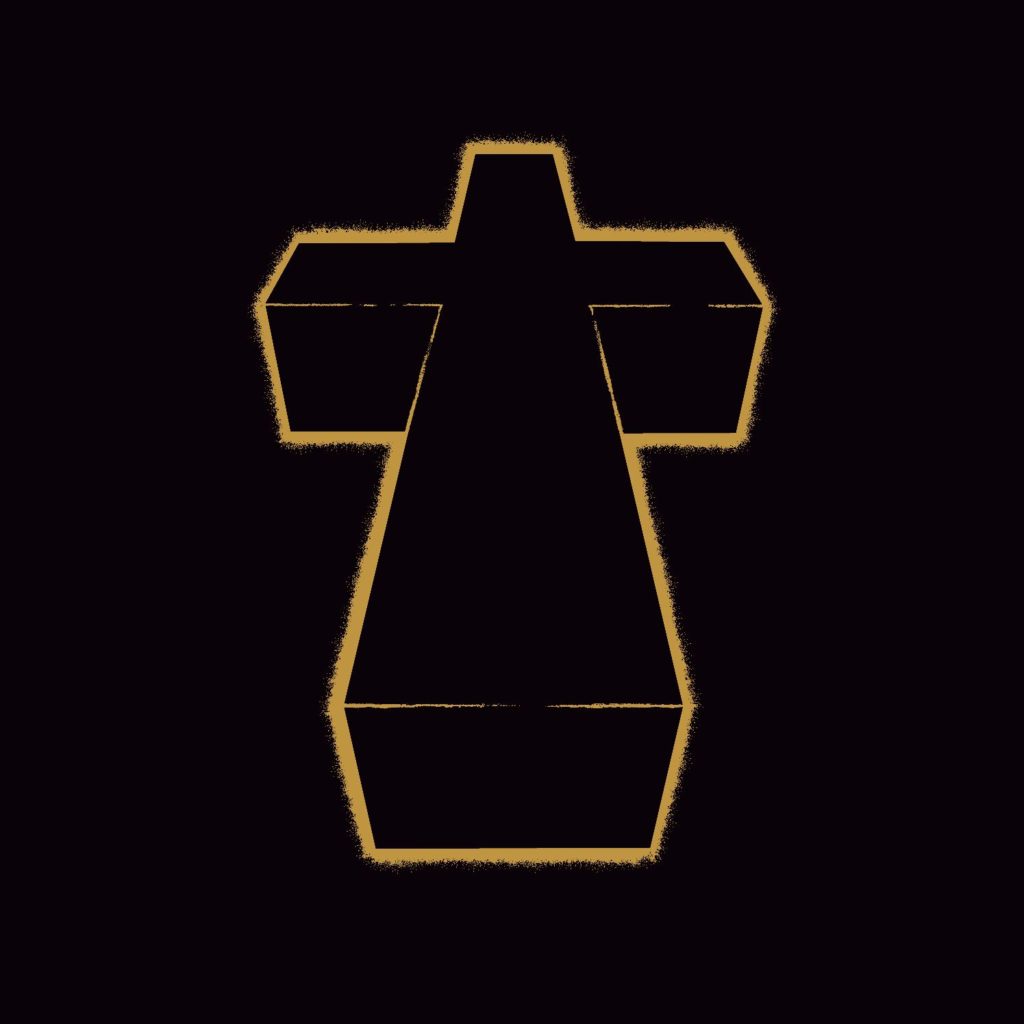 As Daft Punk, the godfathers of French house music, began an extended absence from music following their legendary Alive 2007 world tour, it suddenly fell to another French duo in the form of Justice to carry their torch. The similarities between the two bands were notable: Gaspard Augé and Xavier de Rosnay both hailed from Paris, just like Thomas Bangalter and Guy-Manuel de Homem-Christo; they both built their melodic, accessible music on chunky, whomping and comparatively simply house beats; and both were clearly indebted to the music they remembered from their childhoods, such as ‘80s MTV-pop and ‘70s heavy rock and radio-friendly AOR.

Justice had scored a massive dancefloor hit in 2006 by remixing Simian for ‘We Are Your Friends’ – a monster of a dance track that didn’t appear on Justice’s eventual debut “Cross” – and it was this that laid down the template for the record. With their blocky, rough-hewn production, Justice took an almost punk-ish approach to dance music, taking the direction that Daft Punk themselves had hinted at with their back-to-basics 2005 record Human After All to its logical conclusion. But where Daft Punk’s record was a rare failure in their catalogue, “Cross” was a magnificent success.

Balancing a fondness for heavy-rock with kitschy dramatics, Justice crafted the opening statement of their career with the original intention of it being an ‘opera-disco’. Full of glitches and hiccupping melodics, the album is reportedly constructed from around 400 ‘micro-samples’ – like the handclap sound from 50 Cent’s ‘In Da Club’ – that were so small as to be unrecognisable and thus escaping crediting rules. There’s also three main samples that are used for specific tracks – The Brothers Johnson’s ‘You Make Me Wanna Wiggle’ for ‘Newjack’; ‘Tenebre (main theme’) by Goblin for both parts of ‘Phantom’; and David Shire’s ‘Night On Disco Mountain’ for ‘Stress’.

But what made “Cross” accessible and danceable was that, underneath all the complex noodlings that were going on in the foreground, the bass beats themselves were actually very simple and comparatively slow. It made the entire record feel like a rock experience as well as a dance one, and explains how Justice were able to gain their crossover appeal – again, just like Daft Punk before them.

Opening track ‘Genesis’ told the listener everything they needed to know about Justice – from its distorted orchestral opening to its whomping, concrete-hard beats and what-the-? electronic glitches, it leaves you with twisted blood. ‘Let There Be Light’ offers a more mellow variation on the same vibe. ‘Waters Of Nazareth’, while full of rock-style histrionics, plays things slightly straighter. The two-part ‘Phantom’ is a highlight, with the first track a melange of clomping house beats and distorted vocals that drifts further and further from its moorings as it progresses. The second section is much mellower, like ‘Let There Be Light’ is to ‘Genesis’. The new musical compound is subtly dramatic and immensely fun.

‘D.A.N.C.E.’, with its children’s choir singing lyrics about Michael Jackson, is a classic piece of ‘00s electronica. A significant hit single and the other track for which Justice are best known, it sounds slightly dated and very ‘of its time’ a decade later, but nevertheless stands as an impressive timepiece. Justice’s Ed Banger labelmate Uffie appears on ‘Tthhee Ppaarrttyy’ to provide an actual, recognisable vocal part, and while its hedonism and gleeful manner is appealing, Justice step back and set things to cruise control.

‘Stress’, whose controversial music video was originally uploaded to Kanye West’s website, is one of the highlights of the album. Consisting of buzzing strings and pulverising beats and feedback, it’s a tension headache of a track that was deliberately mixed in order to sound as abrasive as possible. That heightened drama was reflected in the promo video, as scenes of teenage street violence committed by masked youths with jackets that bear the album’s artwork across the back unfold across Paris.

Almost like a piece of extended classical music, certain passages on “Cross” seem to be repeated or echoed later on. The clean strings on ‘Phantom pt.II’ seem to be a simple variation on the ones that embellish ‘D.A.N.C.E.’. The vibe of that track seemed to be copied entirely for the rather bland ‘DVNO’, which was an odd choice for a single. Pretty much the same pattern of twitchy jerks on ‘Genesis’ appear a few tracks later on ‘Newjack’. However, for all this repetition, the effect is not one of monotony – rather, “Cross” has a self-contained internal logic that means the album demands to be listened to in sequence.

Justice’s two subsequent studio albums – 2011’s Audio, Video, Disco and 2016’s Woman – have both been solid rather than spectacular affairs, and although Augé and de Rosnay crafted the tracks with the same degree of meticulousness and love, the lightning bolt of novelty wasn’t really there, perhaps simply unable to replicated. That lightning was captured in a bottle in the 2008 live album A Cross The Universe and an accompanying tour film, Access All Arenas.

Justice were the toast of the dance world for a short while, but the longer-term impact of “Cross” has been widely felt across a decade of subsequent dance music, from other glitched-out house acts like Deadmau5 and Skrillex to the mainstream of EDM and pop, such as Avicii and Calvin Harris.

Listen to “Cross” here via Spotify, and tell us what you think below!