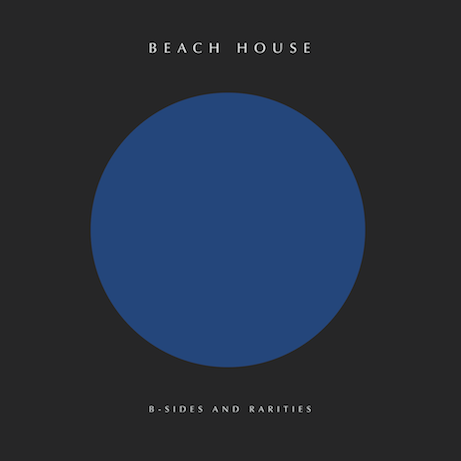 Beach House haven’t broken any barriers with their ‘­B-Sides And Rarities’, but they continue to please their forever-dedicated fans.

There’s a fundamental issue with most B-side compilations: why weren’t they good enough to be released in the first place? Once one begins to ponder this, the cracks can begin to unfold during any project. At its best, a B-sides project can give an insight into the mind of a genius (see Kendrick Lamar’s untitled unmastered), however, at its worst, the project can show the weaknesses in an artist, proving that their songwriting isn’t always a work of art.

It’s fair to say that on B-Sides And Rarities from Baltimore dream-pop outfit Beach House falls somewhere in between the two. Tracks range in age on the LP, with some being a decade old to off-cuts from the recent one-two of 2015’s Depression Cherry and Thank Your Lucky Stars, so it is a measure of how good Beach House are that B-Sides… sounds fluid from start to finish.

The record begins with one of the only tracks that wasn’t available to fans prior to the LP’s release, ‘Chariot’ (one of the aforementioned off-cuts from Depression Cherry and Thank Your Lucky Stars), and it is a perfectly pleasant intro for what is to come; held keys dominate as guitars rise and fall giving a wave-like serenity to the record.

There are few surprises during the project, but plenty of lovely moments which further add to Beach House’s status as the leaders of the dream-pop revival. ‘Equal Minds’, the B-side to ‘Lazuli’ from classic 2012 record Bloom is as frantic as Beach House come, hints of Saint Etienne are muffled in the intro before the four-piece revert to their classic sound. While ‘Used To Be’ will evoke pleasant memories for long-term fans as the first single from Teen Dream.

‘Baseball Diamonds’ is the embodiment of any B-side project; the track is a nice addition to the Beach House discography, though it is understandable why it would not make the Thank Your Lucky Stars tracklisting.

Elsewhere, there is the David Lynchian ‘Saturn Song’, an ominous soundscape which slowly ventures into sounds previously unheard of for the casual Beach House fan. Before the Parisian ‘10 Mile Stereo – Cough Syrup Remix’ surges through its five-minutes with a plethora of gorgeous wintry synths.

Beach House haven’t broken any barriers with their ­B-Sides And Rarities, but they continue to please their forever-dedicated fans. There are a few misses throughout the record’s 50+ minutes (namely the bland renditions from 2010’s iTunes sessions), but a lot of the LP is a joyous rendition of the career of one of this generation’s greatest acts. B-Sides… may only be a stop-gap between projects, but it is a very welcome one. (7/10) (John Tindale)

But what did you at home think? Listen below and be sure to follow us on Twitter (@studentplaylist) and the lovely John Tindale at @JohnTindale1996. Enjoy!