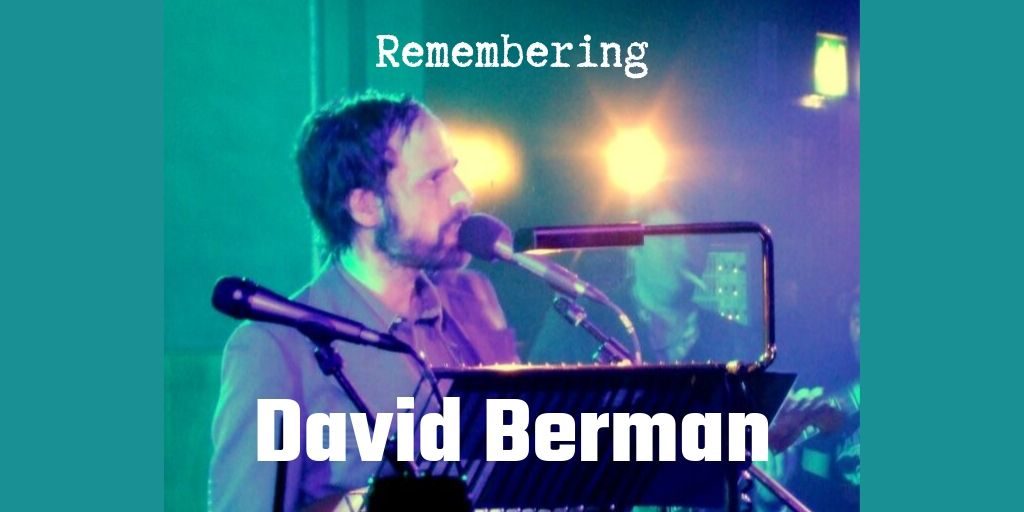 When news broke on Wednesday that David Berman, the songwriter behind legendary indie rock group Silver Jews, had passed away at age 52, it felt like a bomb had dropped. This was a man whose struggles with substance abuse and mental illness were well-documented – he attempted suicide back in 2003 – and still it was unthinkable that he could be dead. Just weeks earlier he had emerged from ten years of silence with a new project, Purple Mountains, and a self-titled album just as strong as any of his lauded albums with Silver Jews. Six months ago we were all resigned to the fact that we’d never hear from him again, that he would remain hidden in the shadows for the rest of his life, but suddenly out of nowhere a new future had opened up. A tour was announced; he was talking to the press; David Berman was back. And then just like that, one of the music world’s greatest talents was gone.

Berman was as unsuited for the indie rock spotlight as any. That we even got to bear witness to his art is due in large part to his association with Stephen Malkmus and Bob Nastanovich. Before Pavement, the three were bandmates in the earliest incarnation of Silver Jews, which formed in the late Eighties at the University of Virginia. Notoriously averse to performing live, Berman rarely took the stage throughout their career, not embarking on his first tour until 2005, following the release of the band’s fifth album Tanglewood Numbers. And thus while Pavement quickly ascended to the position of generational icons, Berman, self-conscious about his guitar skills and half-doubting anyone would care about his music in the first place, toiled away in semi-obscurity. His proximity to Pavement did eventually help him to catch the attention of indie label Drag City, who would go on to press all of his albums, and whose Chicago office served as his physical home in the last years of his life, but still he was never able to find the wider audience that his enormous talent deserved. For those lucky few who did stumble across one of his records, however, his music meant the world.

The truth is that Silver Jews were so much more than their (erroneous) reputation as a mere Pavement side project. Malkmus and Nastanovich would often return as session musicians (the two can be heard on three of their six records), but Silver Jews was always Berman’s. If Pavement are part of a lineage that includes The Fall and Sonic Youth, then David Berman is the successor to someone like Townes Van Zandt, an agitated Americana poet whose playful approach to the world contrasted pointedly with its grim reality. His warm baritone, and, above all else, his enchanting and sardonic lyrics, captured a skewed vision of America’s heartland, one suffused with offbeat characters and a darkly comic point-of-view.

In the days since his passing, numerous musicians have taken to social media to express their sadness and admiration for the late songwriter; artists like The Hold Steady’s Craig Finn, The Mountain Goats’ John Darnielle, and his labelmate Bill Callahan (fka. Smog) all paid tribute. Tellingly, more than song links, my Twitter timeline has been full of his words, the clever turns of phrase that haunt and enchant us in equal measure. When we remember David Berman we remember the inexplicably evocative images he could conjure; his portrait of the world was one with a “jagged skyline of car keys,” and ski vests with “buttons like convenience store mirrors.” He was, simply put, one of the greatest lyricists rock has ever seen. Too often his abilities as a guitarist and as a constructor of melodies are downplayed, but in the end it is his words that burrow themselves deep in the crevices of one’s brain, and they bring with them an irrevocably new way of seeing the world around us.

For those less familiar with David Berman’s work, the 1998 album American Water, Silver Jews’ third,is a great entry point. He made a habit of opening his records with a striking couplet, and the lines that kick off ‘Random Rules’ are perhaps his most iconic: “In 1984, I was hospitalised for approaching perfection / Slowly screwing my way across Europe, they had to make a correction.” What does that mean? It’s hard to be sure, but, still, somehow, one feels it. This is David Berman’s power. The song’s titular declaration plays as something of a response to any lingering questions of meaning: “Baby there’s no guidance when random rules.”

American Water’s cover art functions then like a perfect distillation of Berman’s art: a deserted open road is represented as a solid pink triangle, which comes to a perfect point as it stretches straight ahead, slicing through a blackened landscape of desert rock formations which cut into the pale, cloudless blue sky like shadowy silhouettes. It’s both inviting and uncanny, kitschy and also beautiful, a vision of a lonesome western highway simplified to the point of almost cartoonish abstraction.

But while American Water remains for many the high water mark of Berman’s career, each of his albums has its own specific charms, and all are essential, from the scuzzy Malkmus-inflected debut Starlite Walker in 1994 to the breezy Americana of 2001’s Bright Flight. And none, perhaps, are more essential than Purple Mountains, his first album under his new moniker, released only a few weeks ago. Already a record on par with any of his older work, it takes on a new poignance in the wake of his passing, both for the ways it dwells on death and despair, and because of the bright future that it seemed to promise, which will now never be realised. As he put it, the “nights that won’t happen.” But as painful as it is to hear what now sounds like an unmistakable goodbye, we can take comfort in knowing that his suffering, thankfully, is done.

Discover David Berman’s music with our Spotify playlist, or by scrolling below.