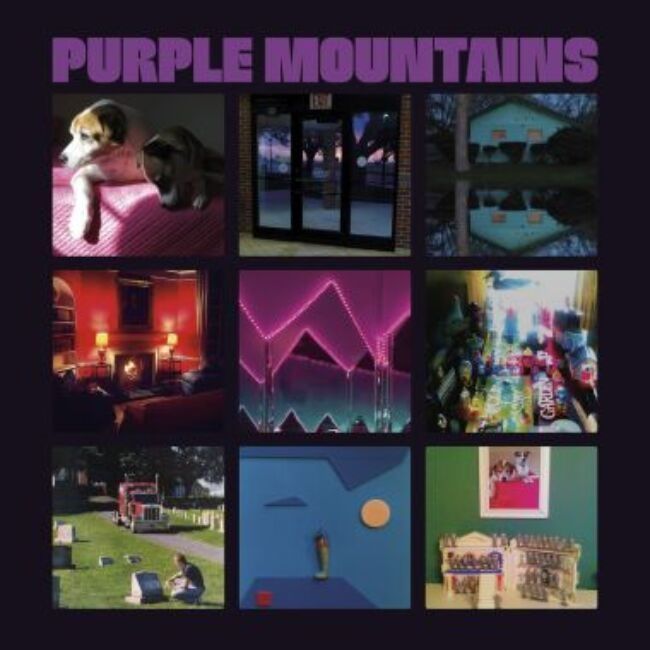 “David Berman is Alive and Living in Chicago.” So reads the headline on a recent profile of the erstwhile Silver Jews frontman, an indie rock icon of yore who, apparently, had dropped so far off the map that his mere existence needed announcement. The headline is knowingly dramatic, of course, but still the ease with which the man accumulates mystique is telling, and his return to the world of music is, indeed, a big deal.

Berman disbanded his twangy indie rock project a decade ago, and has hardly been seen or heard from since. The past few years saw occasional whispers of collaboration – Dan Auerbach, Jeff Tweedy, Dan Bejar, and Berman’s old pal Stephen Malkmus were all rumored to be working with him at one point or another – but they each fizzled out unceremoniously. Berman claims to have given up music entirely for most of that decade, going years without so much as touching a guitar. Indeed, he’s always been something of a recluse; until recently he rarely gave interviews, and he famously suffers from intense stage fright, refusing to tour throughout most of Silver Jews’ run. These hermetic habits are essential to the mythic yarn that he has unwittingly spun for himself, but just as important is the music itself, a kaleidoscopic tangle of slacker-Americana bolstered by his specific brand of vivid, whimsical lyricism. His first release as Purple Mountains is an affirmation of his legend, a rich tableau that digs ruthlessly into his own personal life.

Berman’s first words play like a semi-veiled reference to ‘How To Rent A Room’ (the classic that opens 1996’s The Natural Bridge), the dry, delayed intonation with which he delivers that pickup (“Well, I…”) planted like a winking easter egg for his starved fans. And ‘That’s Just The Way I Feel’ goes on to address the question that is undoubtedly lodged in the minds of many of those fans: where have you been all this time? He answers as only he could: “I spent a decade playing chicken with oblivion,” but don’t worry, he assures us, “I’m the same old wreck I’ve always been.” The song’s jaunty twang then turns a rattled-off list of locales into a blackly comic riff on ‘I’ve Been Everywhere’: “I met failure in Australia / I fell ill in Illinois / I nearly lost my genitalia / To an anthill in Des Moines.”

This sort of wry wordplay is to be expected of Berman. He’s always fashioned himself a poet first and a musician second, his scruffy backdrops existing merely to house his witty, surrealist lyrics. This time around psychedelic-folk band Woods help to provide the instrumentation, their lush string and horn arrangements offering a crisp update on the scuzzier sound of Silver Jews, but the formula for Purple Mountains remains more or less the same: somewhat ironically upbeat country songs underpin the frontman’s sardonic balladeering. What’s changed is Berman.

There’s a directness to his writing here that feels confrontational in a way Silver Jews rarely was. It very well may be that Berman is the same wreck he’s always been, but in the decade-plus since we last heard from him he seems to have found a new method of reckoning with life’s everlasting gloom. Lyrically he’s as sharp and idiosyncratic as ever––his skill for sculpting evocative turns of phrase hasn’t dulled in the slightest––but even when he’s being clever (“The light of my life is going out tonight / In a pink champagne Corvette / I sleep three feet above the street / In a Band-Aid pink Chevette”) he leaves little up for interpretation.

Those lines of impressionistic esoterica that defined songs like ‘The Wild Kindness’, from 1998’s American Water (“I wrote a letter to a wildflower / On a classic nitrogen afternoon / Some power that hardly looked like power / Said I’m only perfect in an empty room”) are few and far between on Purple Mountains. Instead Berman is bracingly forthright. “I loved being my mother’s son,” he sings on the song of the same name. “I loved her so because / She was so good and kind to me / She was, she was, she was.” We wait for the cynical punchline, but nothing comes. There’s not an ounce of irony in Berman’s voice, just candid sincerity. “I wasn’t done being my mother’s son,” he goes on to reflect. “Only now am I seeing that being’s done.” It’s a line that feels as meticulously composed as any, and its frankness only makes it cut deeper. The same goes for ‘She’s Making Friends, I’m Turning Stranger’ wherein he drops this deceptively poignant quatrain: “I want to be tantamount to cordial / Tantamount to good / I want to be a warm and friendly person / But I don’t know how to do it.”

So what’s different? Why the candor? Perhaps it’s simply a matter of maturity, middle-agedness leaving little reason for beating around the bush. He is certainly concerned with the passing of his youth: “Mounting mileage on the dash / Double darkness falling fast,” he cries out on ‘All My Happiness Is Gone’, reminiscing on the easy bliss of “Ten thousand afternoons ago.” Backed by airy synth pads he embodies perfectly that aforementioned formula, his dour lyrics tonally at war with a chorus melody that vaguely recalls the sanguine, summery hook of Modern English’s ‘I Melt With You’. But this uncomfortable place of contradiction is just where Berman thrives, “Where nothing’s wrong and no one’s asking / But the fear is so strong it leaves you gasping.”

Such despair seems to inform ‘Nights That Won’t Happen’, the undeniable standout track on Purple Mountains. Here we find the band at their most delicate, leading with an achingly gentle electric keyboard melody over laidback acoustic guitar strums. Berman, however, is firm as he delivers one of his most poignant pieces of poetry to date: “The dead know what they’re doing when they leave this world behind / When the here and the hereafter momentarily align / See the need to speed into the lead suddenly declined / The dead know what they’re doing when they leave this world behind.” Coming immediately after ‘I Loved Being My Mother’s Son’ and the newfound realization that such “being’s done,” this reads like a response. The song carries with it a perverse sort of comfort, not because Berman’s words make grief out to be any more pleasant (“And when the dying’s finally done and the suffering subsides / All the suffering gets done by the ones we leave behind”), but because of his certainty in its bleakness. There is a profundity in being certain, even if it’s certainty of suffering. “Ghosts are just old houses dreaming people in the night / Have no doubt about it, hon, the dead will do alright.” He sounds, for once, like he’s found peace, peace in knowing that pain is reserved for the living.

This sets the stage for the closer, ‘Maybe I’m The Only One For Me’, which, with its self-evident uncertainty, does away with any of the relief found in ‘Nights That Won’t Happen’. It’s a rollicking honkytonk tune that offers a dispirited solution to those anxieties that permeate Berman’s record. On top of the death of his mother, he concerns himself with failing relationships (‘Darkness And Cold’; ‘She Makes Friends, I’m Turning Stranger’), the loss of time (‘Snow Is Falling In Manhattan’; ‘All My Happiness Is Gone’), and general, existential exasperation (‘Storyline Fever’). “How long can a world go on under such a subtle god?,” he cries out on ‘Margaritas At The Mall’, by which he means “how can I go on?” ‘Maybe I’m The Only One For Me’ finds him answering that cry with a defeated sigh. Maybe he is the problem. “I’ll put my dreams on my shelf,” goes the chorus. “I’ll have to learn to like myself.” There is nothing empowering about this resolution towards self-love; rather this is a caution as to the ills of total isolation. On the first track Berman boldly proclaimed that “The end of all wanting / Is all I’ve been wanting,” and here he seems to be circling back to that idea, showing us the consequences that come with such a feeling. Without friend, lover, or parent, one must also give up their dreams.

The songs that make up Purple Mountains paint a portrait of outright bleakness, that of an American wasteland that has hung our lonesome narrator out to dry. But it’s here that we might also do well to think of the melancholy refrain of Berman’s forebear Townes Van Zandt, which in this context offers a darkly comic reprieve: “Well it’s easier than just a-waitin’ around to die.” (9/10) (Brendan Nagle)