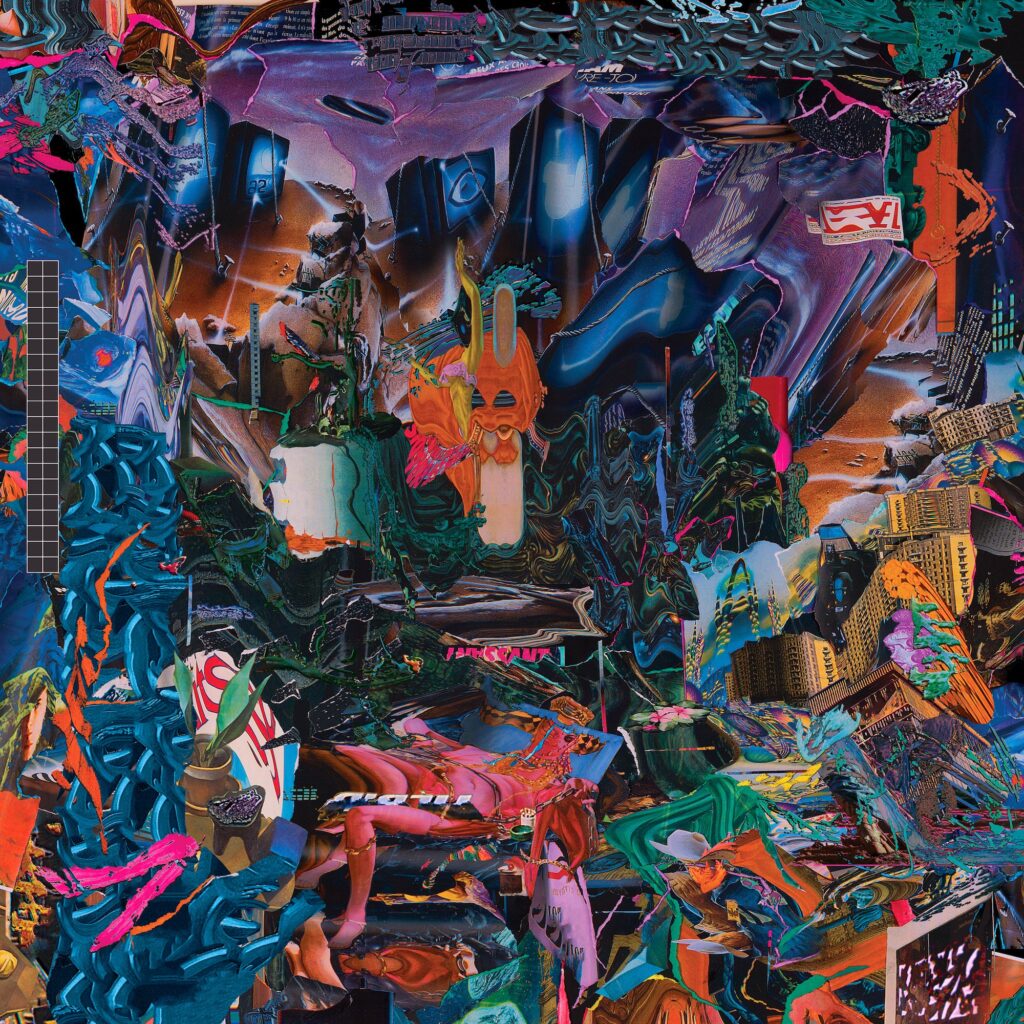 Although more controlled than the chaos of their debut, Black Midi’s second album ‘Cavalcade’ is dynamic, detailed and highly intense.

It seems that 2021 is the year of big, independently released British rock albums. There’s already been Black Country, New Road, Squid and even Shame delivering forward-thinking records. And when we say big, we don’t necessarily mean commercially successful, though all of these records have broken the UK Top Ten. We mean that every single sound on these albums sound gigantic – expansive, dynamic and challenging without being overwhelming. They seem to be each a response to the state of Britain at the moment, or anger and confusion at the state of the human condition. And next to join this group is Black Midi, who may just have the most unique of them all.

Shame had fast, angry post-punk with their second album Drunk Tank Pink. Black Country…’s For The First Time seemed to mix their sound with post-hardcore, and Squid’s Bright Green Field focussed on delivering fast, funky sounds. Black Midi, on their second full-length Cavalcade that follows their acclaimed and Mercury-nominated 2019 debut Schlagenheim, engage in a mix of all of the above and more. Opener ‘John L’ is a fast, angry, stop-start rhythm over quickening woodwind sounds, but second track ‘Marlene Dietrich’ is a slower, jazzier affair with lead singer Geordie Greep delivering one of his most impassioned and detailed vocal performances.

Black Midi dance through the next track ‘Chondromalacia Patella’ with a mixture of the first two tracks. It features verses that slow down the song and take a jazzier approach and then features a conclusion that races along at a pace that is almost impossible to keep up with. The end features the sound of something falling from a great height, akin to a slide whistle in a cartoon. It makes for one of the most entertaining choices on a rock track for a long time.

‘Slow’, the album’s fourth track, is anything but. It uses a gorgeous math-rock rhythm that dances around the track and makes for an exciting listen. It seems that, throughout Cavalcade, Black Midi are so desperate to maintain your attention that they don’t let up for a minute. Even the slower parts of the album feature Greep’s haunting vocals, which are sure to put a listener on edge, or twinkly guitar riffs, like the start of the album’s fifth track, ‘Diamond Stuff’.

Occasionally, Black Midi do run the risk of presenting the listener with too much to process at once, but more often than not this controlled chaos works in their favour. The album acts like a whirlwind of emotions, going from angry, to sad, to anxious, to joyful. Like so many great albums since the lockdown, it deals with the pains and triumphs of the human condition.

‘Dethroned’ features a pretty fantastic Bowie impression on the vocals. It even plays like a track from Bowie’s final album Blackstar, with an extra dose of experimentation thrown in for good measure. The track builds up tension and ferocity with an equal dose of confidence and anger. By the middle of the track, you may have felt like you have felt all the surprises, shocks and turns that the track is ready to offer, and then a breakdown and a stuttering guitar sound brings the track back to life.

Cavalcade’s final track ‘Ascending Forth’ builds to a haunting dramatic conclusion over a ten-minute running length. It’s exciting, original and brilliant, and shows that Black Midi are one of the most exciting bands making music right now. (9/10) (Harrison Kirby)

Listen to Cavalcade by Black Midi here via Spotify, and tell us what you think below!