Releases To Look Out For At Record Store Day 2019 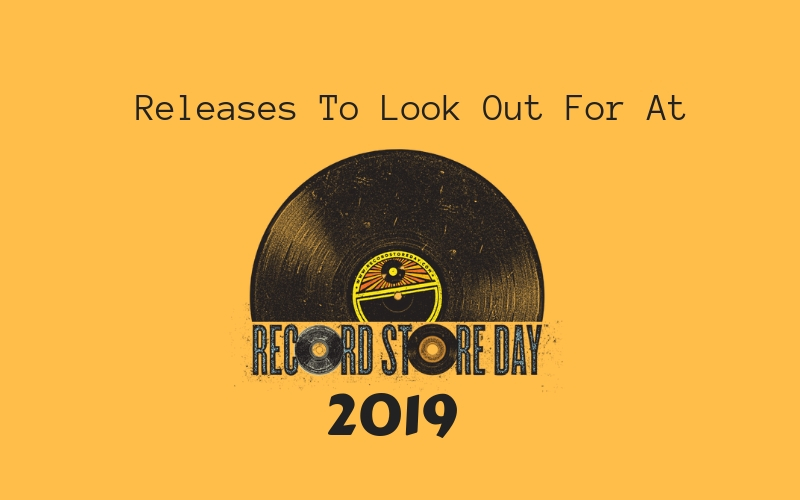 Brace your bodies and ready your wallets, dear readers, for it’s nearly the time of year that vinyl nerds and indie fans wait so eagerly for – Record Store Day is upon us.

2019 represents the 13th edition of RSD. Normally held annually on the third Saturday of every April – although this year, it’s the 13th April to avoid clashing with Easter – it was originally established in 2007 to celebrate independent record shops and to give them a financial shot-in-the-arm to flagging independent shops, in the face of downloads and high-street giants. While downloads have ceded to streaming and some of those high-street goliaths have now fallen, RSD still serves its original purpose but has since also tied itself in with the wider revival of vinyl. As such, Record Store Day is still going strong, and every year there are limited edition releases from your favourite artists to be fought over.

Grunge legends Pearl Jam are this year’s ambassadors, following the likes of St Vincent, Run The Jewels, Josh Homme, Chuck D and Iggy Pop as the official spokespeople of Record Store Day. In a video statement, they praised independent stores in the face of the high street brands, and explained the spirit and ethos of the concept.

Take a morning stroll around your city or town at 6am on Record Store Day, and you’ll find queues of people outside your local record shop. In Leeds, both of the main independent outlets, Crash Records and Jumbo Records, are both getting involved, hosting special events and live performances alongside being open for general business. Vinyl fans, record dealers and casual music listeners can get involved, and there are some particularly interesting releases to be had in 2019.

Here’s some cool stuff to look out for:

The stand-out track and hit single from .Paak’s Oxnardalbum gets a first-ever vinyl issue on a cream-coloured 7” disc, with the remix featuring Busta Rhymes on the flip.

Although it was only released a little under a year ago, Blossoms’ sophomore album receives a re-issue for RSD, containing printed inners, download card and pressed on heavyweight vinyl.

A brand new track from the brilliant Courtney Barnett, presented on 12” vinyl with last year’s stand-alone single ‘Small Talk’ on the B-side and with the artwork hand-illustrated by Barnett herself.

Psychedelic indie-pop outfit Glass Animals’ 2014 debut album Zabawas never released on vinyl the first time round. This goes some way to rectifying that – four of its tracks are re-recorded in stripped-down form.

Newly-crowned punk heroes IDLES have never released their 2015 EP Meaton vinyl, and it’s companion remix EP Metahas never been physically released at all. Both are now pressed on to white-coloured vinyl, for one time only. Be prepared to squabble with other fans for these coveted items!

Fresh from her boygeniuscollaboration, Julien Baker’s first solo material for 18 months is an exclusive release for RSD 2019!

The indescribable Moses Sumney presents last year’s three-track EP on special red and black spattered vinyl. All three songs fit on one side of the 12” – the flip side is a beautiful etching.

Presented on clear vinyl, a live recording made in one of London’s oldest churches in March 2018 by one of the year’s best British indie newcomers Our Girl.

Incredibly, Robyn’s influential EPs have never been issued on vinyl since their release back in 2010. This collects all the tracks from both extended plays on one album and four sides of vinyl, just like Body Talkstudio album did.

The mini-album posted on Bandcamp that catapulted Sophie Allison to national attention back in 2016 gets a first-time release as a physical product for RSD. Comes in glitter-coated sleeve and contains a special poster.