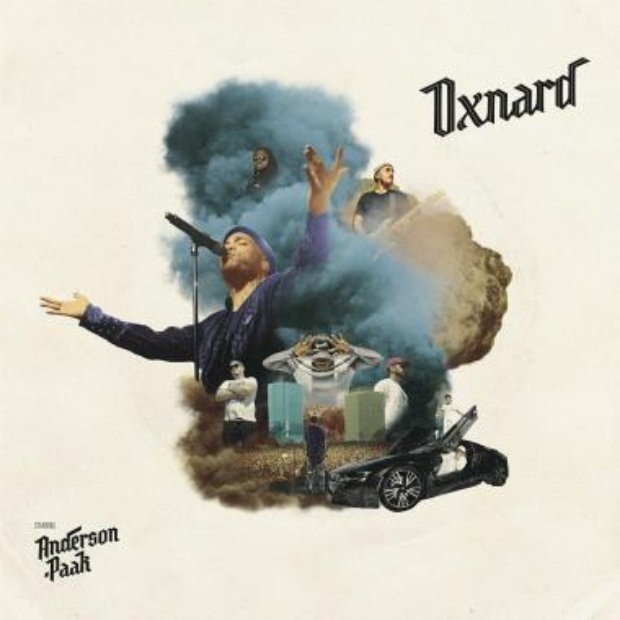 Stepping up to the majors and littered with guest features, Anderson .Paak’s ‘Oxnard’ unfortunately sacrifices some of its creator’s personality for commercial gain.

Most established fans of his work probably knew what to expect from Anderson .Paak’s third studio album Oxnard, titled after the area of California in which the singer and drummer grew up. As it turns out, the significance of an artist changing recording label cannot be understated, especially not when the label Paak switched to is a behemoth as prolific as Aftermath. The style of production and the label’s policy of featuring big name artists has altered what I would consider the original Anderson .Paak sound into a less funky, hip-hop onto the R&B/pop wagon. Don’t get me wrong, Oxnard is still a well written album, displaying all levels of Paak’s personality – he’s just a fucking cool guy – and flawless production, but it’s a move away from his own personal style, with a particular loss of focus on his outstanding talents as a drummer.

The most obvious influence of Aftermath’s reach in the hip-hop/R&B world are the huge names that feature on Oxnard; Snoop Dogg on ‘Anywhere’, Dr. Dre on ‘Mansa Musa’ and Kendrick Lamar on the album’s lead single ‘Tints’, to name a few. An impressive selection of names and unique vocal performances were chosen to fit the mood created by each track. The vicious, sneering delivery of Cocoa Sarai’s verse in ‘Mansa Musa’ for example, compliments Dre’s later punchier verse, the infamous rapper and producer sounding pretty energetic and proving he can still give powerful vocals.

As interesting or exciting as these artist features may be, however, there’s often a feel that the prominence of the instrumentation has been lessened to accommodate said artists. Some of the tracks, like ‘Anywhere’ or ‘Brother’s Keeper’ feel like backing tracks, a simple musical platform for the artist to deliver their own style over. You find yourself paying more attention to the featured artists, or anticipating their entrance into the track than Paak himself; in comparison to the much more singular Malibu, his breakout 2016 effort, Oxnard feels as though you’re enjoying simply the presence of the featured artist, and not the music being produced.

However, Anderson .Paak himself proves his capabilities as a writer and musician in tracks without any featured artists, such as ‘Smile/Petty’, or ‘Who R U?’, and it’s his stunning rhythm that provides the most musical interest. By providing both the rap vocal and drumming for tracks such as these, Paak often syncopates his flow with the beat, a technique that’s more typical of his sound. The drum tone throughout however seems again more filtered, harder hip-hop sound, with not much sign of the usual crisp, sizzling acoustic drum kit sound he’s affiliated with, which is disappointing because some of Paak’s grooves are so creamy.

The man can certainly take you places with his music though, and the imagery created in some of the tracks on this album are vivid but relaxing. ‘Tints’ for example, is a track that can have you riding along a beachside road in a convertible in California, regardless of whether or not you’ve ever been there or know much about it. Anderson .Paak’s music is consistently inviting in this way, and makes the experience of Oxnard an easy listen for any fan of modern funk, to lo-fi hip-hop, to more popular R&B. It’s just a shame that something of his personality seems to have been sacrificed in the process. (6/10) (Jacob Kendrew)

Listen to Oxnard by Anderson .Paak here via Spotify, and tell us what you think below!