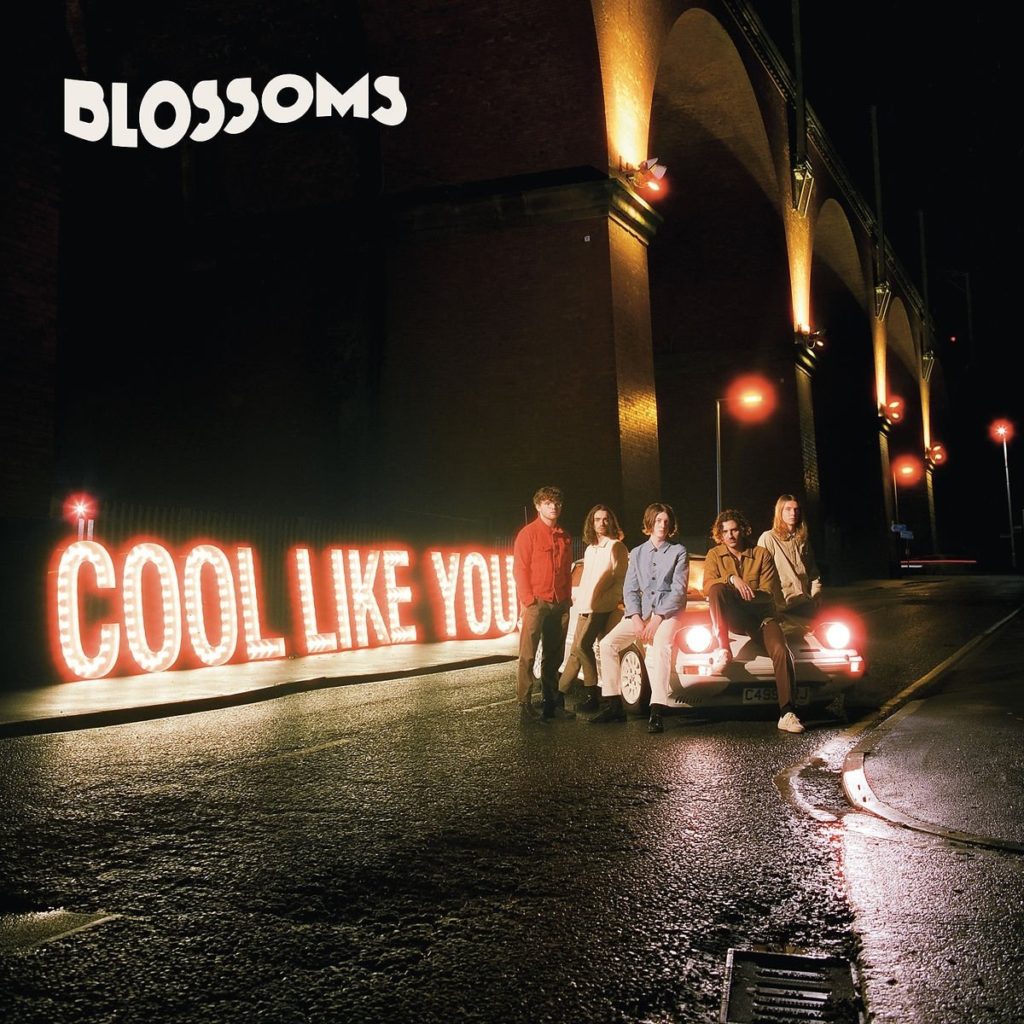 It’s just about worth sticking with the filler for the handful of gems on Blossoms’ second album ‘Cool Like You’, a record that cleaves to the formula of their debut.

With their debut self-titled effort, Blossoms managed to carve out an unmistakable signature sound two years ago. Cottony synth riffs, big melodies, and choruses that stick in your head for weeks. However, it was far from flawless. It rarely strayed from their established formula, and many songs simply missed the ultimate uppercut they were aiming for. How would they cope with Difficult Second Album Syndrome, when their first was already difficult? On the appallingly-titled Cool Like You, Blossoms’ philosophy seems to be: more of the same.

Their influences have always been clearly Mancunian – Smiths, Stone Roses, New Order – although the result is more Take That than Wu Lyf. But that’s not always a bad thing. Underneath their indie trappings, Blossoms are a pop band, and they seem to eschew the artistic ambition of their influences in favour “big choruses and [being] massive”, as frontman Tom Ogden said last year. Occasionally, it works. ‘I Can’t Stand It’ is, to be fair, a belting song. The instrumentation is spacious and stripped back just enough, and it sounds great. ‘Stranger Still’ has an introductory drum pattern that, bizarrely, could be sampled from ‘Hotline Bling’. The song builds with soft synths and understated bass guitar into another brilliant chorus.

However, these two tracks in particular are simply refreshing moments on an album that often feels far too dense. Songs like ‘Unfaithful’, ‘Lying Again’ and, well, the majority of the second half of Cool Like You, sound so brash and in-your-face, and it’s not always a sound that suits Blossoms. The Buzzcocks energy of ‘I Just Imagined You’ unfortunately just doesn’t hit home, and the fuzzy guitar riff starts to grate a little over the duration of the song. ‘Unfaithful’s whining synth becomes similarly annoying over the course of the track.

Perhaps the problem is context. Arguably, Blossoms are a fantastic singles band. Taken at face value, title track ‘Cool Like You’ is a great song. That classic disco drum beat and signature Blossoms synth tone come together perfectly – you can already imagine hearing it blaring out of the next Topman you set foot in. Yet by the time it rolls around three songs into the album, ‘There’s A Reason Why (I Never Returned Your Calls)’ and ‘I Can’t Stand It’ make the song feel somewhat unwelcome. Having such a recognisable sound can be a curse and a blessing. Whilst bands like The Killers can fill albums with quality tunes that don’t stray too far from their recipe and at the same time don’t sound too clichéd, it is often difficult to tell where one song ends and the next begins on Cool Like You.

This lack of dynamism applies lyrically, too. Ogden rarely strays from themes of loneliness and relationships, and there is hardly one memorable or quotable line from any song on here. He’s obviously a smart, well-read guy – anyone who can make a hit record out of the word “Charlemagne” deserves a great deal of credit, and there are phrases lifted from T. S. Eliot on ‘Unfaithful’. It’s just a shame that his taste doesn’t filter through to the songs.

Whilst Blossoms have the tune-making abilities to rival many indie bands within their league, Cool Like You feels like a battle of attrition. There is so much filler that it sometimes doesn’t feel worth it for the three or four gems on the album. After Blossoms, their sophomore effort unfortunately comes across as second helpings of a sickly sweet dessert that nobody really asked for the first time round. (6/10) (Louis Marlow)

Listen to Cool Like You by Blossoms here via Spotify, and tell us what you think below!