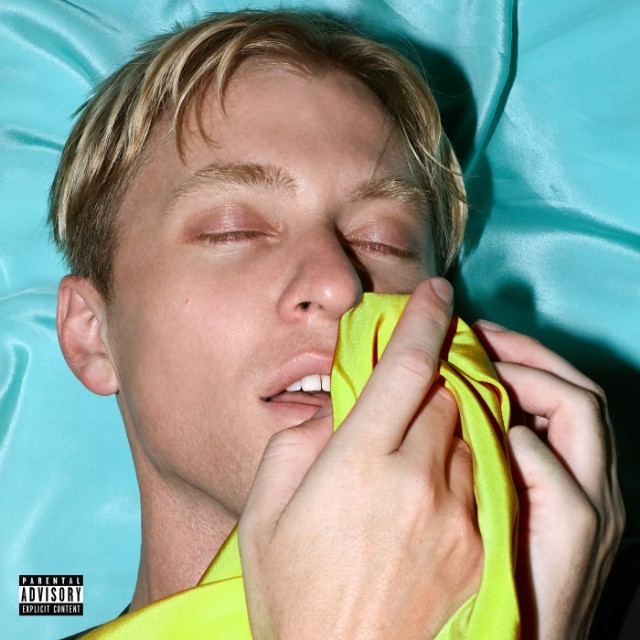 Jonny Pierce’s songwriting maintains its sense of purpose on ‘Brutalism’, as he continues to marshal The Drums solo.

The general election which marked the beginning of Tory austerity; the volcanic ash cloud that resulted in the worst airspace shut-down since the Second World War, leaving thousands of passengers stranded across Europe; England crashing out of the World Cup once again in humiliating circumstances. Looking back, it’s fair to argue that 2010 was a fairly disappointing year. In keeping with the trend, a slight air of disappointment hangs over The Drums’ career as well, perhaps as a result of the overwhelming hype that greeted them at the turn of the decade.

After releasing their unashamedly retro yet effortlessly melodic debut album, faltering relationships within the band led to a couple of lacklustre follow-ups (2011’s Portamento and 2014’s Encyclopedia), and left singer Jonny Pierce as the only surviving member. Thankfully, Pierce ploughed on, returning in 2017 with Abysmal Thoughts, a deeply personal record which reaffirmed his knack for sun-kissed, reverb-drenched indie pop.

Pierce has long worn his influences proudly on his sleeve, from ‘60s girl groups to C86-era indie bands. On new album Brutalism however, these influences take more of a backseatin favour of a full-blooded pop approach, with some lashings of experimentalism. Yes, those trademark jangly guitars and heavenly vocal harmonies do surface from time to time, such as on the cathartic closer ‘Blip Of Joy’, but they come equipped with richer production and a wider palette of sounds. Pierce’s attempts to distance himself from past material sometimes come off as a little try-hard; acoustic ballad ‘Nervous’ drifts by wistfully until a smattering of synths rear their head, disrupting the song’s delicate atmosphere. More often than not though, the results are pleasing, particularly on the heady banger ‘626 Bedford Avenue’ and the frantic ‘Body Chemistry’ with its muscular, driving rhythm section.

Going solo has evidently allowed Pierce to evolve musically, and it’s also had an effect on his lyrics too. Whereas early Drums songs often mired in clichéd romanticisms (trust me, it’s hard to hear couplets like “We tried / and we died” without rolling your eyes), nowadays he is a much more candid and expressive songwriter. On ‘Body Chemistry’, he contemplates the idea that his depression could be ingrained in his DNA (“Is my chemistry not forgiving me?”), while on ‘Loner’, he tackles his discomfort with the world around him, with an added lick of humour for good measure (“Do you have something good to say / ’Cause I’ve got 300 elephants shitting on my grave”).

Given the troubled history of the band, there was a time where it was difficult to envisage The Drums ever releasing music again. There will always be the thought that they never quite fulfilled their early promise, but Pierce’s desire to let go of the past on Brutalism has given his music a new lease of life. Aside from some questionable production choices, an exceedingly enjoyable album. (7/10) (Matty Watkin)

Listen to Brutalism by The Drums here via Spotify, and tell us what you think below!