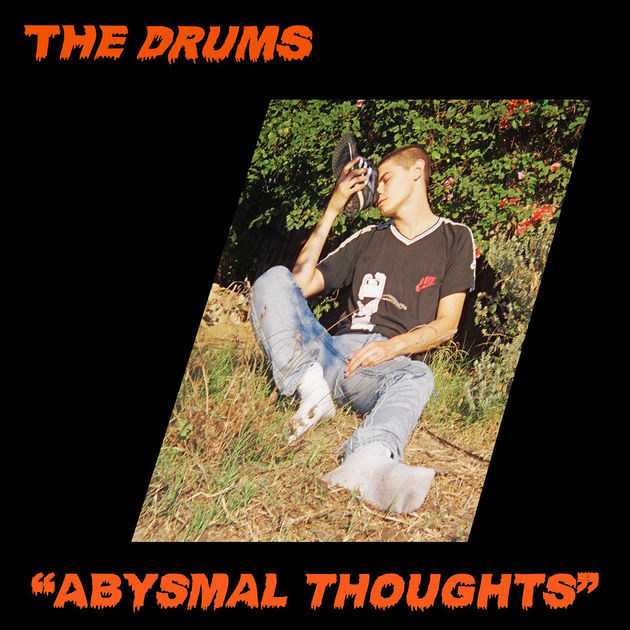 Now simply a solo vehicle for singer Jonny Pierce, the fourth Drums record is perfectly fine but doesn’t take any risks or offer many variations of the formula.

Seven years after they were cited as the next Great White Hope for indie music, The Drums is now merely a solo project of its lead singer Jonny Pierce. After co-founder Jacob Graham left the band in 2016 to focus on his puppetry career (no really, I’m not kidding) Pierce was forced to regroup for the third time since their break-out 2010 self-titled debut and soldier on alone for the band’s fourth studio album, Abysmal Thoughts. Now writing and recording everything by himself he was tasked to capture the Joy Division-by-the-swimming-pool charm that made The Drums so loved among their fan base in the first place.

Maybe it’s due to being a one-man band, or maybe it’s because of some other vague artistic reason, but Abysmal Thoughts sounds significantly stripped down in effects compared to the band’s previous releases. It’s not as heavy on the indulgent reverb and echo delays of 2014’s Encyclopedia or the darker electronic low-end touches of 2011’s Portamento. Instead sounding much closer to their debut and its overt supposed surfer rock influences. As such is the case, you’d expect the songs themselves to carry the weight, structurally and/or lyrically. But it doesn’t seem as though Pierce made any conscious effort to shift the songwriting around the lack of other members or novelty production touches. It makes a lot of the album seem like pre-debut demos of the band instead of a full-length studio release. There’s no clear progression to be felt here.

A lot of the songs end-up completely passing you by as “another Drums song” without standing out at all, with only a few seemingly carrying the entire release. The opener ‘Mirror’ contains a somewhat interesting hook as well as a nice drop on the chorus. The somewhat cringe titled ‘Are U Fucked’ is also pleasantly melancholic, giving off early The Neighbourhood vibes. The lyrics are simplistic and candid, which was one of the strong suits of the band to begin with.

In all honesty, people who are already massive fans of the band’s specific sound won’t find much to hate. Abysmal Thoughts is still very much The Drums – a more indie-pop, more screechy version of ‘80s English post-punk. The lack of any kind of leap into the unknown though, prevents any sort of excitement or hype about what’s to come. (6/10) (Ellie Wolf)

Listen to Abysmal Thoughts here via Spotify, and tell us what you think below!