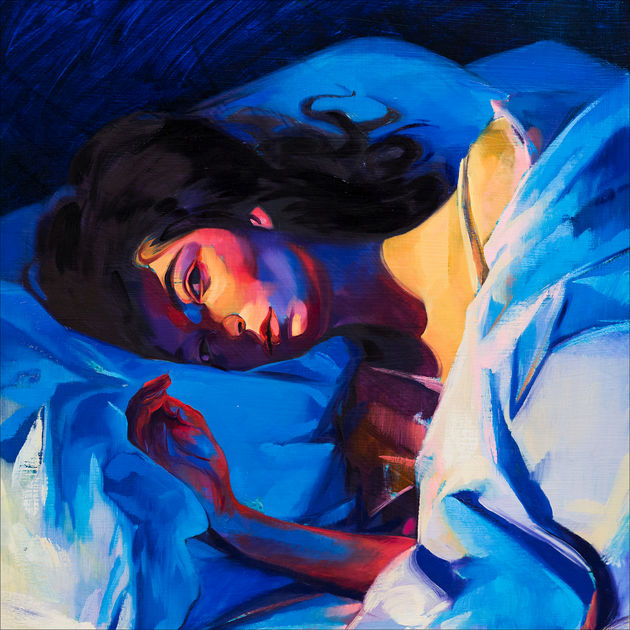 The outrageously talented Ella Yelich-O’Connor doubles down on her existing sound for her second full-length album ‘Melodrama’.

There’s a triumphant pride surrounding Lorde on her sophomore effort Melodrama. Debut record Pure Heroine was an addictive blend of dream-pop meets trip-hop, but the main highlight for the LP was the masterful songwriting from a then 16-year-old. Lead single ‘Royals’ was the crossover hit that many wait a lifetime to write. It was art-pop for the modern day, snares snapped as the dark and dynamic vocal of Ella Marija Lani Yelich-O’Connor commanded the attention of the listener.

It has been nigh on four years since Pure Heroine’s release and in that time Lorde’s stock has only risen; she’s produced music for the teen smash-hit franchise ‘The Hunger Games’ (with her music proving to be one of the better aspects of the otherwise lacklustre fourth instalment) and, while it may not be conventional songwriting (as Max Martin famously said), it is utterly beguiling.

Melodrama shows a development in craftsmanship with much of the trip-hop influences being replaced by an array of conventional and unconventional pop styles. The snares are largely gone, but that is not to say that the record has lost any of the charm of Pure Heroine.

The record begins with lead single ‘Green Light’, a Florence + The Machine-infused piece of monster pop. Covering themes of loneliness and acceptance in a changing world, the track sets the tone for the record with much of the album being an insular affair. However, musically, the song paints a different picture; the song’s overwhelmingly joyous sound contrasts any lyrical narcissism in a way acts like Passion Pit have perfected over the years – it’s instant gratification for fans who have waited for this moment.

Melodrama was written when Yelich-O’Connor was leaving her teens, so it comes as no surprise that the record speaks to the teen audience in a way most modern pop could only dream of. Generational talents Kate Bush and PJ Harvey are obvious comparisons for much of the record, with the former’s noise especially apparent during ‘Writer In The Dark’. The song touches on lost love as the distant ballad remains personable as it takes hold of the listener.

There are still moments which evoke memories of Pure Heroine with the grandiose ‘Hard Feelings/Loveless’ being a prime example. Beginning with ‘Hard Feelings’ Lorde opens with an electro-ballad which swirls around as she contemplates the winter of her previous relationship. The maturity shown in the former is immediately contrasted by the interesting ‘Loveless’; Lorde begins in insularity, speaking of the problems she endured in the face of emotional abuse and how she, like many others, enjoyed it, singing: “Bet you wanna rip my heart out / Bet you wanna skip my calls now / Well guess what? I like that”. The song ends with a call to the millennial generation and the “L.O.V.E.L.E.S.S. generation”.

The excellent two-parter of ‘Liability’ and its reprise provide two excellent moments on a record full of them; the song depicts the sadness of an artist alone and the changes that occur – it’s a harrowing track that gives the record time to breathe and reflect on itself with tones of Regina Spektor especially apparent on the latter.

Elsewhere is album highlight ‘The Louvre’, a track that describes feelings of euphoria and being on top of the world; the synths swell as the influence of Flume on production makes itself known as a lo-fi post-dubstep beat grows into the track. The brilliant metaphor of the Louvre describing an art-like love that has become old and outgrown is marvellous, and only further showcases Lorde’s raw ability.

If Pure Heroine announced Lorde as the next pop behemoth, then Melodrama cements that position. The record is one of great maturity and wonderful range; from the chart-pop of ‘Green Light’ to the poignant ‘Liability’, the record captivates and enslaves the listener to the teachings of Lorde. By the age of just 20, Yelich-O’Connor has already written two albums which will be remembered for decades to come, the exciting (and scary) fact is – this is only the beginning of Lorde’s journey. (8/10) (John Tindale)

Listen to Melodrama here via Spotify, and tell us what you think below!