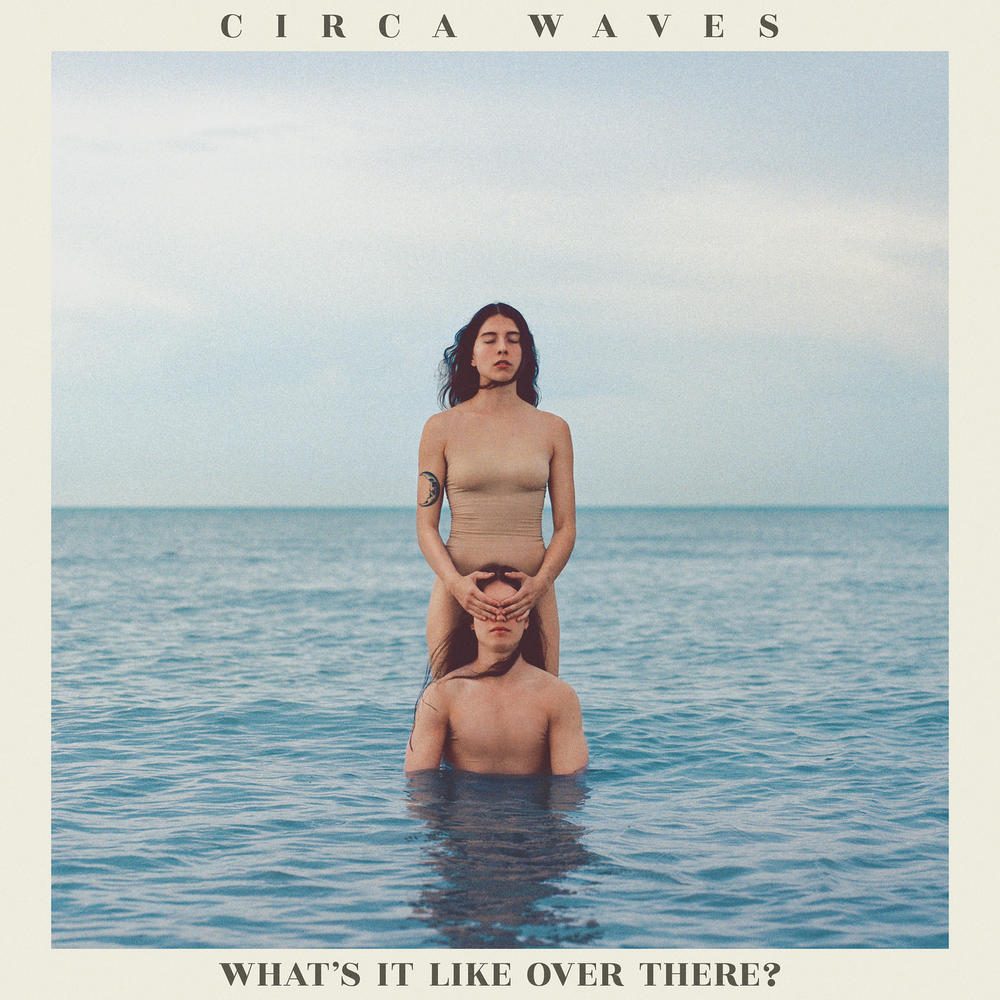 Worn-out musical inspirations and lazy songwriting make Circa Waves’ third album ‘What’s It Like Over There?’ a significant let-down.

British indie rock band Circa Waves was formed in 2013 by vocalist/guitarist Kieran Shudall, after getting nowhere with multiple garage rock bands, and his new group was quickly snapped up by Virgin. Strongly influenced by Arctic Monkeys and The Strokes was their 2015 debut album Young Chasers – very much a run-of-the-mill release but contained promise. Their 2017 follow-up Different Creatures capitalised on what their debut entailed with more cohesive production, that brought all the elements together harmoniously and resulted in some excellent and more mature songwriting and subject matter. It didn’t quite do enough business to outperform that debut, however, and so Circa Waves are no longer in the major leagues. So, what does the Liverpool quartet’s newly-released third album What’s It Like Over There? offer in 2019? Disappointingly, very little indeed.

Instead of going even further with what they achieved on Different Creatures, Circa Waves have decided to play it way too safe. Whatever identity or personality they had establishedhas now been flushed down the toilet. The overarching problem with What’s It Like Over There? is lazy and unadventurous songwriting. It feels as though the band don’t want to veer off in their own direction. It’s an album of regression beyond anything they had recorded previously. Once you get past Circa Waves’ indie veneer, there is only a modicum of depth that follows.

The main question is are there any positives to this album? Here, the band literally save the best ‘til last with tracks ‘Motorcade’ and ‘Saviour’ closing the album’s half-hour runtime and hinting at what the group have already proven themselves to be capable of. It’s only when you listen to the former that one starts caring about Shudall’s vocals, which have been mostly lacklustre up until that point on the album. Sam Rourke’s bass tone is especially grimy on the latter which adds excitement, and the guitar melodies provide a much-needed drive. But at this point, it’s too little too late.

Unfortunately, these two tracks do not even come close to redeeming the mundane nature of the previous eight tracks. ‘Passport’ is a key example which showcases these dull piano chords that drag and bear no emotional weight. The general issue with What’s It Like Over There? is just how derivative everything feels, as though you are hearing recycled iterations of songs written by other British indie and alternative bands.

‘Be Somebody Good’ sounds like an underwhelming re-tread of early Arctic Monkeys; ‘The Way We Say Goodbye’ feels formulaic in places where the song builds up gradually, but there’s no lift-off at the end; and ‘Times Won’t Change Me’ is an inferior version of ‘Laura’ by Scissor Sisters thanks to yet more dreary piano chords. This album’s bane, however, is its opening gambit ‘Sorry I’m Yours’, preceded by the 20-second title track. Here, Circa Waves attempt to construct a grandiose chorus with lasting flair but instead ends up falling flat in terms of expectation, leaving the listener irate at how pretentious the song is.

What’s It Like Over There? is doubly disappointing considering it’s the product of a band that displayed the talent and means of making a stellar indie record in the very recent past. Thanks to derivative and lethargic songwriting, the mediocre production and uninspiring vocals, Circa Waves’ third LP simply pales in comparison to its predecessors. (3/10) (Harry Beynon)

Listen to What’s It Like Over There? by Circa Waves here via Spotify, and tell us what you think below!