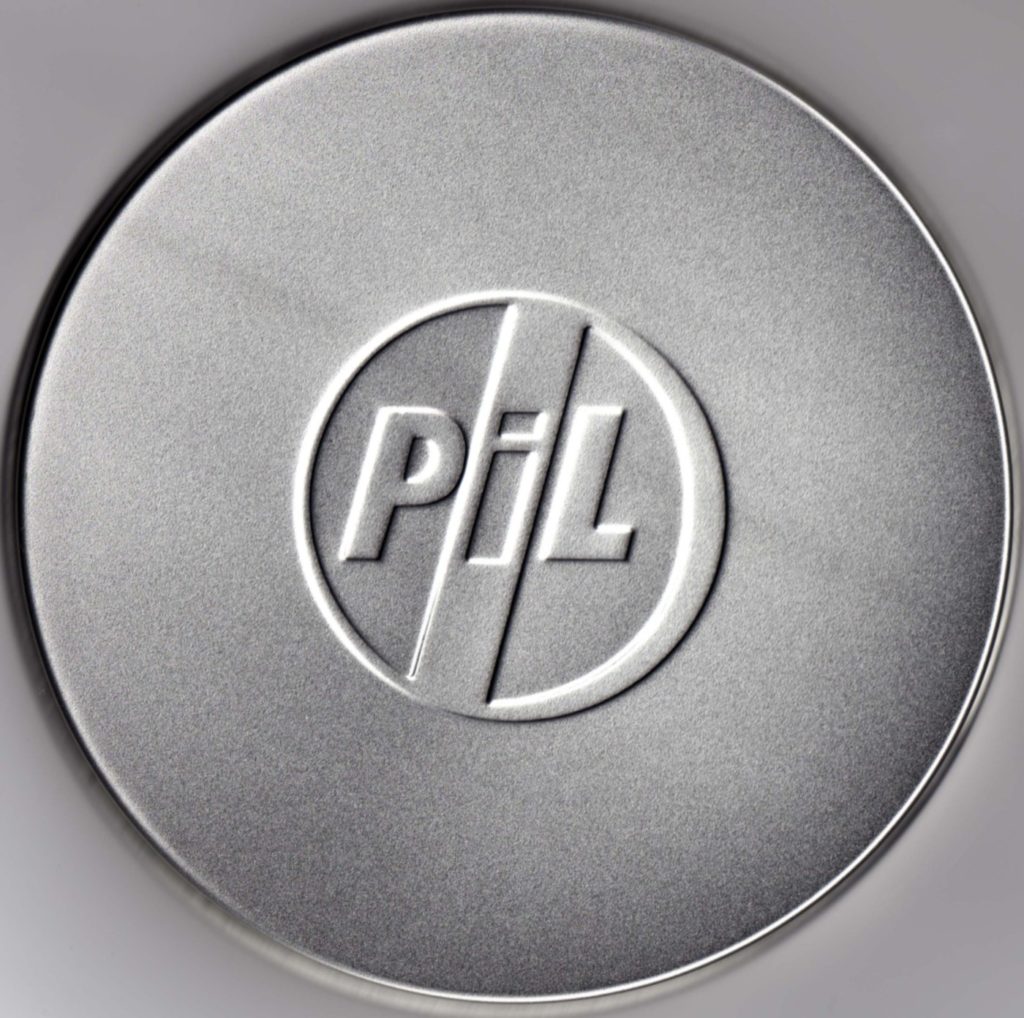 If you listen to the opening few minutes of the Sex Pistols’ debut album, the cacophonous deluge of ‘Holidays In The Sun’, immediately followed by the gloomy, dank ‘Albatross’ that heralds Metal Box, the second studio album by Public Image Ltd., it’s incredible to remind yourself that they’re both the work of the same person. Released just 25 months apart from each other, John Lydon had undergone about as drastic a musical overhaul as it’s possible to imagine in pop – from the rasping onslaught of first-wave punk to a dub-influenced, 11-minute post-punk epic, the man formerly known as Johnny Rotten had abandoned his trademark sneer and affected a groaning baritone.

But although he was now a man in control of his own destiny, out from under Malcolm McLaren’s thumb of creative control, the relationships between the members of PiL at this point were as acrimonious as those between the Pistols. Metal Box, for all its rightfully credited influence, is also the sound of a band falling apart, one of those occasional masterpieces borne out of rivalry and mutual loathing in the studio. Lydon, bassist Jah Wobble and guitarist Keith Levene (who had been kicked out of an early line-up of The Clash) were increasingly at each other’s throats, notwithstanding the manner in which their creative gifts perfectly dovetailed. The group had to utilise a succession of session drummers during recording, none of whom are credited in the liner notes, after the departure of original percussionist Jim Walker earlier in 1979.

Public Image Ltd’s debut album, Public Image, had been an enjoyable experiment in texture when released in December 1978, a refreshing change of setting for Lydon’s voice and one that saw make a highly confident clean break from the Pistols. Metal Box, however, was something else entirely. Its title derived from the manner of its presentation – the album’s first pressing came as three 45rpm 12” vinyl discs in a grey metal movie can embossed with the band’s logo (all subsequent re-issues came in regular, cheaper packaging, titled Second Edition). This wasn’t just for novelty effect, however – as well as being an anti-rockist statement about deconstructing the album, the increased space and sound quality afforded by the wider grooves of a 45rpm record meant that Public Image Ltd. could explore their ideas at length, and gave them the opportunity to embrace wider influences, most notably dub and krautrock. Jah Wobble’s cavernous, elastic bass playing, for example, was the main beneficiary, made more prominent in the mix.

Exemplified by the ominous, vertiginous hums of bass that open ‘Albatross’, everything about PiL’s sound was now heightened or deepened. The longer songs seared themselves onto the listener’s consciousness, the repetitive, quasi-industrial grooves and claustrophobic walls of noise seeming to close in from all sides. Levene had made use of specialist aluminium guitars throughout the process to achieve Metal Box’s sharp, onomatopoeic sound, that harsh and abrasive sense of constant confusion that swirls around proceedings. It was about as far away from the amphetamine rock riffs of Never Mind The Bollocks… as one could imagine.

Unlike with the Sex Pistols, Lydon’s voice on Metal Box is not placed front-and-centre of the mix, instead just one of many focal points for the listener to zero in upon. Occasionally, it serves as the eye of the storm, such as on the intense maelstrom of ‘Chant’, with Lydon hollering to be heard among the claustrophobic guitar screeds and intense, militaristic drumming like it’s some Orwellian two-minute hate – the muttered, robotic mantra “hate, bomb, war, kill” repeating over and over in the background throughout. The martial beat and alien backdrop to ‘Careering’, with a weird, steadily rising tone nagging away in the backdrop, feels like a panic attack set to music, is the perfect encapsulation of Metal Box’s sound, as is the tethered, taut bass riffs that squelch away in the background on ‘Memories’, contrasting sharply with Levene’s screeds of metallic noise. The violent instrumentals ‘Graveyard’ and ‘Socialist’ also make a bracing impression, the former even recalling the rough and ready nature of early British rock’n’roll.

Indeed, there’s a malevolent bleakness at the heart of Metal Box that constitutes its primary theme – the industrial, monochrome hues of the music reflected in Lydon’s cries of anguish, frustration and resignation. Sometimes it’s turned inwards on the singer, such as on the pitiless dirge of ‘Albatross’ whose lyrics speak of illness and struggle, or the hypnotic yet harrowing ‘Swan Lake’, released in slightly remixed form as ‘Death Disco’ as a single and which was written for Lydon’s mother who was dying from cancer. Raging against the futility of that suffering, his performance is astonishing, delivering lines “Never no more hope away / Final in a fade / Watch her slowly die / Saw it in her eyes” with a cri du Coeur as powerful as anything from ‘Anarchy In The UK’.

On other occasions, that malevolence would be turned outwards on society in the same way as the Pistols. ‘The Suit’, powered almost entirely by Wobble’s snaking, slithering bassline, takes aim at the suburban man of routine (“Tennis on Tuesday / Sipping champagne / Football on Sunday / Home on the train”) in much the same way as Paul Weller did on The Jam’s acidic ‘Mr. Clean’. ‘Careering’ addresses much the same topic, asking cynically “is this living?” The murderous ‘No Birds’ contrasts English suburban tranquillity and complacency with the febrile atmosphere in Northern Ireland and its Troubles. Lydon’s abstract and poetic lyrics such as “a layered mass of subtle props” and “a caviar of silent dignity” make for some of the finest writing of his career, always an underrated aspect of his artistry where critical analysis focusses on the nature of his vocals.

Then there’s ‘Poptones’, surely in contention for the most distressing and downright ugly song in pop’s canon. Written with caustic irony from the perspective of a real-life rape victim, whose perpetrators were identified when police found a cassette of the inane pop music that they would play while committing their crime still in their car stereo, it’s a song of quite staggering misanthropy – not just because of the gory details, but the way they’re dispassionately delivered in Lydon’s reedy sigh, reinforced by the queasy, lurching bass.

After the controlled, pinwheeling chaos of the previous 55 minutes, Metal Box ends on a radically different note to anything else contained within it. The ambient closer ‘Radio 4’, a restful instrumental recorded almost entirely by Keith Levene and consisting of radiant keyboards and a simple bass line, offers some kind of shelter from the album’s fallout. But, although lyricless, in many ways it’s just as ironic and pointed as a track like ‘Careering’ or ‘No Birds’, a faint sense of unease behind its impassive mask.

When listening to Metal Box, it’s important to remember that, for Lydon,Public Image Ltd. was his attempt to find a vehicle for self-expression free from the constraints and pressures of expectation, which was precisely why he walked from the Sex Pistols in the first place. The addition of ‘Ltd.’ emphasised his desire for the Public Image project – no egos would be allowed to get in the way of the collective goal. That ideal wouldn’t last long, however. Exhausted by disastrously organised tours in the first year of their existence, the line-up that created their masterpiece didn’t last much longer, with Jah Wobble quitting soon afterwards and, around the time of the percussive, extremely listener-unfriendly Flowers Of Romance album in 1981, Levene as well. Subsequent PiL albums met with mixed fortunes, and, despite a clutch of decent singles – some of which, like 1986’s ‘Rise’, remain rock radio favourites – Lydon was stuck in limbo by the mid-Nineties, with Virgin refusing to release him from his record deal yet not allowing him to make any music. PiL still tour now, with a brace of decent comeback records released in the 2010s, but they absolutely never recovered the sense of focus or ingenuity of Metal Box, the undisputed zenith of their creativity.

Other than a handful of albums like Gang Of Four’s Entertainment! or both of Joy Division’s records, there’s nothing else that rivals Metal Box as a more complete expression of everything that post-punk could be. It was cold, claustrophobic, subterranean and ruthlessly futuristic, but without completely ditching the pop aesthetic in the pursuit of artistic novelty. Furthermore, it’s a much greater insight into John Lydon’s artistry and personality than the caricatured, stylised Sex Pistols was.

Listen to Metal Box by Public Image Ltd. here via Spotify, and tell us what you think below!