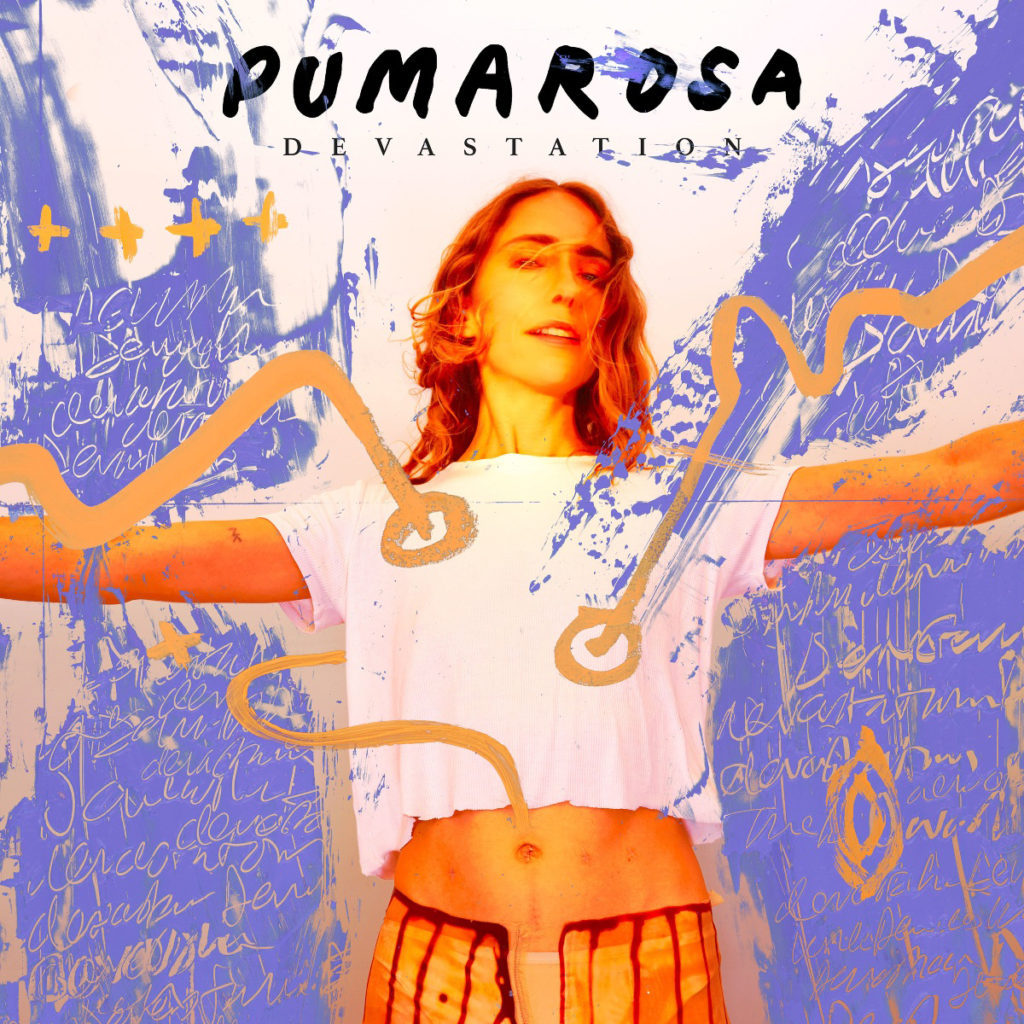 Since their first release ‘Priestess’ in 2015, London-based five-piece Pumarosa have been forging and refining their electro-punk sound; anthemic yet angst-ridden, driving yet dreamy. Their latest album release Devastation sees their music dive into much darker heavier territory than in their previous work. The material heard on Pumarosa’s 2017 album release The Witch verged more on the side of psychedelic pop, but Devastation has taken the group into the depths of gritty space rock.

The album begins with the hard-hitting drum intro of leading single ‘Fall Apart’, throwing the listener straight into a heavy, almost industrial groove. The haunting vocal style of singer-guitarist Isabel Munoz-Newsome sets a great tone for the rest of the album, with an eerie delivery, a slight distortion. Throughout Devastation, Pumarosa set about exploring the boundaries of this sound, and push the limits of what emotions they can evoke in the listener without any of the tracks sounding out of place in the work as a whole. From the lighter, wistful psychedelia heard on ‘Heaven’, to the post-apocalyptic sludgey drive of ‘Into The Woods’.

Overall, Devastation is a fantastic collection of gloomy space music. The consistency in the style and sound throughout really gives the sense that this album is a whole piece of work, with a considered tracklist to guide the listener through the appropriate peaks and troughs. Pumarosa have seamlessly fused harsh electro rhythms and intense murky guitar tones to create an exciting hybrid sound that they can claim as their own, and hopefully the group will continue to nurture the unique features of their music, and make more consistently good material. (8/10) (Jacob Kendrew)

Listen to Devastation by Pumarosa here via Spotify, and tell us what you think below!