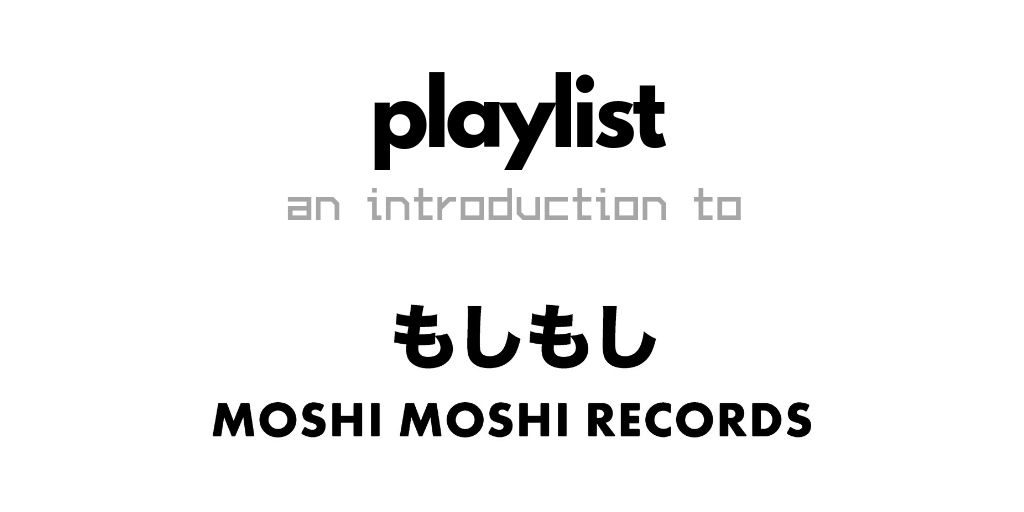 Founded in late 1998 in London by two former major label A&R men, the avowedly independent Moshi Moshi Records has consistently played a small but crucial part in the British mainstream and indie music scenes. Responsible for launching the careers of Bloc Party, Friendly Fires, Disclosure and Hot Chip among many others – including a certain Florence Welch – by being a home to them as they developed and found their feet, Stephen Bass and Michael McClatchey have sometimes had to fend off accusations of being hipsters. But their track record of discovering and promoting major new talent is second-to-none.

Throughout its 20-year lifespan, the intention has always been for the roster and output to reflect the founders’ eclectic musical taste and not be restricted to any particular genre. Rather, like Bella Union, Saddle Creek or 4AD, Moshi Moshi’s name has become associated with an attitude rather than any one sound. That cosmopolitan ideal is represented in the label’s name – ‘Moshi Moshi’ is a Japanese telephone greeting that doesn’t technically mean anything in that language. “I like to think that it’s sort of all pop music,” Bass told Tiny Mix Tapes upon the label’s 10th anniversary about its aesthetic. “I don’t want Moshi Moshi to be an exercise in being cool.”

As a result, Moshi Moshi been able to put out albums from eventual massive stars like Florence + The Machine as well as resolutely avant-garde auteurs such as Anna Meredith, or indie bands ranging from future major label stars such as Slow Club to cult acts like Architecture In Helsinki and The Wave Pictures, without any confusion as to what the label stands for. Sometimes it can only keep hold of artists for a single or two, other times they become roster stalwarts, but that’s how independents must sometimes survive.

In addition to its output as a record label, it has publishing and management arms. It’s held intermittent monthly events at clubs in east London, and also maintains a presence hosting stages at the influential SXSW festival in Austin, Texas, as well as at Brighton’s The Great Escape in Britain. That’s not to mention the subscription-operated Moshi Moshi Singles Club, which has issued one-of-a-kind singles by the likes of Lykke Li, Casiokids and the aforementioned Florence + The Machine.

This month, the label is releasing a special 3xLP compilation, wordily titled Film Idea: Musician At Self Employed: A Record Label Tries To Make A Difference: Romantic Comedy, to mark its 20th anniversary.

Click here to check out our Beginner’s Guide to Moshi Moshi Records playlist over at Spotify, or by scrolling below!