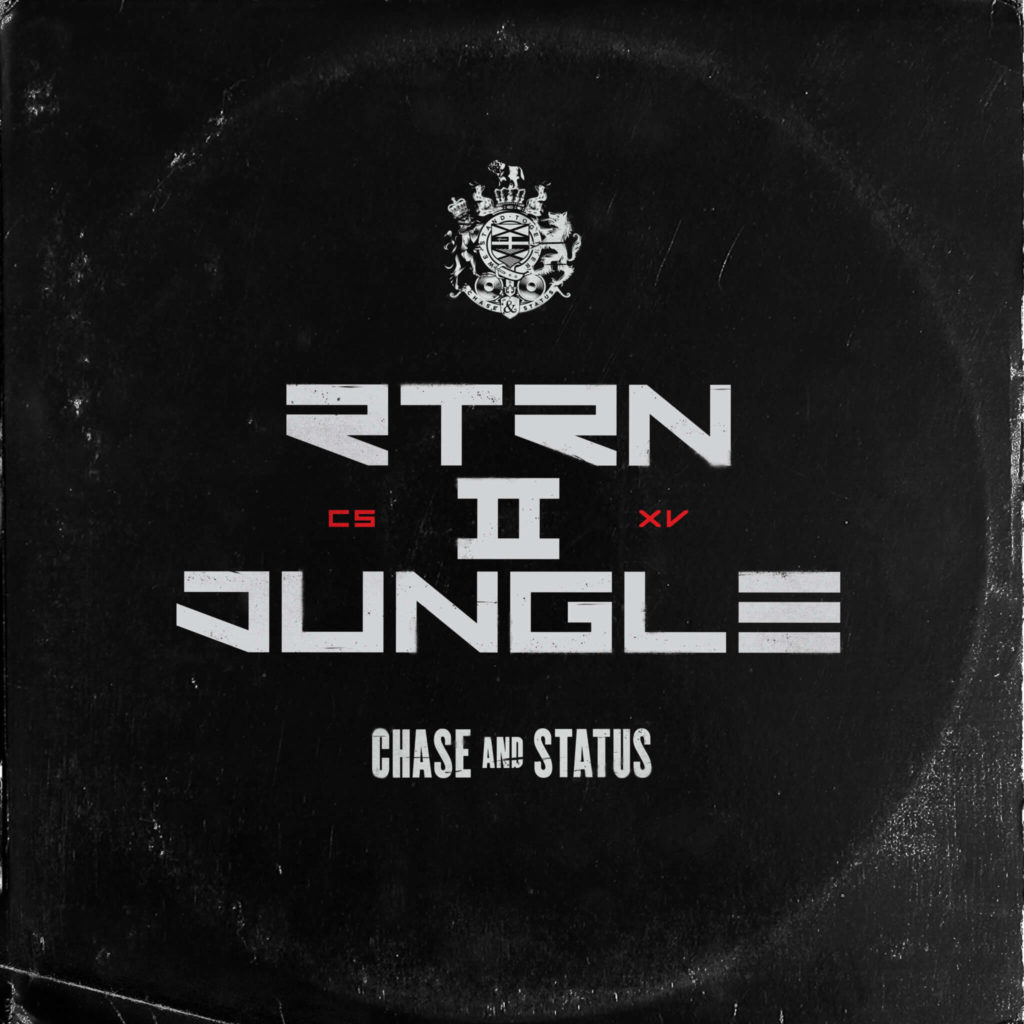 RTRN II JUNGLE is a name well-suited to this newest album from Chase & Status. The electronic duo, consisting of Saul ‘Chase’ Milton and Will ‘Status’ Kennard rose in the dance music scene with heavily infused with drum ‘n’ bass or jungle basslines. This was typified early on in their career with one of their best-selling singles, 2007’s ‘Hurt You’ / ‘Sell Me Your Soul’. Naturally, as the pair gained more commercial success they drifted to a more commercialised, EDM friendly sound, as they opted for slower tempos and incorporated a blend of house and dubstep into their tracks. Two consecutive albums, their star-making 2011 effort No More Idols and 2013’s Brand New Machine, were filled with tracks of this subtype and exemplify a sound that sought to be as inventive as possible. With features from Pusha T, Major Lazer and Tempa T, Milton and Kennard pushed the good features of early 2010s electronic music.

From the opening track ‘Shut Up’, the fifth Chase & Status album, RTRN II JUNGLE taps straight into ‘90s nostalgia. The first couple of seconds are filled with the fuzzing and distortion of vocals, as if to conjure up the feeling of listening to a FM radio. The track is murky with darker, lower tones, and Suku’s vocals are deep and commanding, engaging the listener from his first few bars, barking “Yo, sit down, shut up”. The track is filled with anticipation, and eventually the percussion unfolds into a heavy, rattling breakbeat. ‘Murder Music’ is another standout track, with a dancehall influence deeply entrenched within the instrumental, it feels as if there is a whole different track hidden in it reflecting the sampling technique of early jungle songs.

The 12 tracks of RTRN II JUNGLE are neatly composed, perfectly synthesised jungle tracks, and this is ultimately what the issue with the album revolves around – it feels inorganic. Milton and Kennard did all that can be possibly done to pay homage to the pioneers and predecessors of the genre, spending a week in Jamaica recording a series of original dancehall tracks to sample and cut. When they launched the album, they had a huge basement rave at Blackmarket Records in SoHo. The album is also fully packed with big name MC and singers such as General Levy, Cutty Ranks, Natty Campbell, and Burro Banton, who all amp up the energy.

But because the album is built on the premise of nostalgia, it falls flat standing as a piece on its own. RTRN II JUNGLE revives many elements of popular jungle tracks, so much so that it can’t possibly deviate from this self-imposed ‘old skool’ structure. As a consequence, every track is stuck within the confines of having to be recognisable as ‘jungle’ and hides from experimentation. Jungle music became incredibly popular in the post-Thatcherite era of the early ‘90s, reflecting the realism and disenfranchised feelings of the youth who sought to escape through hedonism and rave culture. Obvious, therefore, why the sound could enjoy a revival in a post-Brexit Britain.

But like most forms of dance music, the genre has been reinvented, overworked, whitewashed, and co-opted by musicians far from its creators. RTRN II JUNGLE is an impressive 46 minutes on the surface, paying respect where it’s due, and highlighting the positives of the genre to the forefront. But it’s going to take a lot more than Chase & Status to see us return to jungle. (5/10) (Benita Barden)

Listen to RTRN II JUNGLE by Chase & Status here via Spotify, and tell us what you think below!