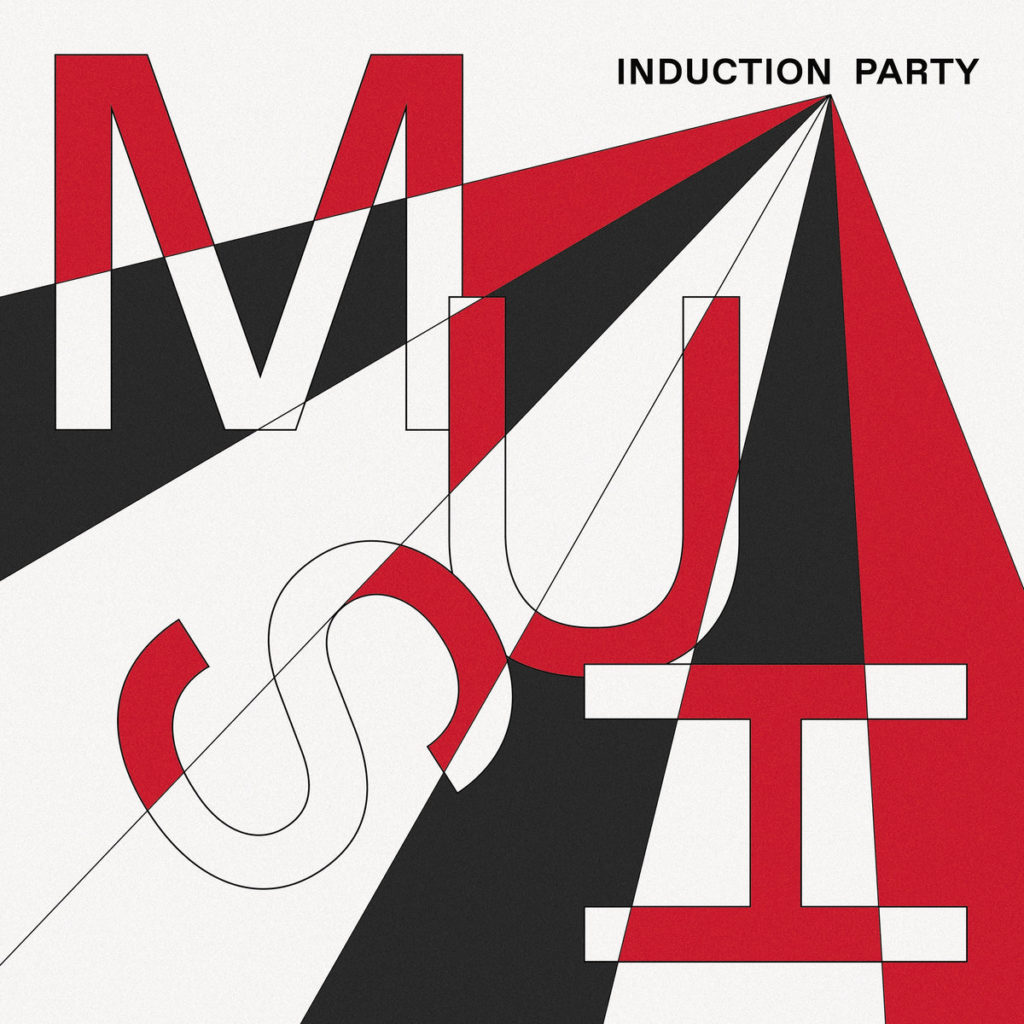 Delivered with restless energy and no small amount of humour, Mush’s debut EP ‘Induction Party’ continues to mark them out as one of the best British indie hopefuls.

The most promising new band to have emerged from Leeds in the five years since Eagulls briefly threatened to ascend to stardom, Mush are lodged in the fertile grey areas between the jingle-jangle of classic C86-era indie and the more inventive end of British post-punk. Their first EP since they emerged with their epic debut single ‘Alternative Facts’ around two years ago and took in last year’s excellent one-off ‘Gig Economy’, Induction Party continues the quartet’s increasingly rich vein of form to date.

Across its six tracks and 19 minutes, Induction Party comes across as having the same kind of effortless energy as the early Pavement tracks, albeit more focussed and strident. Mush may wear their influences proudly on their sleeves, right down to the vaguely Soviet-style artwork, but they successfully manage to imprint their own personality on proceedings. The jarring, jerky opener ‘Litvinenko’, referencing the Russian whistleblower and defector assassinated in 2006 and used as a spectre warning the present day of what states can still do to dissidents, is a great example of their M.O. Frontman Dan Hyndman’s discursive vocals, somewhere between Elvis Costello’s cynical sneer and David Byrne’s vulnerable yelp, suit the material perfectly, infused with the same strange combination of urgency and flippancy that makes Mush’s music so compelling.

Recent single ‘Operation Vaken’, with its meandering middle-section of false endings, and the frantic ‘Jackleg!’ plough the same furrow. ‘Dystopian Maps’ is much more traditionally ‘punk’ in its approach, opting for volume over the staccato guitar needles and jabs that dominate much of the EP, before the collections ends with the sprawling ‘Everyone Loves A Casualty (‘Cept Me)’. Throughout all of Induction Party, the tautness of Mush’s musical chemistry is in thrilling contrast to their tendency to colour outside the lines with flourishes of atonal improvisation.

The sideways, self-deprecating hollering of the trashy ‘Totally Derivative’ shows that Mush are more intelligent than your average band dabbling in politics. Like the similarly brilliant London three-piece Shopping, they reject the earnestness that typically hobbles such endeavours, by embracing a sense of humour and understanding that these tracks need to be fun, not dour and serious. They’re not professing to reinvent anything, and don’t indulge in anything remotely like rock-star bullshitting in their music. If their eventual debut album is anything like as clever and inventive as Induction Party, Mush could be the most important independent act of the last couple of years. (9/10) (Ed Biggs)

Listen to Induction Party EP by Mush here via Spotify, and tell us what you think below!