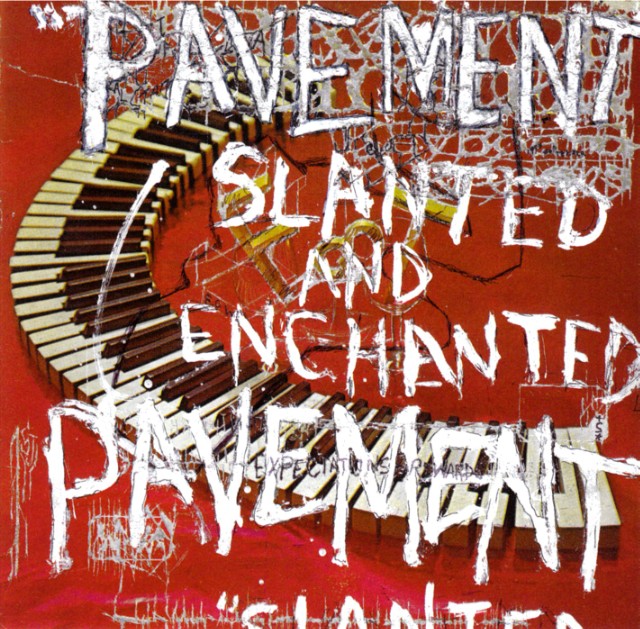 With their curious, angular songs and the hyper-literate lyrics and laconic vocals of their lead singer Stephen Malkmus, Pavement have been one of the most powerful and influential groups of the last 25 years despite their own reticence and tendency to shy away from the spotlight. While Nirvana broke down the door for alternative rock in 1991 with the cultural phenomenon that was Nevermind, it is hard to imagine the subsequent evolution of American indie as the 1990s progressed without the impact that Pavement had. Without them, it is hard to imagine the ‘lo-fi’ movement, the widespread turn to post-modernism and irony within the underground scene in America happening in the same way.

Apart from them, perhaps only Robert Pollard’s frighteningly prolific Guided By Voices can claim to have defined the sound of 1990s American indie more clearly than Stephen Malkmus and Pavement. But far from merely encapsulating its time and place, Pavement’s music transcends it entirely, and retains its charm and restless playfulness 25 years later.

Indeed, the success story of their low-budget and resolutely lo-fi debut album Slanted And Enchanted is testament to Pavement’s attitude toward the music industry in general. While initial cassette copies of it were distributed to critics and music publications without actual song titles in mid-1991 via indie imprint Drag City, its quality was so obvious that it was only a matter of time before it found a wider audience, and they made the transition to the even more prestigious indie label Matador shortly afterwards.

Pavement’s early EPs and singles (collected in the 1993 release Westing (By Musket And Sextant)) had come about as the result of what had originally been conceived of as a loose studio project between Malkmus and fellow guitarist and singer Scott Kannberg (a.k.a. Spiral Stairs). The band’s erratic original drummer, Gary Young, became involved in the recording process before he was fired in early 1993 for his increasingly bizarre behaviour. Bassist Mark Ibold and second percussionist / backing vocalist Bob Nastanovich joined later, when the time came to replicate these songs live. Recorded in the space of just seven days in Young’s garage for a cost of only $800, Pavement’s debut was born.

What strikes the listener about Slanted And Enchanted is how refreshingly free of convention it is, in terms of both structure and sound. Pavement may have been the inheritors of the ‘80s indie underground scene in America, following in the footsteps of R.E.M., The Replacements and Beat Happening by co-opting the jangly ‘college rock’ sound as a base template, but Malkmus’ idiosyncratic songwriting skills and his colleagues’ compositional abilities made it distinctively theirs, and the result was a distinctive masterpiece whose ragged edges and flaws inherent to its DIY process made it weirdly perfect.

When compared to so much of what had come before and came since in the name of ‘alternative’ rock foisted on fans by major labels, Slanted And Enchanted is still a subversive and liberating document. Combining a joyous love for noise and experimentation with unorthodox but distinctively pop instincts, Pavement’s early music is their most inscrutable and cryptic, whose enduring appeal lies in the fact that it does sound so unfinished and unpolished, as if it poured straight out of Malkmus’s head and onto tape first time out, with all the different ideas and influences allowed to stand in stark, unresolved contrast to each other.

Opener ‘Summer Babe’, re-recorded here and listed as ‘(Winter Version)’, is the perfect introduction to Pavement’s ethos and approach. Full of frustration and yearning, it’s a gorgeous slice of scuzzy, fuzz-fried indie, with Malkmus’s vocal style placed awkwardly between heart-on-sleeve romanticism and clever irony. His delivery is one of the keys to the enduring appeal of Slanted… – it is often described as ‘deadpan’, but that description doesn’t cut it. His voice is full of emotions, but somehow he is able to stand a step removed from what he feels. Suddenly, rather than being stated explicitly, they become undercurrents, of insecurity and doubt, that listeners must define for themselves.

The surging ‘Trigger Cut’ and powerful feedback blasts of ‘No Life Singed Her’, in which Young’s erratic drums sound like they’ve been pounded out on a cardboard box, complete an entertainingly ramshackle opening trio, after which Pavement explore their sound a little more calmly. The endearingly wobbly shuffle of ‘Zurich Is Stained’ reflects Malkmus’ defeated and downcast demeanour.

Elements of free jazz exploration creep into intuitive jam tracks like ‘Loretta’s Scars’ and the rattling ‘Fame Throwa’, while ‘Conduit For Sale!’ sees a ranting / spoken-word delivery embedded amid a feedback-strewn thrash, a track that became a live favourite when Bob Nastanovich took over the vocal part. Tracks like ‘In The Mouth A Desert’, a spectacular modern indie standard because of Kannberg’s spindly, soaring guitar lines, deal with environmental issues (“can you treat it like an oil well / when it’s underground, out of sight?”).

Another notable aspect of Slanted And Enchanted was how it fused American college rock sounds with British indie and punk influences. Malkmus has always been an Anglophile, but that aspect of his personality was often clearest on Pavement’s debut. The moody closer ‘Our Singer’ takes a very obvious cue from Mancunian legends The Fall, with its skittering hi-hat rhythm lifted clear from ‘Hip Priest’, and the loping angularity of ‘Two States’ is also strongly reminiscent of Mark E Smith’s gang. The ever-grumpy Smith ridiculed Pavement, but his bandmates are said to have taken it as an esteemed compliment from Malkmus.

The mellow, resplendent and clear ambience of ‘Here’ became a template for the likes of British indie rockers Coldplay and Snow Patrol more than a decade later, only with many hundreds of times more character and charm than these beige pretenders. Malkmus’s defeated opening couplet “I was dressed for success / but success it never comes” could be the epitaph for Pavement’s nearly-but-not-quite career arc as they flirted with mainstream acceptance in the mid-‘90s, when they toured with the Lollapalooza festival.

Reflecting on Pavement’s career in a 2010 interview, Malkmus stated that he thought Slanted And Enchanted was their finest achievement “only because it’s less self-conscious and has an unrepeatable energy about it.” He correctly identifies that there’s a sense of carefree experimentation, of friends just jamming in a studio and, perhaps unwittingly, creating sparkling indie nuggets that would become the gold standard for the alternative rock genre as it struck big in the 1990s.

Their DIY poster-boy status was one that Pavement bore reluctantly, because they never intended to be seen as anti-industry. Slanted And Enchanted wasn’t recorded in Young’s garage on a shoestring budget because of an ideology, it was just what they had to hand at the time – as Pitchfork points, not so much “do it yourself” but “do it regardless”. It is this that explains Pavement’s legacy: the way they made records at their own pace and on their own terms; when they wanted to, not when labels demanded it. They accepted big budgets and larger platforms where they could, but they were fine without it.

The expanded 2002 Luxe & Reduxe issue is an absolutely essential artefact, assembling B-sides, unused tracks, demos, John Peel sessions and live tracks from the era as well as the Watery, Domestic EP from 1992. Those added extras were again reissued separately as The Secret History, Vol.1 in 2015.

Pavement fans endlessly argue the toss as to whether Slanted And Enchanted or its 1994 follow-up Crooked Rain, Crooked Rain is the superior record. Both are unquestionably in the best 30 or so albums of the 1990s, and it’s tough to choose between masterpieces. But their final three records, Wowee Zowee (1995), Brighten The Corners (1997) and Terror Twilight (1999), are also albums to be treasured. For the sheer novelty of craft and ingenuity, though, it must be Slanted And Enchanted that takes the title: you simply cannot conceive of the 1990s music scene without it.

Listen to Slanted And Enchanted here via Spotify, and tell us what you think below!