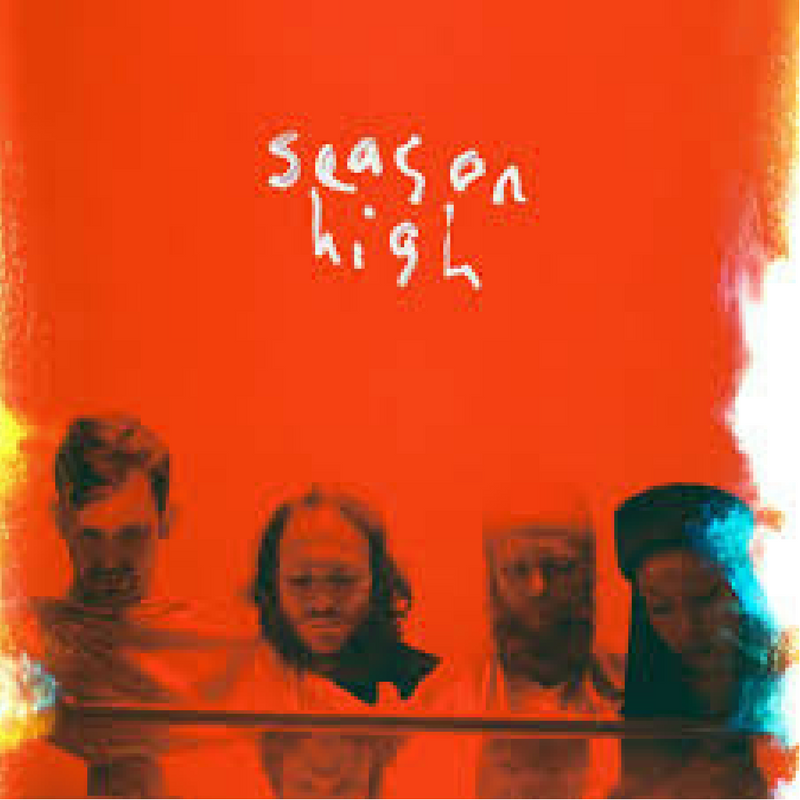 From ABBA to Swedish House Mafia, Sweden has given us a fairly eclectic mix of artists over the years. And somewhere between ‘80s cheese-pop and noughties EDM fits Little Dragon, an electro-pop three-piece from Gothenburg. Although formed in 1996, it wasn’t until the release of their self-titled debut album in 2007 that their combination of smooth dance beats and front-woman Yukimi Nagano’s even smoother vocals, really started turning heads. In particular, those of future collaborators SBTRKT, Flume and De La Soul to name but a few, as well as supporting Gorillaz on their massive 2010 Plastic Beach tour. As their success grew, the energy of their songs and the pitch of Nagano’s voice seemed to grow with it, before landing at their latest and sixth release, Season High. But is it the ‘high’ of their career?

Well, opener and lead single ‘Celebrate’ certainly points in that direction. With an undeniably catchy riff, it is four minutes of pure electro-pop joy that will clearly go down a storm in sunny fields this summer. With funky guitar work and even a sultry whisper of “it’s your birthday”, it at times sounds more like Prince than Prince himself; and that’s certainly no bad thing. Yet just as you’re strutting around like the King of Pop himself, next song ‘High’ brings you straight back down. A slow drum machine beat harks back to the R&B vibes of their debut, before getting all pumped-up again with the high-energy ‘Sweet’, whose frantic hook at times sounds like Pacman collecting yellow rave smiley faces rather than coins. Yet somehow, it works, demonstrating their eccentricity that has made them so desirable to fellow artists.

But if ‘Sweet’ is, in Nagano’s words, a “sugar rush”, then the rest of the album is something of a sugar crash. Having eaten one too many Haribo, Little Dragon then spend the rest of the album in a comparatively more subdued state. ‘Butterflies’ flits along, with generic lyrics like “go go go go, blow in the wind” that wouldn’t seem out of place on a Disney soundtrack. There’s a glimmer of renewed energy on the brash, confrontational ‘Should I’, only to be diminished again by ‘Don’t Cry’, by which time Nagono’s voice goes from sounding seductive to frankly whiney.

Following this is ‘Strobe Light’ which, you guessed it, recalls the feeling of losing yourself on the dancefloor. But its lack of oomph and failure to build to anything prompts no more than a gentle bop than any wild dancing. ‘Push’ has a similar effect, before the eight underwhelming minutes of ‘Gravity’ finishes things off in a remarkably unordinary style. Whilst this electronic minimalism has been mastered by the likes of Jamie xx and James Blake, it’s evident that it’s not Little Dragon’s forte. It’s an ending so far from the initial punchy, exciting first-half that you’ll find yourself checking you’re still listening to the same album.

That said, although it’s easy to dismiss the latter half of Season High as dreary, it’s only in comparison to the sheer energy of the first half that it appears so dispassionate. Yet what has always failed to make Little Dragon records that little bit more exciting or prestigious is that despite contributing to countless other artists’ work, they rarely ask for the favour to be returned. Whilst ‘Celebrate’ does indeed feature high-school friend Agge for a guitar solo, with a contacts book that’s surely brimming with big names, you can’t help but thinking that a few interesting collaborations wouldn’t have gone amiss. But Little Dragon’s saving grace is Nagano herself. Although the melodies of Season High might not always keep us dancing, even in the duller moments, it’s her unique and enticing vocals that will always keep us listening. (6/10) (Alice Williams)

Listen to Season High here via Spotify, and tell us what you think below!