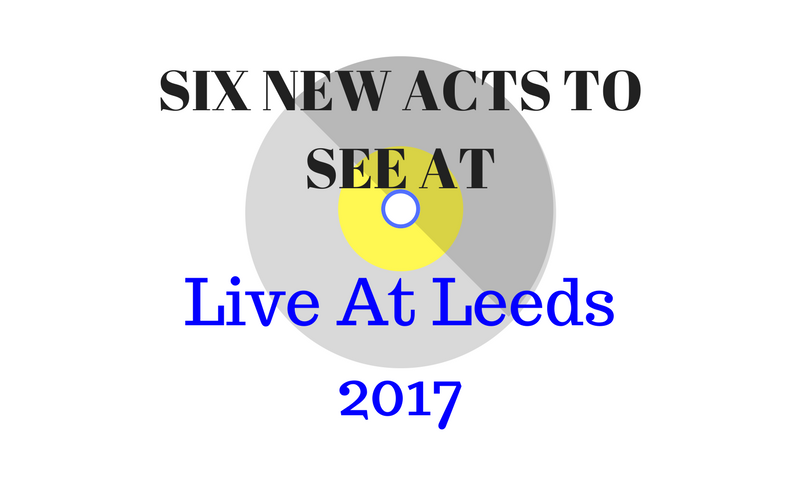 The eleventh edition of the award-winning metropolitan festival Live At Leeds is getting ever-nearer. The festival has always been able to provide the greatest emerging talent (last year saw Declan McKenna and Pumarosa wow audiences), whilst also grabbing some of indie’s premier acts with the likes of Future Islands and Wild Beasts set to perform explosive sets this year.

The festival is a quintessential example of having the opportunity to see the freshest acts in music take steps towards stardom. So, in the spirit of Live At Leeds, let’s take a look at 6 of the emerging acts you must see at Live At Leeds 2017.

If you’re looking for something a bit louder then look no further than Bristol-punks IDLES. The band have just released their debut album Brutalism, an album which looks like it will be at the top of many album of the year lists already, and the quintet show no signs of stopping yet. The album was recorded live with each track and three takes per song so as to encourage a sense of raw urgency – no track hits the four-minute mark and every beat is a jolt of pointed aggression (similar to Sleaford Mods) during its 41 minutes. IDLES live show has become something of a legend so be sure to see them live for a night to remember.

You can see IDLES play the Key Club (Dork Stage) at 7:15pm

A knack for unique percussion and an eye for pop make a viewing of Flamingods a must. The early years of the group were a testament to the internet age; with Bahrain-native Kamal Rasool unable to stay in the UK due to visa issues, the band recorded the album Hyperboa despite never being in the same room – instead, the album was made through the sharing of files online. The well-travelled group combine all of their influences (from South Asian drones to north African percussion) to show Flamingods are more than your typical indie outfit. Recent LP Majesty saw Flamingods release some of their best work yet; single ‘Rhama’ featuring a sequence of drones and disorientating guitars to create a unique style of psychedelia, whilst tracks like ‘Jungle Birds’ and ‘Gojira’ use percussion excellently to be able to create a frantic Goat-esque sound.

The Golden Age of TV

Combining an array of post-rock and shoegaze influences, The Golden Age of TV are making quite the name for themselves in the Leeds scene. Debut single ‘Between Each Brick’ was a great example of how to build a track, as influences of Public Service Broadcasting and the emo scene of the late ‘90s become apparent during its four minutes. Despite having just the one single, the five-piece have already been featured regularly on ‘BBC Introducing West Yorkshire’ and recently showed their potential as a live outfit during a live session on the programme.

You can see The Golden Age of TV perform at the Brudenell Games Room (DIY Neu stage) at 12:30pm

Read More: In Conversation with Brooders

Australian cousins Simon Lam and Chloe Kaul of Kllo (not Kilo!) sit on the lighter side of the musical spectrum, but their delightful ability to use textures and space makes the duo a must see. The production of Lam is a constant delight as he crafts an array of warm textures through his use of Kaul’s soft vocal (similar to that of Jessie Ware) and his use of space. Kllo have already demonstrated the ability to make luscious R&B in the vein of contemporary Nao (see ‘Sense’), though it is the sun-drenched UK garage sound of ‘Walls To Build’ and ‘Bolide’ which shows the two-piece hit their stride with a glorious pop sound.

You can see Kllo perform at Headrow House (Too Many Blogs Stage) at 3pm.

With a familiar blend of indie-pop Marsicans are proving themselves as one of the elite bands in West Yorkshire and a hometown performance at Live At Leeds will not be one to miss. The four-piece have recently had recent single ‘Friends’ shared by world-conquerors Coldplay to their near-on twenty million followers and with good reason. The track is a perfect example of the way Marsicans produce a tight pop sound that will surely find its way to the masses in the coming months.

Proving that simplicity can sometimes produce the best results, Áine Cahill is looking set to take the world by storm. Tones similar to Lana Del Rey are apparent on recent tracks ’27 Club’ and ‘Black Dahlia’, though the Irish starlet can also be filed in the same category as Adele. Cahill’s music wouldn’t be out of place in a 1950s jazz club with her neo-noir pop-stylings, and with new music still to come in 2017, be sure to check out Cahill before the demand gets bigger.

You can see Áine Cahill play The Chapel at 7:15pm