IN CONVERSATION WITH: Brooders 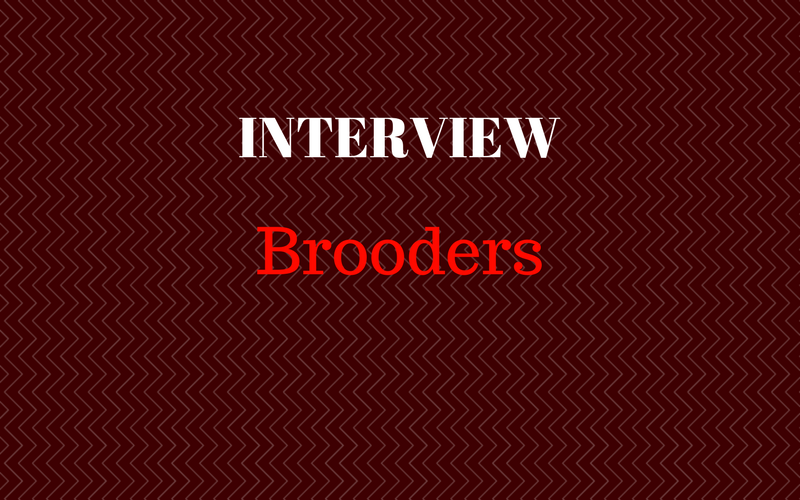 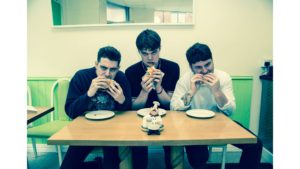 “Music is fucking great, isn’t it!” beams Adam Bairstow, lead vocalist and guitarist in grunge-psych band ‘Brooders’ speaking prior to their frantic first show at the world-renowned Brudenell Social Club in Leeds. Still, it isn’t all great for the three-piece as they battle against promoters, “arsehole” bands and the life of being a “disposable” commodity.

Brooders consist of the aforementioned Adam Bairstow, Adam Speare and Liam Naylor – the former and the latter founded the band in their college days before bassist Speare joined the party last year after the duo moved to Leeds for university. It has proved a fruitful combination thus far with the band having just released their acclaimed mini-LP (also titled Brooders) in the last month, a project which combined the raw, cerebral energy of the post-punk scene in the ‘80s with the dirty guitar sound of the early-‘90s.

“We recorded the album at Greenmount Studios about twenty minutes from where we live, it was a great experience,” explains Speare. “It took us about six months and we learned a lot about producing – I don’t usually enjoy working in a studio, but they knew their stuff.”

“And they contributed to the recording and a few of the ideas you can hear in the album manifested through them – they just came up with this vision of how we should craft Brooders,” says Naylor.

The process wasn’t an easy one for Bairstow, however, with the lyrical side of the album serving as a “diary of sorts” for the frontman. “The lyrics do come from a dark place… If you read into the lyrics and what I am trying to say, it’s a lot deeper than ‘we are a psych-grunge act’. There are some really moody and horrible topics in there. Take ‘Blue Eyed Prince’, that’s about my step-dad when he passed away and the coverage is quite intense and from the heart. I would never write about something I didn’t believe in.”

Throughout the interview, the trio remains calm talking openly. Brooders’ dynamic is there for all to see: Bairstow is the charming frontman who readily admits “I have a tendency to just chat with everyone for ages”, with Speare providing a typically British style of dry comic relief, whilst Naylor provides a calming balance between the two. So it seems somewhat strange to hear Bairstow recall a gig in Derby that didn’t go to plan.

“When we were a two-piece, we played with I Divide at The Vic in Derby. They came with this ridiculously big set-up with these massive drum kits and they wouldn’t move their stuff from the stage. Due to the lack of space I managed to trip over and I fell onto their drum kit and I am a tall person so I covered a lot of surface area,” says Bairstow.

“I like to move around on stage, I can’t keep still,” he laughs. He wasn’t lying, incidentally – by the end of this night’s live set he would find himself in the middle of the floor screaming on his knees into his microphone.

“So I apologised and offered to buy a drink for them and the lead singer was cool… The drummer was pissed though and he wasn’t having any of it. It was their fault though because they took up so much room on stage!”

“I will counter this by saying they were a sick band though,” interjects Naylor, as if to justify his bandmate’s words. Bairstow nods enthusiastically: “They were! I just don’t think we’ll be playing with them again. They were pissed with us and we were pissed with them… It was a mutual thing.”

The tribulations of being a small band are painfully apparent; playing small venues to even smaller crowds can be a testing of one’s mental fortitude. Yet what has proven to be the most testing thing of all has been the promoters they deal with along the way…

“Honestly, we are not bothered about money,” Naylor states. “The only thing that bothers me is when I have to drive there and we lose money!”

“As long as they pay petrol, we have all the gear so as long as we can get there and not lose money… the amount of gigs we have played and not made anything is ridiculous” agrees Speare.

Bairstow adds on: “the problem is that so many bands like us are disposable and it doesn’t matter how good we are; there are a million bands on the planet at our level, they may not be as good but promoters don’t feel like they need to pay us necessarily.”

“I promote stuff and try to at least give the bands free beer etc. [in reference to a gig they put on the night before] We made a loss last night, but it was a ridiculously good night!”

Naylor adds on “It’s so strange because at the end of the night we walk up and give the bands money and they’re like ‘holy shit, what’s that for!?’ and we are just like, ‘well… you just played a gig.’”

A visibly frustrated Speare supports: “we’ve had people just be really shifty with money and it’s just weird – only once have we made money from a gig”. “It’s like they don’t fucking understand that we spent our time writing and buying our own equipment and it’s like ‘come on, don’t scrimp out on twenty quid’. The amount of gear on a stage is worth thousands and none of us are going to make money.”

“We know bands at our level can’t expect loads, but we can expect to be paid the twenty pounds it just cost to get here and parking” agrees a now leant forward Naylor.

When asked about any plans for future music, it is a similar story. “We haven’t got any plans for recording because it’s quite expensive,” laughs Speare. “It’s an investment, but at the minute we are fucked for money… we are students after all.” The three now laughing look towards Bairstow: “long and short, if this interview leads to anyone wanting to throw some money at us then we will take it and we will spend it in the studio. This is something we love to do and we want to be able to afford it!”

Check out the mini-album Brooders here via Spotify!